When you cast this spell, draw four cards.

When Kozilek is put into a graveyard from anywhere, its owner shuffles their graveyard into their library. Butcher of Mana
by Wayward823 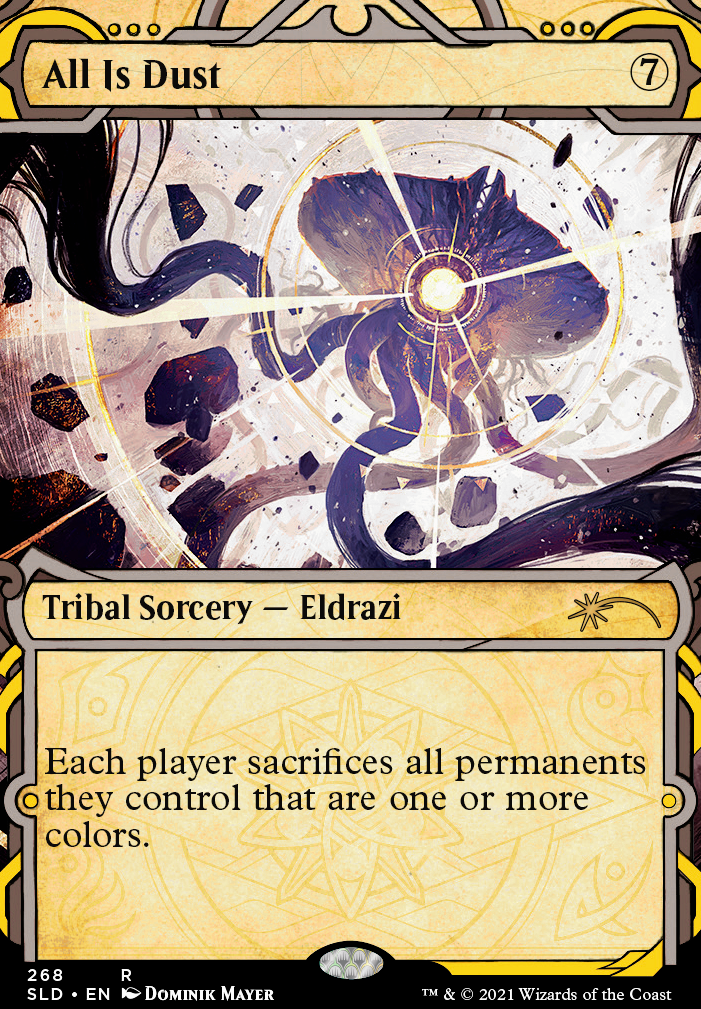 Kozilek, the Demon Butcher of Zendikar
by KingCarter

SATORU NINJA 'DRAZIES FROM THE BOTTOM NOW WE HERE
by DonQuatrero

OK! Now we are getting focused!! Last thoughts are as follows: Prismatic Lens to either Talisman of Creativity or Coldsteel Heart - same cost but better color versatility Fiery Emancipation - does not benefit from the experience counter discounts, really only boosts your 6 direct damage spells (not including creatures). Was thinking something different like Kozilek, Butcher of Truth in that slot. Since you will be drawing a ton of cards, any mill strategy will only speed up your demise. Having Kozi as a beater that insulates you from getting decked might be solid tech. Solemn Simulacrum - I know, this card was an auto-include staple forever, but in 2 color it feels too slow. No way to really return it or abuse it, and a 2/2 for 4, when you really want to cast your CMDR at 4 feels off tempo and slow. Maybe consider adding whichever rock you didn't choose before when swapping Lens. Now lands... Arch of Orazca is obviously good. My concern is that since you aren't playing a whole lot of permanents getting to 10 to use the draw ability will be arduous and mostly rely on lands to get there. Also, running 18 basics is a healthy number. However, can trim that a bit (I run between 9-12 basics on average, depending on the deck). Adding Karn's Bastion, Castle Vantress, Riverglide Pathway Â Flip and even Temple of Epiphany would help smooth out utility and color fixing and keep basics accessible.

Just wanna double check I have this right.

I have a few copies of Fiery Encore on the stack.

When I discard an Alchemist's Greeting to Fiery Encore, I have the choice of whether to resolve the Madness cast trigger or the Fiery Encore's reflexive trigger first?

When I discard a Kozilek, Butcher of Truth to Fiery Encore, I have the option to shuffle the graveyard into my library before or after the Fiery Encore trigger resolves?

And, as with spells that have you cast another spell as part of the first spell's resolution (like Baral's Expertise), players can respond and add things to the stack during the resolution of Fiery Encore because it puts new things on the stack to resolve as itself is resolving?

notorius-B.D.A.W.G on Will a spell with Learn, â¦

I am thinking that the spell will fully resolve first, the draw, and go to the graveyard, and then the trigger will be put on the stack, and if it resolves shuffle First Day of Class into my library.