Phantom Tiger enters the battlefield with two +1/+1 counters on it. 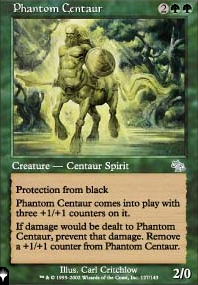 Brokkos: Whoomp, There It Is

Wow great suggestions. I have 2 playsets of Blackblade Reforged (it was a pet card of mine in standard) I can't believe I didn't think about it.

I hadn't considered the interaction with hydras... especially Protean Hydra It works the same way with phantom creatures like Phantom Tiger etc. I may have some tweaking to do.

You have excellent taste.

Too bad there's no room for more flavorful cards.

some cats to think about

@xrex479 we already have Spirit of the Hearth and Phantom Tiger; so a legendary cat spirit isn't far-fetched