Whenever Deus of Calamity deals 6 or more damage to an opponent, destroy target land that player controls.

Ralph Destroyer of lands
by thatoneginger28

Phylath, Slash and Burn
by Cynic67 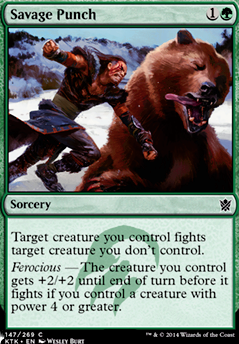 I've been brewing a similar list. Albeit mine isnt exactly budget (Wheel of Fortune which is actually a pun with Klothys lol). Steam Vines is another version of Kudzu and running both would just seem hilarious. Shivan Wumpus and Argothian Wurm are decent cheap beaters that you can sneak out that no one will want to sac a land for. Deus of Calamity is another good beater. All these beaters do what we want, I.e. speed up games or cause LD. Stoneshaker Shaman, Price of Glory, and Citadel of Pain are pretty cheap ways to stop counter spells from blocking the mana intensive LD (Price of Glory is well worth the $10 tag). Other than that you may want some card draw. Something like Cathartic Reunion and other cantrips/cheap ways to draw. Reforge the Soul is another solid $10 upgrade should you want to increase the budget. Groundskeeper is a good budget puedo-Crucible of Worlds and lets you get some lands back.

Acidic Slime was the second to last card I cut from the deck to bring it down to 100. I absolutely want it in there, but I can't justify losing something else with a lower mana cost. Which leaves Feast of Worms, Frenzied Tilling, Volcanic Offering and Deus of Calamity as the only spells at 5 CMC, none of which I really want to trade out for the slime. Playtesting will decide if I'm wrong.

As for mana dorks, I also already had that thought, and your certainly in the right to mention them. By the same token, I've stared at this decklist forever, saying to myself "surely there's a way to fit a Sol Ring in here!" But I really haven't figured out how.

The deck is a slow, grinding victory sort of deck. It operates on resource denial, often at its own detriment. However, the land fetch and land recurrence keeps its own mana base alive, while the opponents have to keep rebuilding. And while it doesn't have an incredibly low curve, it also doesn't have any big-mana spells either.

So I'm torn. I feel like I have to have as much land destruction as is in there to do what it does. I don't know; which cards would you take out for dorks?

Saskia is itchy and hateful

After doing lots of tweaking, refining, etc, deck now down to 61 cards, 23 lands. Put in 2 Deus of Calamity to replace Goblin Dark Dweller.

Deck very consistently destroys lands turns 1,2,3. Then turn 4 either destroys a land or gets Deus or even Charmbreaker out. Turn 5. Same. Turn 6 same. Turns 7,8,9 land destruction starts to slow down if dont get Deus, Charmbreaker out. Land destruction still happens 1 every 2,3, 2.5 turns. Deus, Charmbreaker or Hoard Smelter dragon are usually out by then. 4,5,6,7 opponent lands have been destroyed. Opponent down to 0,1,2 lands. I have about 5,6,7,8 lands, mana out per turn.

Turns 10, 11, 12. Guaranteed a Semi Finisher out, game over for opponent by then. USUALLY there are RARE exceptions.

Deck does not do well IF IF it ever does not destroy land turns 1 thru 4. If that happens. Extremely unlucky draw, deck will probably lose. Get game over with, and move on to the next game.

Also if Mulligan or double mulligan, when needed, that helps deck to be even more consistent, not get stuck with a bad luck draw that loses.

That why have Veil of Summer, Surgical Extraction, Slagstorm in sideboard.

Then turn 3 cast a land destruction spell, destroy land. Attack opponent. If opponent have no blockers, then deal 6 damage, destroy another land.

If Opponent does not have any removal that can cast, then Oppenent likely to scoop turn 4, 5.

But deck USUALLY wont get out Deus on turn 2 like that, so deck will not like, do well vs a turn 1,2 win deck.