: Pestilence Demon deals 1 damage to each creature and each player.

Pestilence Demon occurrence in decks from the last year

Black and Blue Zombies are coming for you
by Angulus_Supera 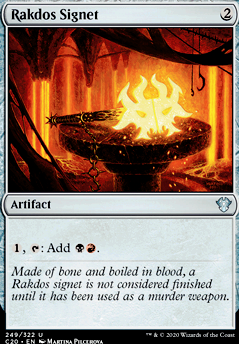 krrik [Clive Barker would have approved]
by leviathan707

That's Not How Money Works

I like your style bro, nice deck. I see you're running Pestilence Demon as a wincon, maybe you can test Thrashing Wumpus since it costs less to cast.

Honestly can't think of any good budget cards I could suggest. Your average cmc is a little high but k'rrik has fun with that. Maybe recommend Bojuka Bog, Read the Bones, Defile, Feed the Swarm, Mind Stone, Repay in Kind, Animate Dead, or Pestilence Demon as good budget cards if you need to make some budget cuts. I like the deck though, it has much better synergy than just good stuff black I think, it's focused on gaining life and dealing damage, which is what is expect from a Chad like K'rrik

multimedia those are some good suggestions. I like alot of them. I really like what you said about chainer. Coveted Prize is cool but getting a full party is Christmas land. It's not gonna happen. I also really like robber of the rich. I may find room for alot of these.

seshiro_of_the_orochi I really live demons. Also being able to destroy all creatures at a touch of a button is great but I dont want to wipe out my creatures too. There will be no Crypt Rats, Fire Ants or Pestilence Demon's in this deck.

Pestilence Demon would like to talk to you. It's an expensive wrath, but it works. Also, as many of your own creatures will propably die, how about Garna, the Bloodflame?