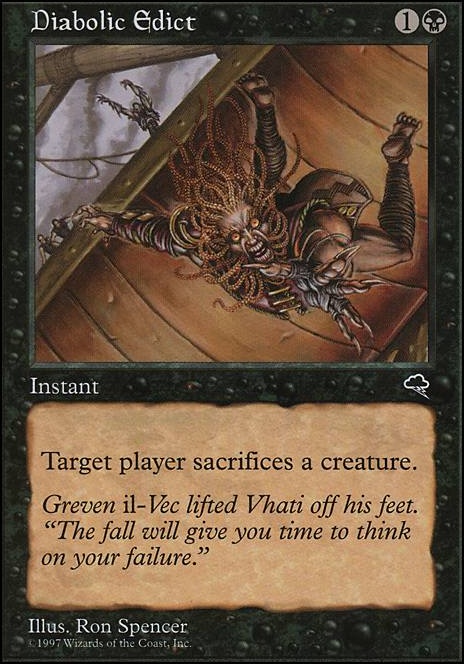 Diabolic Edict occurrence in decks from the last year 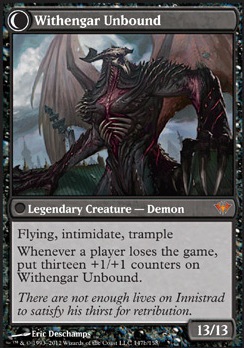 Whats yours is mine and whats mine is DOUBLE mine!
by supernova776

Living from your sacrifice / L4
by Drannas

And then there were none
by Lo_Pan 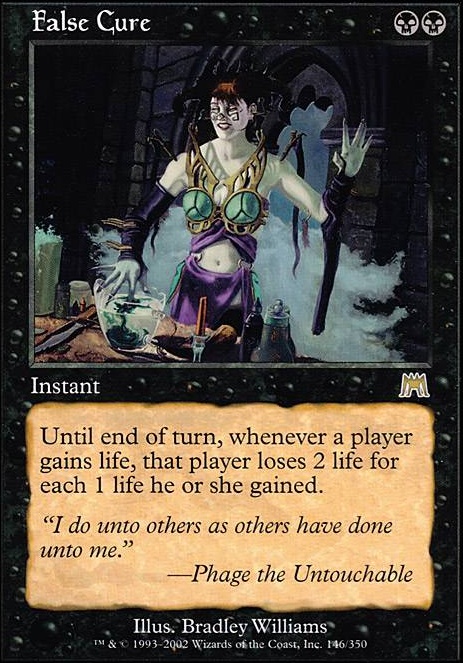 Diabolic Edict could maybe be replaced by Liliana's Triumph?

It is difficult to interact with but I don't think its unreasonable. Every color aside from green offers a mainboard-able (though some maybe sideboard only) solution to the token and there is likely one for green I haven't found. Examples include Path to Exile, Blood Moon, Vapor Snag, and Diabolic Edict. The combo is also subject to increased variance due to the reduced access to fast mana.

Peat Bog can help you putting some rats earlier. 2 Barren Moor will avoid some floods. And 1-2 Bojuka Bog against tron or any deck that use the grave. Cast Down in the Victim of Night slots and Chainer's Edict in the Diabolic Edict. Maybe 4 Sign in Blood and 19 Relentless Rats, but i'm not sure about it.

So some more fine tuning below:

Still looking for suggestions, and feedback :)