The Very Hungry Dragonborn
by ArizonanDragonborn 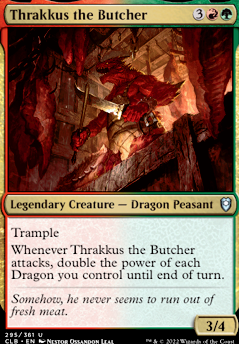 Elves every were
by Localmarine 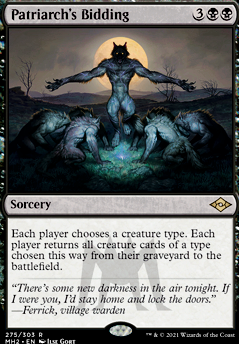 FIX MY SLIVERS
by NoMoneyMTGPlayer 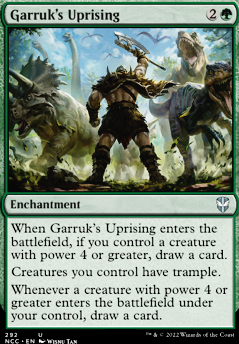 Deck looks good, I'd think of adding these in: Realmwalker Descendants' Path Syphon Sliver Triumph of the Hordes

Niko9 this deck used to run on Muraganda Petroglyphs; I can't be expected to remember what cards do! but Ayula changed that and Realmwalker solidified it.

Descendants' Path is kind of a budget Aether Vial but is cute to activate Mutavault on upkeep, we'll see if I ever want to make that investment.

Ha, yep : ) I mean, in every other way than "being a magic card" Bear Cub is strictly better than Skylasher. Art, better, flavor, way better, cuteness, so much, and being a bear, yep that too. But yeah, sometimes things do feel kinda pushed. When I played against a friend with a Questing Beast in their deck, they'd often forget about abilities. I feel like that's when there may be too many on a card : )

Also, sidenote, but Descendants' Path seems amazing in this deck. I love that you don't bears to just bears, you bears to effectively bears!

@rwn1971 thank you for stopping by and visiting the recipe guide! that is indeed a spicy include, however, at the moment theres less then 30 creatures in deck, and usually Descendants' Path i'd want if the deck had 35-40ish, at least from my experience which is why i'm running Herald's Horn in functionally the same place. 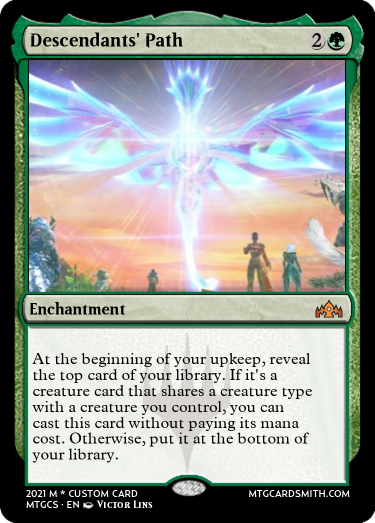