As Arcane Adaptation enters the battlefield, choose a creature type.

Creatures you control are the chosen type in addition to their other types. The same is true for creature spells you control and creature cards you own that aren't on the battlefield.

Illustrious, Queen of Vesuva
by chukapriest 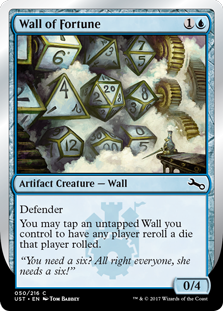 I know that Unesh, Criosphinx Sovereign is a great card to combine with Arcane Adaptation.

How does this interaction work exactly if i want to play a morph card? Is the cost reduced to 1 Mana and am i able to use the ETB-effect from Unesh?

Maelstrom Nexus gives a better effect than your commander, I believe. Although with Arcane Adaptation and a couple of big boys you can Cascade all the way down to 1 mana. Although you'd really have to focus on creatures. It's up to you, just calling it as I see it, think it would be cool.

This is a thing of beauty. Well done! I had never even considered using Shadowborn Apostle for anything other than fetching a demon, but the addition of Arcane Adaptation is brilliant. How has playtesting gone, is it relatively consistent?

So, story time for amplify; Legions had just come out, and with it, slivers were reborn. There were also, as it turns out, some beastly monstrocities for removal, like the aforementioned Feral Throwback's provoke.

"But wait," I hear you cry, "what do these two completely different tribes have to do with each other?" Well, first I need to provide a bit of context; you see, while the card itself might reference a specific creature type, the mechanic doesn't. It checks creatures that share a type as the creature enters play. It's a small distinction, but it allowed a weird interaction:

Mind you, nowadays we have Hivestone, Arcane Adaptation, and Xenograft, but this was old school. Heck, magic was just celebrating its 10th anniversary. And there's nothing I like more that taking old cards that were basically useless, cheap gimmicks, and turning them into disgusting beasts. besides which, with the new slivers, it was possible to cover most bases with a mere two colors in slivers. This was basically unheard of a the time.

Rhadamanthus on If I chose the creature â¦

You're right that the creature turned into a copy of Arcane Adaptation by Shapesharer won't really do anything. The creature type you chose as the original Adaptation entered the battlefield isn't one of its copiable values. Since the other creature became a copy of Adaptation instead of entering the battlefield as a copy, you don't get to make a choice for the first ability, so the second ability doesn't have any effect.