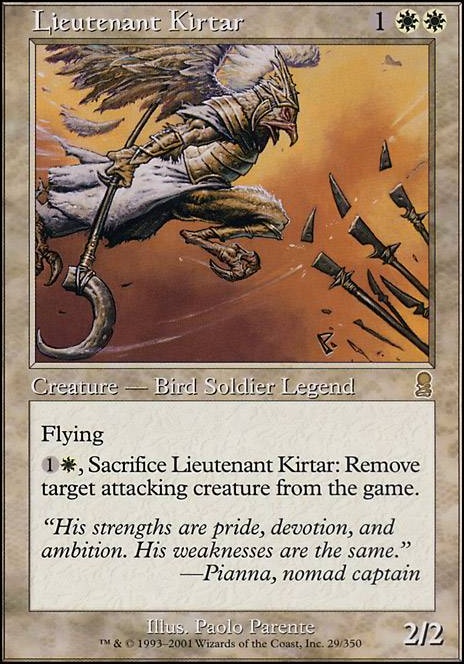 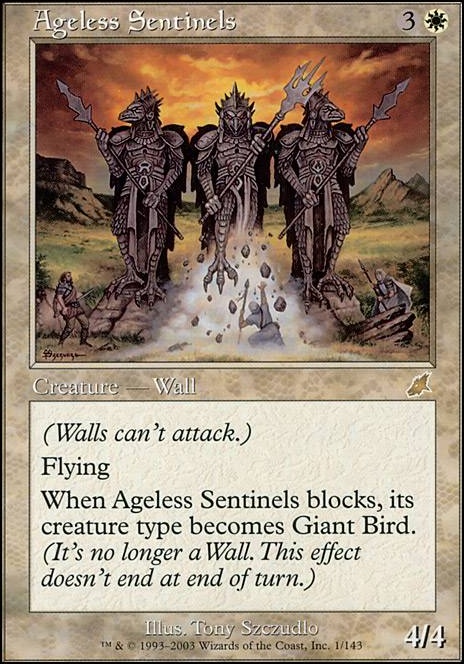 It's a crime to not run Soraya the Falconer. She is of the uttermost bird-kind.

Aerial Assault, Howling Mine, and Disenchant all have birds in the art and are some of the better options.

Kirtar's Wrath is an on-theme, bird wrath. In regards, Lieutenant Kirtar, Commander Eesha, and Major Teroh are each birb necessities. They were at the behest of The Order on Otaria, Dominaria.

I think people underestimate the power of cards like Soltari Champion. Sure it doesn't look better than Honor of the Pure, but after factoring in that it's a creature, that is basically unblockable and that can be the target of teshar's ability, you'll see how it's that much better for what we're trying to do. Same can be said about effects like Capashen Unicorn.

If you're putting sacrifice effects on the list I would suggest Mangara of Corondor, which even in the worst case scenario it's an exile effect.

Two cards that missed me when I wrote the article were, Frontline Medic and Lieutenant Kirtar. The first is amazing as a way to force through damage and the second is a flying beater that has a strong removal stapled to it.

Redace878 on Looking for a white creature â¦