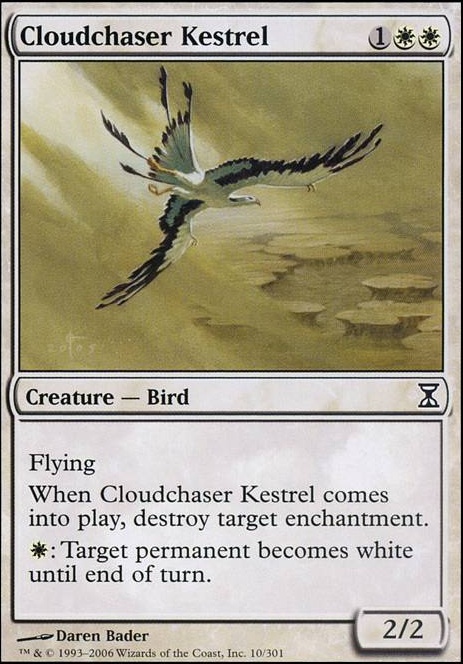 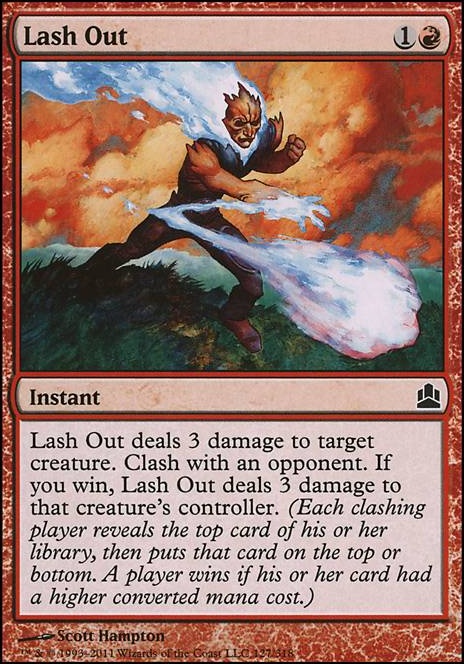 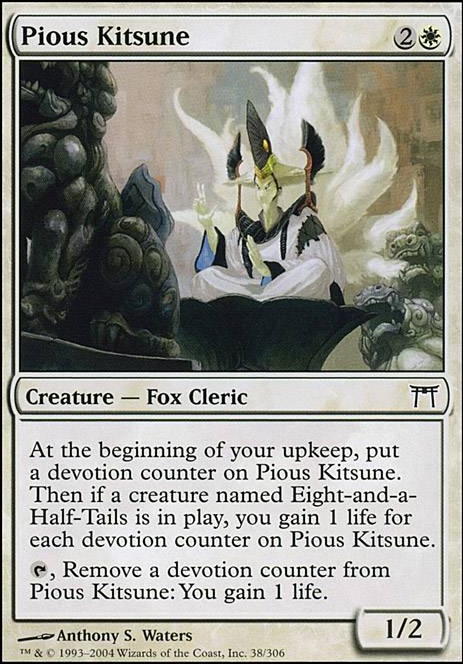 Yeah totally agree with those two suggestions. Maybe it was me playing too much Gruul to forget about Sol Ring ... anyways Cloudchaser Kestrel is really a great utility bird. Thanks!

I've been running Cloudchaser Kestrel in my own Kangee list to great effect. Dealing with enchantments, and having something I can boost with Kangee, has proven rather useful. The activated ability has never been relevant, but that's fine--I get enough value out of the enter the battlefield ability to make it worth a slot.

Here a story of how the deck played in a game of Color Clash:

As seen through a Distorted white Lens.

At last we sat down for an Epic Match between the Colors of Magic.White: Akroma, Angel of Wrath, Green: Surrak, the Hunt Caller, Red: Lovisa Coldeyes, Black: Yahenni, Undying Partisan and blue: ...Oops wrong deckbox . Well a Color Clash with Mayael the Anima in the Blue seat.

I, Akroma, Angel of Wrath, get a turn 2 Gossamer Chains that will save me (and others) a lot of damage. Lovisa went for first blood, by dashing in one of her team. Everyone is building up his mana. First Commander damage is for Surrak. Going at Akroma. I don't know why. Mayael is a bit slow on the mana, but Yahenni goes strong.

Turn 5 sees an indestructible Yahenni, Undying Partisan, blowing up the board with hard cast Decree of Pain, gaining 5 +1-counters and hitting: Surrak. Now, the time has come for Angels: Mayael gets in Avacyn, Angel of Hope and my commander Akroma, Angel of Wrath makes her first appearance, going at mister MonoBlack.

He feels its time to control the board by adding a Grave Pact. Saccing one of his returning creatures. Akroma manages to make a deal with Yahenni and stays on the board. In my turn I decide to go after Yahenni.

Turn 9 sees a 3rd one sided board wipe when Reiver Demon enters the battle. Black dominance again. Akroma, Angel of Wrath returns and picks up a Sword of Fire and Ice dealing more commander damage to Lovisa and Surrak. Now, I can urn a point by also dealing commander damage to Mayael. But Yahenni is to far ahead.

Exsanguinate gains him 78 life and takes both the Lovisa Coldeyes-player and the Surrak, the Hunt Caller-player out. And leaves the Mayael the Anima-player barely alive. But he's save behind a Blazing Archon. That is no problem for the Sword of Fire and Ice, however. Mayael is taken down.

And Yahenni has still to find an answer to Protection from Black. None are coming and with 28 Akroma, Angel of Wrath-damage Yahenni loses the game.

Might I suggest Eight-and-a-Half-Tails or my namesake Cloudchaser Kestrel for the politics of buffing opponent's things?

Man, it's too bad there aren't more awesome, playable birds. :(

Birds of Paradise is a must here! I'm surprised nobody has suggested it yet. Magus of the Moat also seems crucial.

Commander Eesha and Lieutenant Kirtar might be OK too. Celestial Gatekeeper is almost a Karmic Guide for this deck. Cloudchaser Kestrel is enchantment removal. Emeria Angel gives you more birds - although, if you run Emeria Angel, you probably want more ramp instead of the medallions for more chances to trigger her.

Lastly, the best bird ever printed is missing! Mirror Entity. ;)