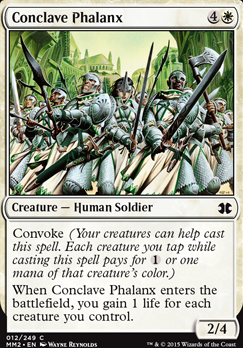 When Conclave Phalanx enters the battlefield, you gain 1 life for each creature you control. 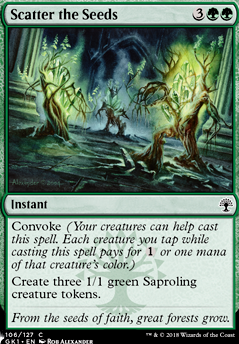 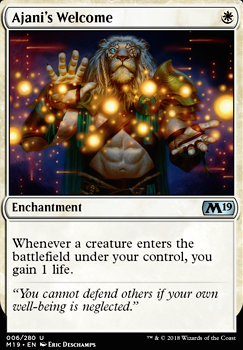 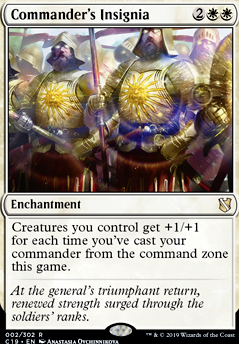 TheInsanelyMadWizard on The Inexperienced Planeswalkers Club

Angel of Renewal can be swapped for Conclave Phalanx, more than likely. It doesn't have 2 more power or flying, but it comes down at a much lower cost since it has convoke. Pretty cheap, too, so you shouldn't have to worry about breaking the bank on it. Since you do really big multiplayer games, I'd imagine that may be helpful to have 2-3 of him and since he can be 2-3 mana if you have a couple creatures out, getting him on the field is a cinch.

You're probably a little too light on land, even with the artifact mana sources. Dropping the Keyrune to add 2 more lands would probably give you better starting hands and keep you from mulliganing as often.

I think we spoke about it before, but if you're able to get Reveillarks over Timely Hordemate, that would be an awesome inclusion. Reveillark combined with Cadaver Imp would mostly keep you from losing any of your creatures to sweepers, since they each bring the other back. Pulse of Murasa and Morbid Plunder could probably be more copies of Cadaver Imps. Honestly, I'd recommend Eternal Witness, but Greenwarden of Murasa is cheaper, $-wise ($6 for a set of Greenwarden vs $18 for a set of Eternal Witness seems like a no-brainer, just ramp hard to compensate for the Greenwarden's cost). Because they can bring back any card, these guys are great to fetch with Diabolic Tutor during slow games because you can loop your tutor using Eldrazi Displacer, so if you add Ashnod's Altar or something to go infinite, you're set.

Overall this looks like a lot of fun. I'd like to see how annoyed the people you play against get when you're constantly exiling all attackers and not letting anyone do combat damage, lol.

Sorry for posting so much. For sideboard I suggest including Conclave Phalanx against burn its just a ton of life gain for you that is exceptionally easy to cast because of how many creatures you play.