: You gain 1 life for each creature you control.

-5: Destroy all other permanents except for lands and tokens.

Elspeth Tirel occurrence in decks from the last year 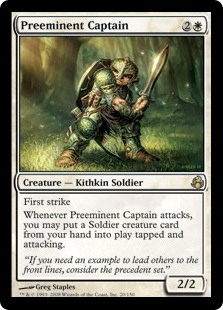 Akim and All His Beautiful Birds
by TheManaConfluence 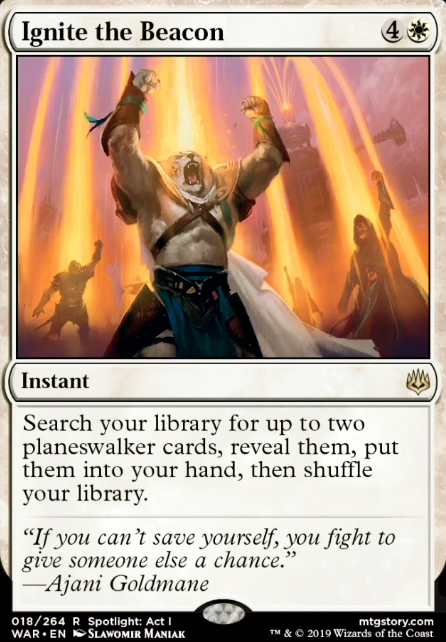 I don't if you'd like suggestions on a budget, so I'll try to stay in the middle ground about it.

Unless you already have those laying around in your collection, don't buy Marsh Flats . They're extremely expensive, and since you're playing in a casual group there's no need to have such card. You can, instead, use Temple of Silence which is waaaay cheaper and allows you to manipulate your next draw.

There's no point in having Arcane Sanctum as it's a very slow card. You can use Isolated Chapel which will easily come into play tapped.

Rather than Sorin Markov , who doesn't benefit your strategy at all, you can run either Elspeth, Sun's Champion , who allows you to stall by making tokens or blowing up the stronger creatures on the board, or Elspeth Tirel , who lets you gain life and can also make tokens.

Sign in Blood is a pretty good card. However, Night's Whisper can relieve the pressure of your manabase by needing one less black mana.

Ajani, Strength of the Pride may replace Elspeth Tirel as it essentially does the same thing and acts as a board wipe for the opponent.

+3 Add three mana in any one color. Until end of turn, Niv Mizzet, Guildmaster has ": Deal 1 damage to any target."

-3 Draw three cards, then discard two cards. You may return another card from your graveyard to your hand.

-14 Exile all nonland permanents you don't control. Each opponent gets an emblem with "You may only cast one spell per turn."

The option to deal damage is put in because it's interesting and allows more interaction. Let's you kill off other Planeswalkers, threats on the board, or just destroy your opponent if you are sitting on 5 - 6 red mana. Disgusting with Neheb, the Eternal .

If you happen to get his ultimate, you've won the game.

Give us an Omnath Planeswalker. He can be mono-green, Gruul or Temur.