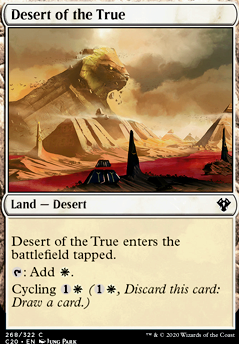 Desert of the True enters the battlefield tapped.

Desert of the True occurrence in decks from the last year 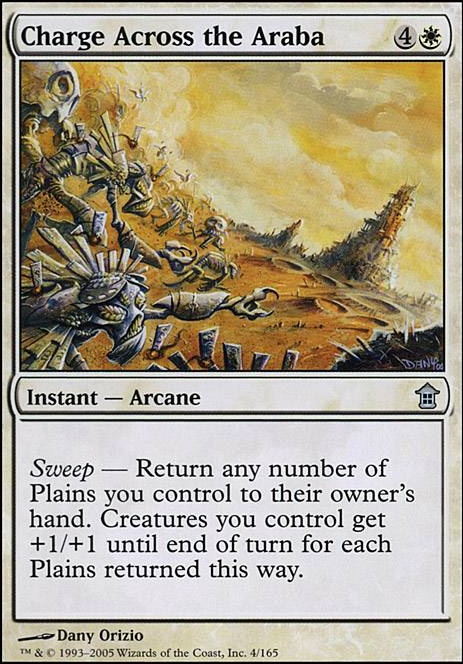 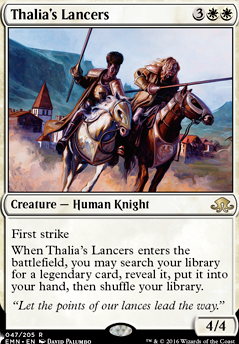 Desert of the True Discussion

I would bet that Counterspell does not get reprinted. Modern has a really healthy and eclectic mix of counterspells being run right now, from Logic Knot to Remand to Mana Leak , etc. Wizards has been committed to the idea that Modern-legal counterspells cost three mana outright, or two mana with some sort of downside for a while, and I do not see that changing anytime soon.

I also do not expect Sinkhole to be reprinted, as it is a bit of a colour-pie violation and Wizards is pretty anti-land destruction right now.

I would expect to see a heavy leaning toward reprints of cards in Commander products. These are cards that fit in with the current understanding of the colour pie and fit in well with the precon level of power.

I do not expect to see many of the truly broken cards from the early stages of Magic--I expect Wizards intends to keep Modern a turn-four format.

I know lots of people want Baleful Strix to be Modern, so I think that is a good bet. I don't think it is so gamebreaking as to disrupt the format.

I think Aggravated Assault might be another good guess, as it was recently reprinted in Explorers of Ixalan.

Toxic Deluge from Commander might be a good option. Wrath effects are already plentiful in Modern, though this one costs a mana less and can get by indestructible.

I think there are a number of lands that will also see reprints, as they would be solid for Draft purposes. We recently had mono-coloured Cycle lands ( Desert of the True ) printed in standard, so I will not be surprised if a future Modern Horizon set has the slightly less-expensive-to-cycle lands of Onslaught ( Secluded Steppe ). Oddysey's Threshold lands, like Cephalid Coliseum could also be reprinted.

As with every new proposed non-Standard set, I'm hoping for Banding to return. I have little expectation that will occur.