At the beginning of each combat, creatures you control gain first strike until end of turn if a creature you control has first strike. The same is true for flying, deathtouch, double strike, haste, hexproof, indestructible, lifelink, menace, reach, skulk, trample, and vigilance.

Odric, Lunarch Marshal occurrence in decks from the last year 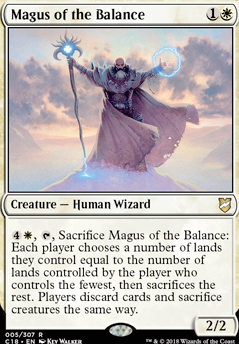 DerektheRed on Cards That Protect Attackers?

It ain't cheap, but Avacyn, Angel of Hope is pretty effective...

More affordable options are available. Angelic Guardian, Eldrazi Monument (good choice for token decks), and Odric, Lunarch Marshal so long as you have one creature with indestructible (combos well with Bastion Protector.

(I suppose you could also just make them harder to block, which increases likelihood of surviving combat, e.g. Gruul War Chant)

I would love to hear how it goes! Perhaps replacing the two copies of Duskwatch Recruiter Â Flip with Odric, Lunarch Marshal is a place to start.

What about Odric, Lunarch Marshal? It helps by giving everyone double strike, first strike, lifelink, and trample provides those creature are on the battlefield

I love love love the way this deck looks! I been looking to make a saskia aggro type deck. I just have a concern with having 34 lands. I know its an aggro deck but there is no way to ramp for reasons I understand because of the low curve just missing land drops in EDH can be tough. But I'm curious to know how its been running.

Also how about Odric, Lunarch Marshal, got lots of keywords in there. :)

Try color shifting an existing commander. I've eyeballed color shifting Animar personally by taking its primary color (green) and replacing it with Black in this instance.

Whenever a creature is put into your graveyard from anywhere, put a +1+1 counter on Decimar.

Non-creature spells you cast cost less for each counter on Decimar.

A smaller change I've considered is adding 1 color to a mono color legend. I.e. adding or to Odric, Lunarch Marshal in place of 1 colorless mana.