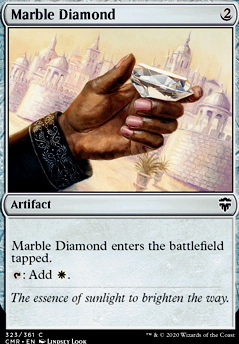 Marble Diamond occurrence in decks from the last year

Avacyn Me Oh My
by pyroeon 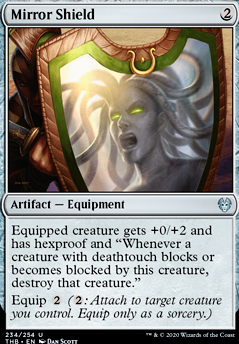 So as far as ramp cards I can give you, I have:

Cards I don't have that you may want to consider:

I really like Gilded Lotus and Thran Dynamo a lot. This really is a deck where you want to get to 8+ mana.

I would recommend at least ten pieces of ramp, perhaps even twelve. Definitely no fewer than ten in my opinion. Perhaps six that add 1 mana and four than add 2+ mana? Something like that. Getting Brion out a turn early, while not vital, can be convenient as he can pad your life total.

I have long been a fan of Autumn-Tail, am just finally putting a list together. Have you considered Victory Chimes? It gives you a free move on each of your opponent's turns!

Also, for speed and consistency, have you considered some 2cmc rocks, like Marble Diamond, Arcane Signet, and Mind Stone? They would help you land turn 3 Mystic so you can really get your engine going :)