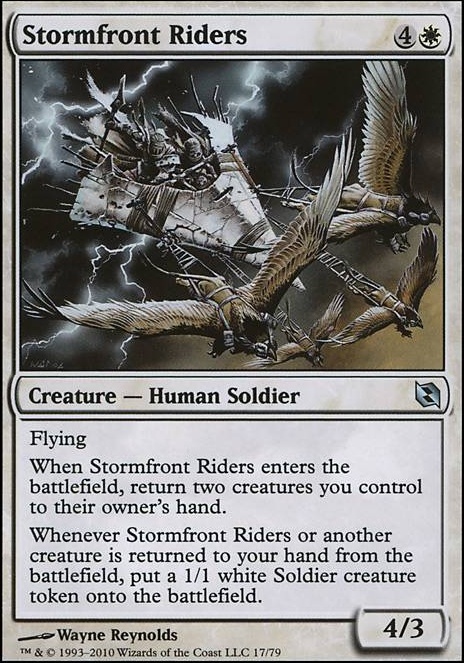 When Stormfront Riders enters the battlefield, return two creatures you control to their owner's hand.

Whenever Stormfront Riders or another creature is returned to your hand from play, put a 1/1 white Soldier creature token into play. 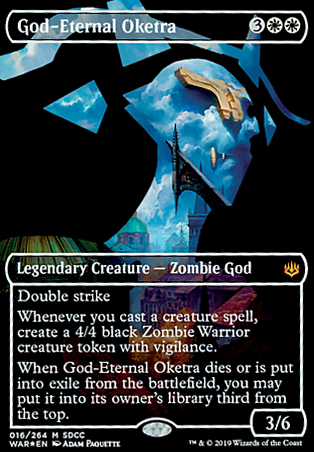 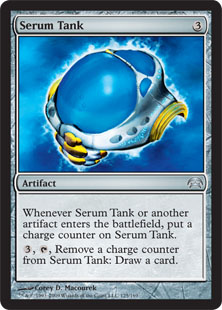 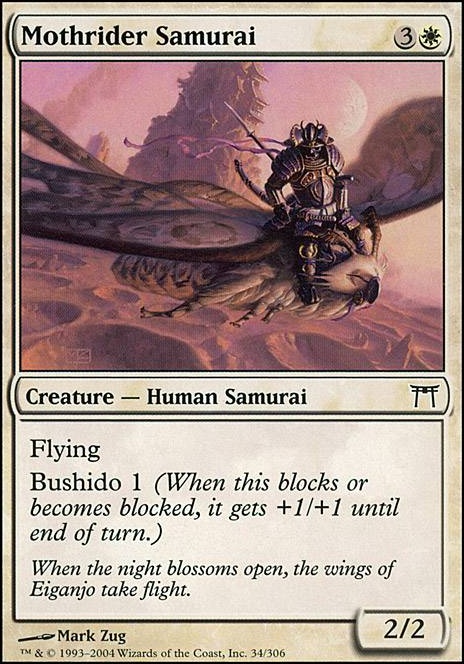 Here are some combos:

Walk the Aeons + Life from the Loam +Azusa, Lost but Seeking Infinite turns.

Scholar of the Ages + Thassa, Deep-Dwelling +Chance for Glory + Tale's End Infinite turns IN STANDARD as of GRN to THB.

The best thing about the new Oketra is getting a fat 4/4 token for free. The easiest way to capitalize on that, I find, is to run creatures who you can play as much as you want! Whitemane Lion , Stonecloaker and Ancestral Statue can all be played, earning you a token, and then bounce themselves back to your hand, ready to be played again. The first two can also be used to protect another creature from removal, of course! Stormfront Riders can do something similarly, and even get you bonus tokens on the way, but might be a little too clumsy.

Other than that, you might appreciate Hour of Reckoning as one of your boardwipes - even if someone else is running tokens, what are the chances they're as big and bad as yours?

I would seriously second Stormfront Riders as as a one of. In a fast game, sure, you've lost a card - but it's invaluable when decks stall out. The card should never stick on the battlefield - instead it serves to reset all your etb creatures. That Fiend Hunter can keep on exiling. Your army can keep growing at an increased rate. I've seen this card do WORK.

Apologies, I don't own this deck IRL, it is to show that others can make a really budget deck that functions well.

Stormfront Riders also costs more in game than any card I run, but It is really cool!

I wanted to see Stormfront Riders. :)

Hi! Thanks for adding to my deck! I hope I can offer helpful advice in return.

Since you're playing tokens and trying to stave off attacks, perhaps Glare of Subdual might help.

A good creature in abzan colors for token making is Ghave, Guru of Spores. His ability can easily go infinite with a combinations of Ashnod's Altar (or simmilar cards) and effects like cathar's cursade.

I see you have Stormfront Riders. Did you know if you have Cloudstone Curio in play, Stormfront Riders causes an infinite loop of tokens entering and vanishing. Add in a card like Cathars' Crusade or Parallel Lives and you get infinite counters or tokens respectively.

Hope that gives you some neat ideas. =)