When Kor Skyfisher enters the battlefield, return a permanent you control to its owner's hand. 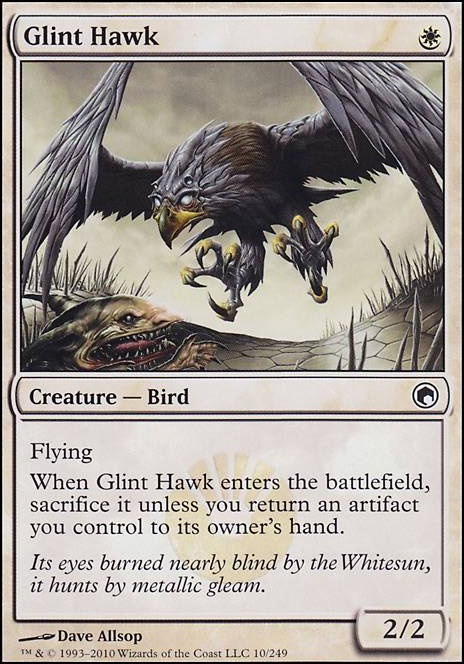 One thing I would definitely add is Frogmite. He is cheap to buy, and costs very little in an artifact deck. He doesn't bounce anything like the Kor Skyfisher, but still is a nice addition.

Pestilence decks are a known archetype in Pauper. They are most notably in Orzhov colours, which help with many aspects of the deck.

As fun as it is to win with Pestilence (one of my favourite cards!), Crypt Rats is a great addition for consistency and because it can be recurred with cards like Unearth and deals its damage in chunks, making it possible to draw the game in some scenarios.

Most pauper decks have pretty small creatures, so deploying a few x/3 is often enough to have your Pestilence survive and establish a pretty good soft-lock. Something like Cuombajj Witches goes a really long way in keeping your enchantment alive and is also excellent removal in this format. Thorn of the Black Rose is incredible on an empty board and also has the prerequisite 3 toughness.

If you want to keep it mono-black, there's also Cemetery Gate and Wall of Tanglecord that have big butts to survive damage and also block for you in the early game.

If you move into White, you have a lot more options. Kor Skyfisher, Aven Riftwatcher, Thraben Inspector, Guardian of the Guildpact, Palace Sentinels... not to mention all the pro-Black cards you gain access to and the versatile removal.