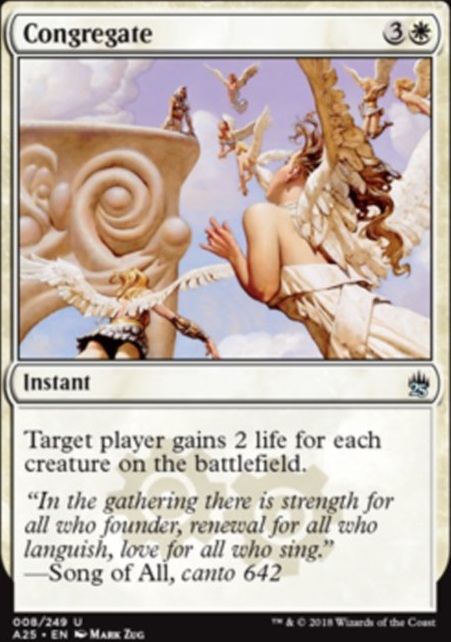 Target player gains 2 life for each creature on the battlefield.

How to lose all your friends with an EDH deck!
by FlyingFreak26

Aurelia the Warleader
by heronls

Two cards that may - or may not - be helpful: Lyra Dawnbringer and Congregate . The deck is yours and you can ignore or accept these, but they are suggestions. Enjoy your day! Also, you have no idea how happy I am to see this. I love angels and think they need more love from the Magic Community!

Congregate could be fun?

2 Minotaurs who could really use some help

Also, if you're in a creature heavy meta, cards like Soul Warden and Soul's Attendant and Congregate could reliably gain you tons of life.