When Radiant Fountain enters the battlefield, you gain 2 life.

Radiant Fountain occurrence in decks from the last year

Triggered by Life
by MeatMancer 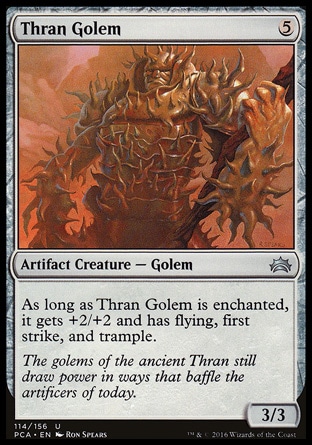 This Life Was My Life (A Primer, with Song)
by Klazen

Instead of Wastes , why not lands like Radiant Fountain or Sunscorched Desert ?

New Look Titan (He's back and better then ever!)

Interesting, as I hadn't thought of the interaction of Blood Sun and the bouncelands essentially removing their 'downside'. But I don't really think this iteration works, Blood Sun removes our ability to activate Slayers' Stronghold and Sunhome, as well as almost blanking Amulet due to the lands not coming into play tapped, this effect is most noticeable when you have multiple Amulets, which is the decks strongest interaction and allows incredibly broken things. I think there might be an actual spot for Lotus Fields somewhere in the deck, at least in theory, but definitely not as a 4-of. There will be many times where your entire hand will be bouncelands and Lotus Fields, essentially forcing mulligans. If you don't draw enough lands to even cast a Blood Sun the drawback is huge since just playing it out you will often have bouncelands as targets, which is losing you mana. Sure you could maybe generate some large amounts of mana with amulets and the Lotus Fields but you're still blowing up all your lands unless you have Blood Sun in play, which makes the deck way more all-in on that interaction since if they have an answer for your titan you've now put yourself incredibly behind instead of still leveraging your lands in play to cast more things. Just my two cents!

Also, Gemstone Mine is often better than Mana Confluence/City of Brass in this deck, as bouncing it restores counters and it's painless. Crumbling Vestige , Tendo Ice Bridge , Aether Hub are also good. Vesuva as a one-of is pretty standard for Amulet Titan decks, as it removes the necessity to run two Boros Garrisons for the Sunhome activation and is much more flexible, I have even won a game using Vesuva to copy an opponent's Celestial Colonnade for lethal.

Also good cards for this kind of deck:

Courser of Kruphix , anti-aggro wall that generates life and value, easy to cast

Khalni Garden , stalls against aggro and can be insurance as a sacrifice target against cards like Liliana of the Veil to protect Titan

You might want to consider a couple Radiant Fountain for a bit of extra lifegain since you're monowhite anyway it shouldn't hurt too much for color requirements.