Destroy all creatures.
They can't be regenerated.

i made this deck because of Nicol Bolas (PRIMER)
by LittleMy

The Black Death
by commander07 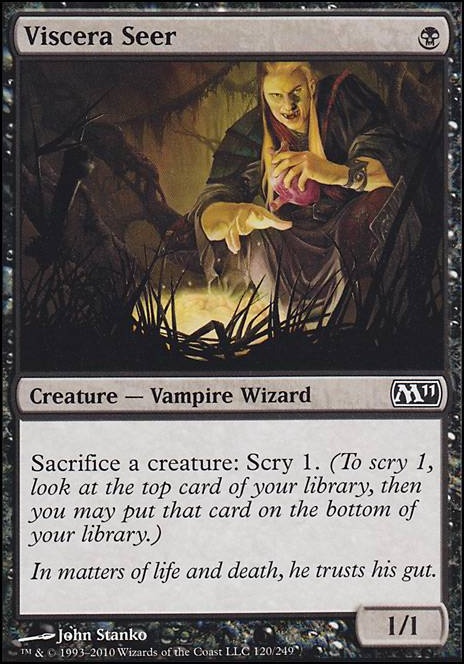 Heya, I apologize for not specifying more, I did leave it vague, so my fault. I should've listed other cards im looking for in specific.

I already own both a Rhystic Study and Cyclonic Rift, they're in my trade binder, along with all the other cards I own (and open to trade). My group proxies so I just need one.

This deck is beautiful MtgSalt, excellent job! Your 100% foiling is very impressive. Some day I will achieve the same with my commander decks.

My only suggestion is to increase the amount of removal slightly. Damnation (additional wipe besides Deluge), Deadly Rollick (free spell), Font of Agonies (repeatable instant-speed creature removal, since you lose life so often), Oubliette (to neutralize commanders), etc. I know you are going all-in on combo, but from my experience running extra removal is always useful.

Kârrik is one of my favorite commanders. I run Doomsday in my build and itâs a lot of fun. I love winning via combo with 1 or 2 life left, it makes the stakes so much higher. Check out my deck if you like -

Cruel Ultimatum is still worth keeping imo since it has flavor, and also cruel control nostalgia, but Dark Intimations is bad.

Removal package looks decent, but 4 Terminate is overkill. I'd go down to 2-3. You can add 1 Kolaghan's Command which is a nice multipurpose one.

For counterspells I agree with wallis neither of them is that great here. Remand is more for combo control decks, not as good in hard control. I second the suggestion of Counterspell, but instead of Charm I suggest Drown in the Loch which is a very strong removal/counterspell in UB colors. You can also go down a bit or cut push entirely if you include a lot of Drown.

For cantrips, I'd replace Serum Visions with Consider for instant speed. Expressive Iteration is a very strong dig spell as well.

Dragon-god is 5 cmc compared with 8 cmc so I'd go up to 2 dragon god and down to 1 Nicol Bolas, Planeswalker.

Thanks for your suggestion, DreadKhan! I wac considering Culling Ritual but I'm kind of on the fence about it. I know many people use it in high powered metas, but I always feel like I have the most dorks and cheap utility stuff on the board, and it would be hard to use Culling Ritual effectively. Although I admit, that it may be some confirmation bias on my part. The card was pretty much adopted as soon as it came out, and it's obviously very powerful. I'll run some more tests. Then again, I like how reliable and simple Damnation is, and if I were to add Culling Ritual, I'd probably have to cut it.

Ok, I'll try to leave my reasoning or experience with why I'm suggesting it.

Read the Bones - Single use draw here is underwhelming.

Bearer of the Heavens- At 10 mana this effect is overpriced. Jokulhaups if you really want this effect (granted it misses enchantments and walkers). I stopped running the effect because if I didn't tutor for it asap it felt like I was prolonging the game instead of making the optimal play EVERY game. It got old and felt kinda cheesy tbh.

3x lands - You've got a lower curve than I do and you also run 1 more piece of ramp with a good amount of card draw. Assuming your playgroup aren't nazis and do casual mulligans of course.

Herald of Secret Streams- I know this will sound weird, but you want to be clearing out some creatures in combat. The inevitable crackback after you smack someone for 15+ damage is much more severe otherwise. I've tried this card on 2 separate occasions because it seems like exactly what we'd want. I personally switched to Legion Loyalist and haven't looked back.

Grave Betrayal- Another card that does amazing things in Marchesa so this one is really your call. From personal experience it felt winmore at that point in the game and I'm really not sure I'd personally run it without Dictate of Erebos/Grave Pact.

Terminate/Bedevil - I've found boardwipes like Blasphemous Act, Damnation, and Last One Standing to be more helpful towards winning than spot removal. Enchantment removal is the exception here and Feed the Swarm and Chaos Warp are 100% needed.

Diabolic Tutor - Underwhelming when you have Demonic/Vampiric Tutors. Diabolic Intent on the other hand can be even better than Demonic Tutor here. I feel like this might just be a typo though.

Tales End - Never ran it but it feels like the weakest of your counter suite. Glen Elendra Archmage would better serve you and doubles as a combo piece with Mikaeus and any free sac outlet (infinite mana w/ Ashnod's Altar, infinite damage with Goblin Bombardment, and infinite discard with Sadistic Hypnotist).

Solemn Simulacrum - As a 4 drop he just feels clunky in the deck. I can't count the amount of times it just sat in my hand.

Teferi's Ageless Insight - I've admittedly never tried this card but I foresee it doing nothing and just sitting in your hand when you don't a draw engine to pair with it. Skullclamp might be the better answer here.

There's a few other cards I'm eyeballing as cuts but haven't personally tried. Things like Chainer because I find 4 drops to be a little clunky due costing the same as our commander. His recursion may be well worth it but I'd rather run Phyrexian Reclamation for the life loss. Rootwater Thief is another I'm eyeballing because he has to connect to trigger his ability... but if you see a lot of the same decks and are familiar with their combo pieces he could be an absolute stud.