Sacrifice an artifact: Add (2) to your mana pool. 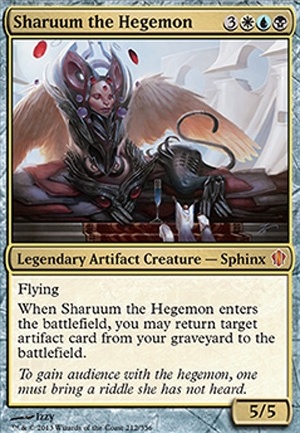 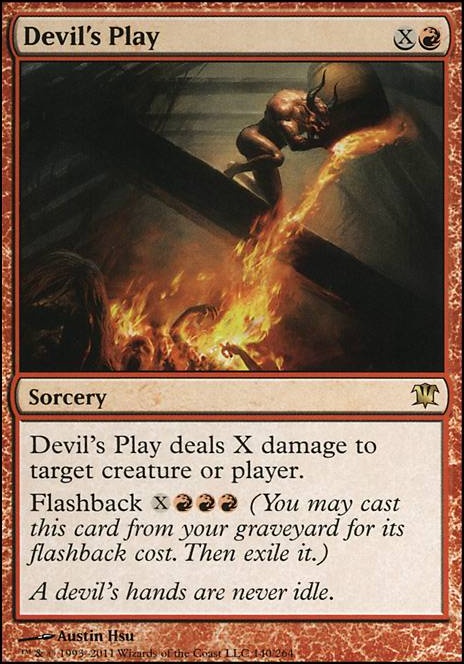 I'm trying to get away from the stagnant combo-Breya and try some fresh stuff with her too. Really liking the concept here. I'm more going towards Myr because I think they're cool, so I don't know if Myr Turbine would fit your needs. Heavily recommend Mycosynth Lattice and Krark-Clan Ironworks. Both are incredible cards, and can change the game just by drawing them.

Anyway, neat concept I'm gonna steal some ideas from you. :)

The First comment I am going to make is about combos you can run, some of it working with cards you are already running:

Sword of the Meek + Thopter Foundry + Ashnods alter/Krark-Clan Ironworks: this generates infinite life and mana. you start the loop by sacing the sword with the foundry to make a thopter, the sword comes back in attached to the thopter. sac the thopter to alter/iron-works maiking two mana, pay (1) sac the sword, make a thopter and gain a life, repeat ad nauseum netting 1 life and 1 mana each loop. You obviously can pair this with other cards like Pitiless Plunderer

Thopter Assembly + Time Sieve: infinite turns, time sieve on its own works well with the treasure tokens you are making.

Eldrazi Displacer + Ashnods alter/Krark-Clan Ironworks + Breya/Myr Battlesphere/Angel of Invention/Marionette Master/Wurmcoil Engine: You will after a few loops start netting tokens and mana, obviously this ties in to other combos, You could also run Impact Tremors, use Skull clamp on the net tokens, etc.

The First comment I am going to make is about combos you can run, some of it working with cards you are already running:

Sword of the Meek + Thopter Foundry + Ashnod's Altar/Krark-Clan Ironworks: this generates infinite life and mana. you start the loop by sacing the sword with the foundry to make a thopter, the sword comes back in attached to the thopter. sac the thopter to alter/iron-works making two mana, pay (1) sac the sword, make a thopter and gain a life, repeat ad nauseum netting 1 life and 1 mana each loop. You obviously can pair this with other cards like Pitiless Plunderer

Thopter Assembly + Time Sieve: infinite turns, time sieve on its own works well with the treasure tokens you are making.

Eldrazi Displacer + Ashnod's Altar/Krark-Clan Ironworks + Breya/Myr Battlesphere/Angel of Invention/Marionette Master/Wurmcoil Engine: You will after a few loops start netting tokens and mana, obviously this ties in to other combos, You could also run Impact Tremors, use Skull clamp on the net tokens, etc.

Bloodvial Purveyor: Yeah this seems really dangerous. Imagine your opponent getting out Krark-Clan Ironworks after you cast this. At least there's no Blood-specific card that can eat Blood tokens rapidly. Could have been a red card?

Boarded Windows: I kinda wish it only counted combat damage, although the flavor of "burn" spells working on it is there at least.

Weaver of Blossoms: tbh I'd rather just have a functional reprint of Scorned Villager Â Flip

Glorious Sunrise: pretty fun with extra combat steps as you can give multiple lands the bonus mana

If I activate the tap ability on Sensei's Divining Top and then sacrifice it in response to its activation ability using some other sacrifice outlet like Krark-Clan Ironworks, do I still draw a card? I assume I do, because putting it on top of your deck isn't part of the ability's activation cost, but I just want to make sure this interaction works the way I think it does.

Second Sunrise and Krark-Clan Ironworks are banned almost entirely because they ruin tournaments. Not from a game balance perspective, necessarily, but because they can make so many games go to time, which can drag out the length of a tournament, which gets really problematic really quickly.

Mycosynth Lattice and Bridge from Below are banned because they either do unfair and unfun things, and possibly busted beyond belief things, or they do absolutely nothing. Bridge did squat until MH1 brought the Gaak and Altar, Lattice wasn't anywhere near playable until KTGC was printed. In bridge's case, the card that made it busted was also busted, and now bridge does basically nothing. In Lattice's case, KTGC is a fine card that is actually better for the format than it is bad, but add lattice and it takes a deck people aren't fans of anyways and turns it into a stax deck, which is probably the single most hated concept in Magic.

(Karn is a failsafe in case powerful artifact decks become a thing again -- there's a solid, reasonably castable value walker that can slot into any midrange build, maindeckable, that kills artifact based decks. I feel that that failsafe is important, and that the effect doesn't harm the meta significantly)

Blazing Shoal is similar -- when does it do fair things? The decks it'd be in would either die to Fatal Push or win on turn two. It's either a meme or format breaking. The conversation of unbanning things has to include "what does this do to make the format better?" In the case of a lot of these cards, nothing. Shoal, Lattice, Bridge and more don't do anything at best and become problematic at worst.

Twin is not unbannable either -- while it would be fun to see, it is a deck that plays the control role and then wins as soon as you let your guard down. Yeah, it's an easily stoppable combo . . . but the Twin player doesn't have to go for the win until they are sure you can't stop them. If they can Remand, Counterspell, Archmage's Charm and Cryptic Command their way into a good position(and that package is just very good anyways), then they can wait until you tap out for a threat and just win then. And cards that can answer them for no mana tend to be bad enough that they don't help against other decks -- which is problematic, to say the least.

Pod is interesting. It has a bit of an "eggs" feel, where it can take a while, but it's not as bad. Couple that with the fact that it can make use of every single creature, period, and you get a deck that's mostly just a headache for Wizards. It might not be bad for the format right now, but Wizards makes one mistake(and did you see 2019?) and suddenly it runs away with the game and becomes busted as all hell. So Pod should stay banned, not because it would really be bad(it would probably be fun) but it makes Wizard's job a lot harder(they have to check every, and I mean every, creature that they ever print against basically every other one).

Jitte is bad because it's used by creature decks to beat creature decks. First, it can't be unbanned in a Modern with Stoneforge in it(tutoring up Jitte would be way too consistent), but also, if I wanted to build a creature deck, I don't want to be forced to purchase some random equipment that has nothing to do with the rest of my gameplan other than "resolve this against another creature deck and you win". And then creature decks become Jitte versus Jitte. It would have a Copter effect on Modern, which just isn't fun from a variety standpoint. Especially with Ragavan in Modern. We unban Jitte, and RW Stoneforge Ragavan Jitte is probably the best deck by quite a bit.

Oko is, as mentioned, a 3 mana answer to almost anything. And by almost anything, I mean he gains enough life singlehandedly to make aggro untenable, he can be a good enough win condition to make non-Oko control not worth it, he answers big mana decks with an uptick, and more. He's the best permanent because he makes all other permanents irrelevant. Oh, you have a Prime Time? Elk. That's a nice Bob you have there, be a shame if I forcefully traded it for a food. Ragavan, Nimble Pilferer? How about Ragavan, Suddenlyonmysideandthere'snothingyoucandoaboutit? He'd be bad in a meta that's entirely storm(oh wait . . . that sounds a lot like Vintage and cEDH . . . I wonder what the two formats he's still playable in think about him? Oh? He's still busted there? Dang.) and I don't think that's fun.

As for Field of the Dead? Once that's online, you don't get to win. It's miserable. Most things I can get behind the first couple times I play against them, because most decks are cool, but not Field. It's just unfun to sit across from it.

Have you considered Krark-Clan Ironworks as an additional option for a manaless sac outlet that provides enough for a Breya activation?