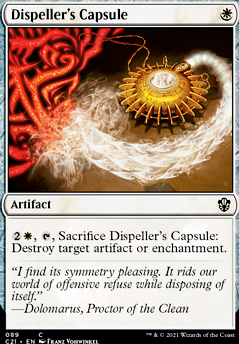 Call the Colossus
by RelinquishedAttempts

[Primer] Oswald and the World of Magic
by Aystogon 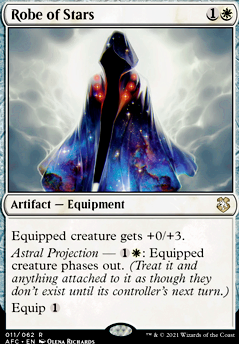 I have a Breya deck that also runs Salvaging Station , some cards I've included that work really well with it are Nihil Spellbomb , Dispeller's Capsule and Executioner's Capsule .

Examples of other cards I would consider are Spine of Ish Sah , Sun Titan , and Anointed Procession . More specifically since you are running Thopter Assembly you might want to include Time Sieve as a dirty but effective combo. Also Revel in Riches has an interesting synergy with Brudiclad, Telchor Engineer , and that would also justify running Smothering Tithe (although I run it without the combo since it's just good in multi-player anyway).

My deck is quite different from yours so I'll link it in case you find some cards that might interest you: The Machine Girl.

Scourglass works well with your artifact commander. I agree it might be too much for creature heavy decks, but it is a slow trigger. However 5 mana repeatable wrath is a bit much. Leave it as a maybe for now.

Leave out the Mindslaver and the Ethersworn Canonist until you see you need them.

Dispeller's Capsule , for those pesky artifacts and enchantments your opponents play.

Glaring Spotlight to help you get in and also to deal with hexproof.

Sydri, Galvanic Genius , especially when Darksteel Forge is in play.