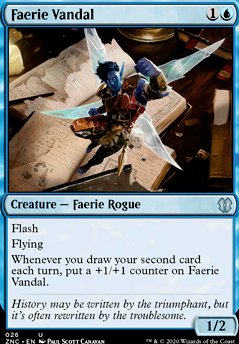 Whenever you draw your second card each turn, put a +1/+1 counter on Faerie Vandal. 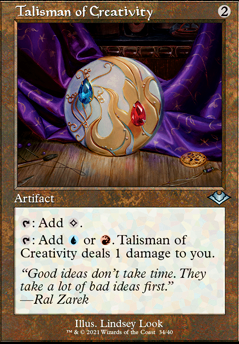 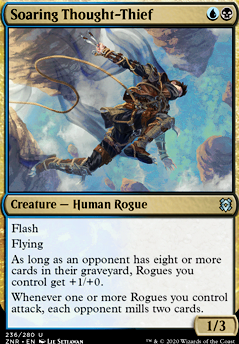 Yusri Knows How To Win
by walruscustard 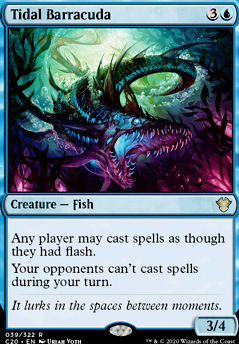 Come Scry With Me
by ProjectNA

I removed Heirloom Blade and added Eldrazi Conscription . Unsure to readd heirloom and to remove the Faerie Vandal instead.

I figured I would double back just in case my idea wasn't that great. I think Blighted Agent might be a touch out of place unless you can get up to ten infect consistently. Inkfathom Infiltrator might be a more consistent choice for damage. Also, since you plan on drawing a lot Faerie Vandal might work in that 2CMC sweet spot. Also, another good replacement is Frogtosser Banneret if only because it helps you get out a decent chunk of your creatures.

I do think Ranked is binary right now (most of the forums agree), but I play this deck myself and most people not playing the mirror or Omnath auto-concede.

I like this build; the Into the Story really pushes it over the edge, and added it to my own (it's similar with some minor tweaks). The only recommendation I have is putting Zulaport Duelist over Faerie Vandal.