Artifact creature spells you play have affinity for artifacts. (They cost (1) less to play for each artifact you control.)

Sanctified With Dynamite
by Jay3401

The Trinkets attack!
by Festus34

The Children of the Corn
by Lhurgyof 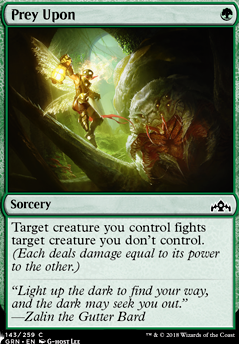 Do you want the deck to be combo heavy or just more efficent? The best way to make it run more smoothly is to lower the CMC under 3. If you are looking for comb there are a lot of options around Breya as she is a combo machine. I would recommend cutting Darksteel Colossus it is expensive and not as effective in multiplayer commander. Mycosynth Golem is super cool but if you drop your cmc lower it becomes unnecessary. Darksteel Forge is honestly a personal favorate but its expensive and defensive switch it out for a card that wins you the game. Deadeye Navigator can likely be powerful in this deck. also if you are feeling spicy and get your CMC down you could drop your lands to 35.

He's a little pricey, but Mycosynth Golem effectively makes all your artifacts free to cast once you built up a sizable board.

Omniscience_is_life on Advertise your COMMANDER deck!

This is me finally getting around to building a mono-white deck, like I've wanted to for the past year or so.

Cards I'm already aware of and am trying to find slots for: Flawless Maneuver , Mycosynth Golem , and Hangarback Walker .

Most cards over ~10 USD aren't as likely to make the final cut, but may be mentioned nonetheless!

The strat of the deck revolves around playing a bunch of spooky artifact creatures, pumping them up, and hopefully winning from there.

Ways Of The Relics

I was wondering if you'd considered Mycosynth Golem

griffstick on Looking for 2-Card Combos with â¦

Its important to have multiple combos in a combo deck but it's more important to have them come from other cards. If you have 5 combos in the deck and they all use Mycosynth Lattice what's stopping you opponent from adding in Praetor's Grasp to there deck casting it and naming Mycosynth Lattice . You need to have a variety of combos coming from multiple sources or one good combo killing card like Sadistic Sacrament and it's all over. I'm personally not much of a combo guy so I cant be much help there but I hope that this advice was helpful.

Also I'm sure there is some easy combos with Mycosynth Golem that you could do.

Hamza, Guardian of the Modular

Is Mycosynth Golem even necessary?

And maybe also Coat of Arms, but I don't know if your aim is to go wide.