Dragons and Dwarves and Treasure Oh My (v2)
by Foxja 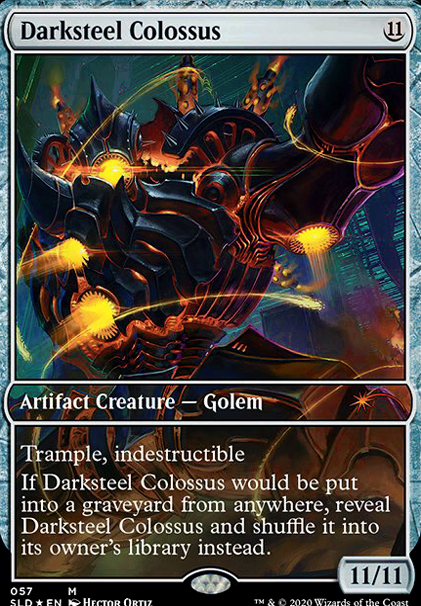 DemonDragonJ I think WoTC lost that ability with fetchlands and triomes. Modern has decks that are running Omnath, Locus of Creation and Magus of the Moon in the same deck and they don't even care. Fetchlands allow you to play the best of each color with minimal downsides.

I think slight breaks are great as they help encourage more monocolor decks as they can now deal with threats to that color easier.

wallisface on If you could make it â¦

9-lives - Blood Moon, Magus of the Moon, and Chalice of the Void are all cards that are great to keep existing because they keep unfair and greedy decks in-check. Decks playing fairly/reasonably have nothing to worry about from these cards. If they didnât exist, every format would be waay more degenerate than it is currently.

Blood Moon, and Magus of the Moon in particular are great cards that semi-budget decks can build around to have a fighting-chance versus some of the $1000+ monsters

White creatures you control have plainswalk.

Make a Magus version of your favourite card. (EX: Magus of the Moon) 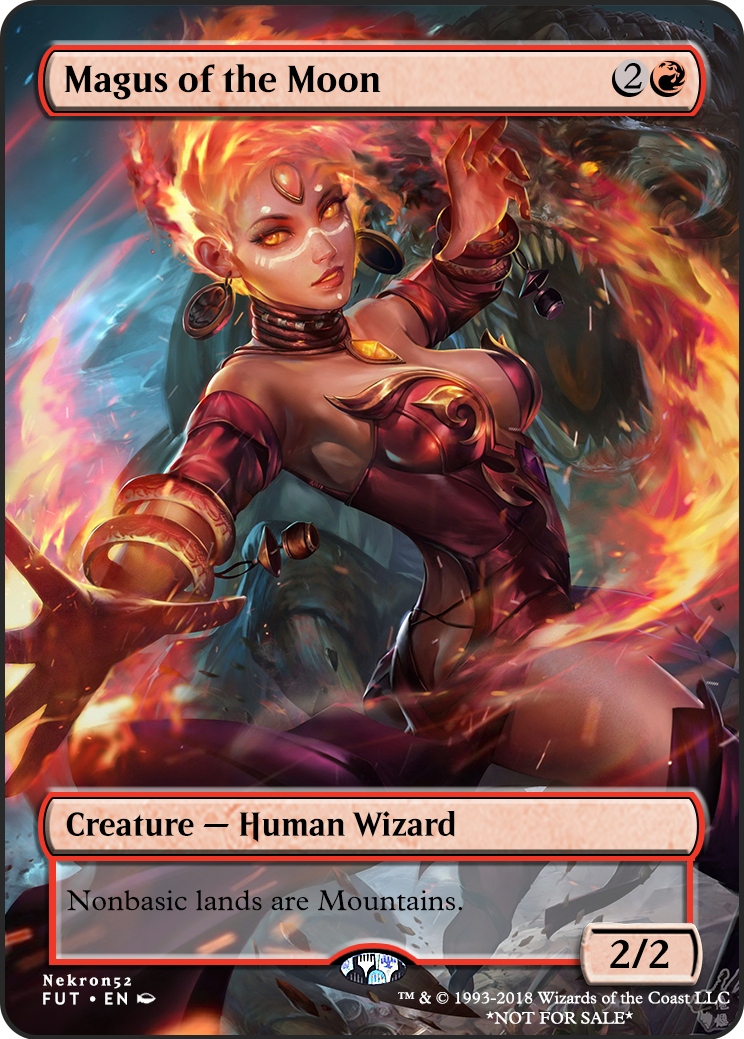 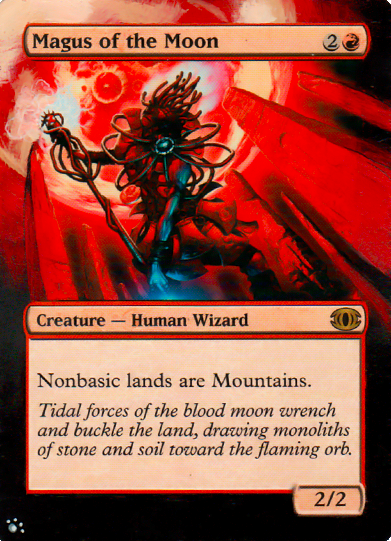 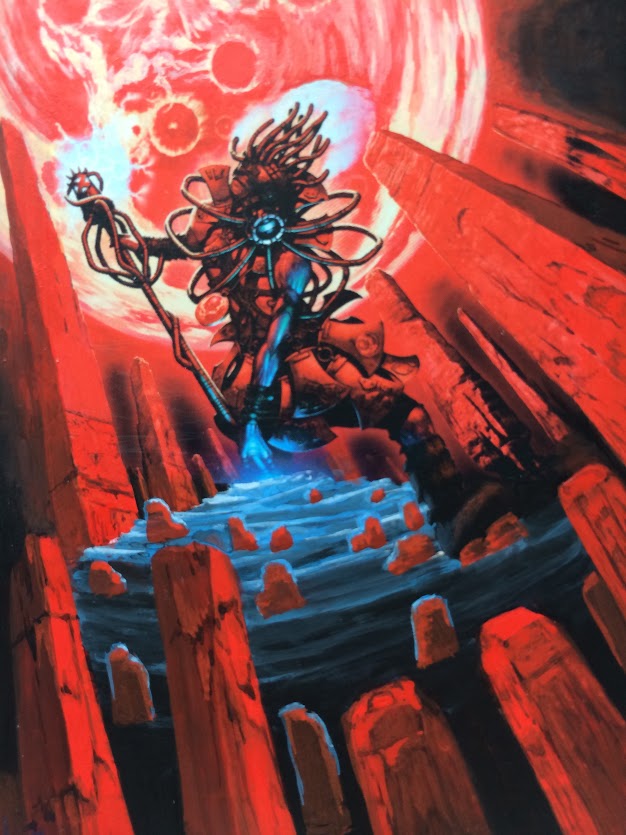 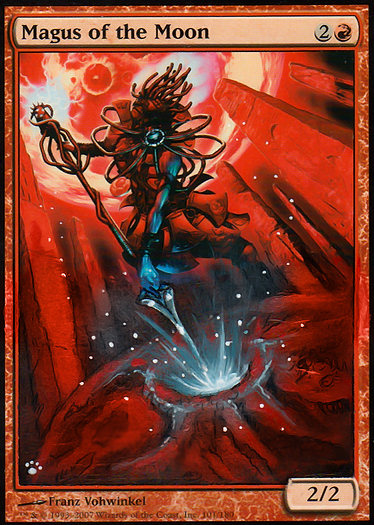 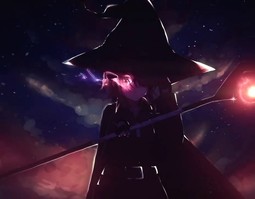 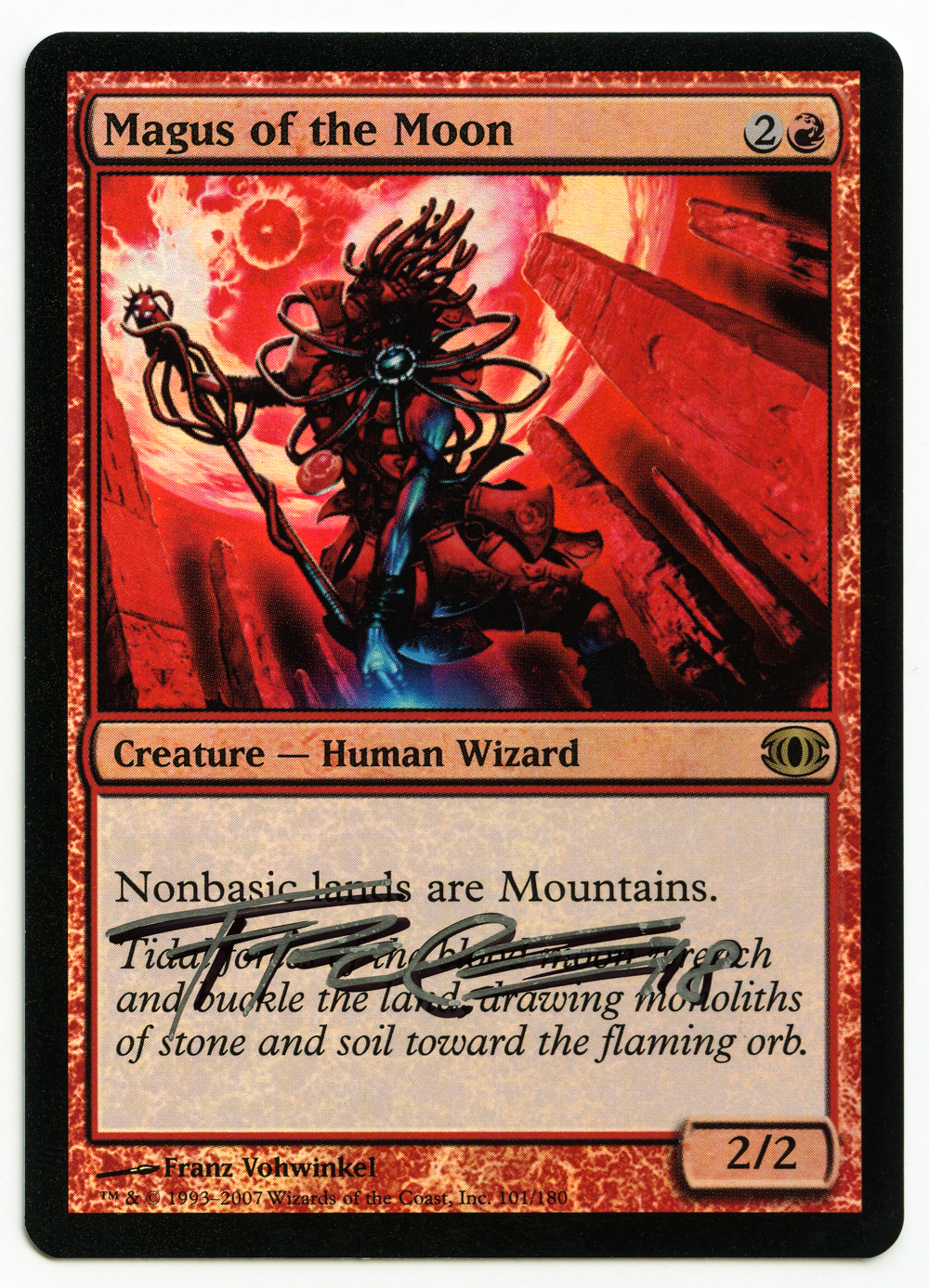 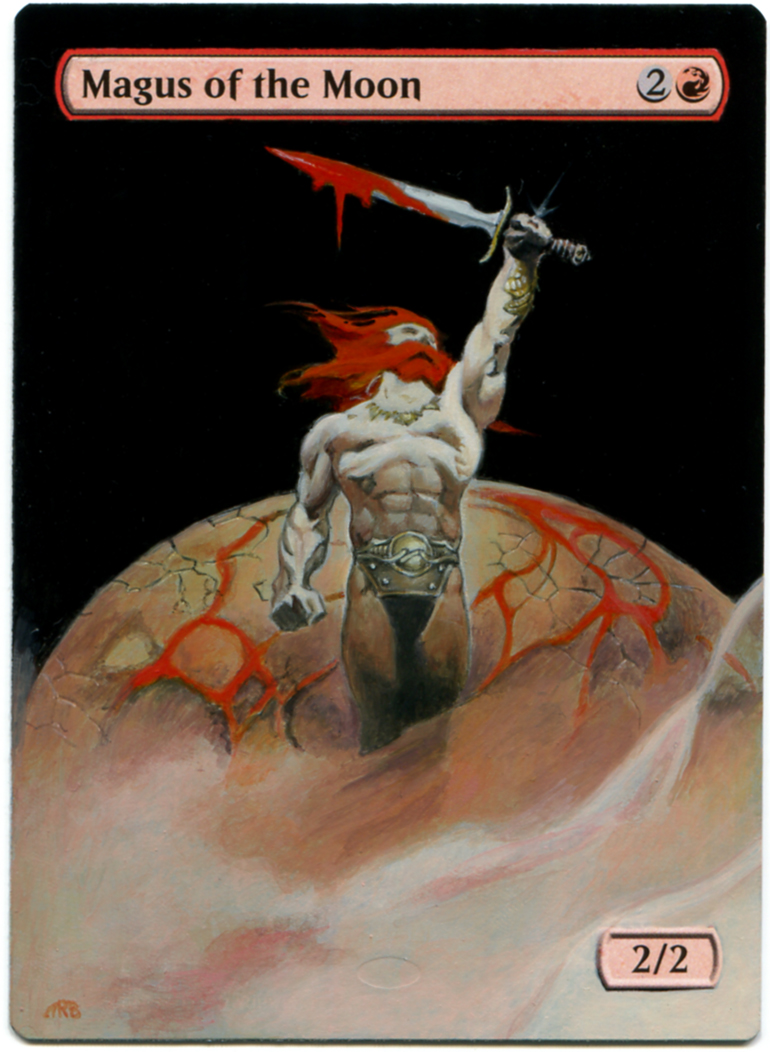 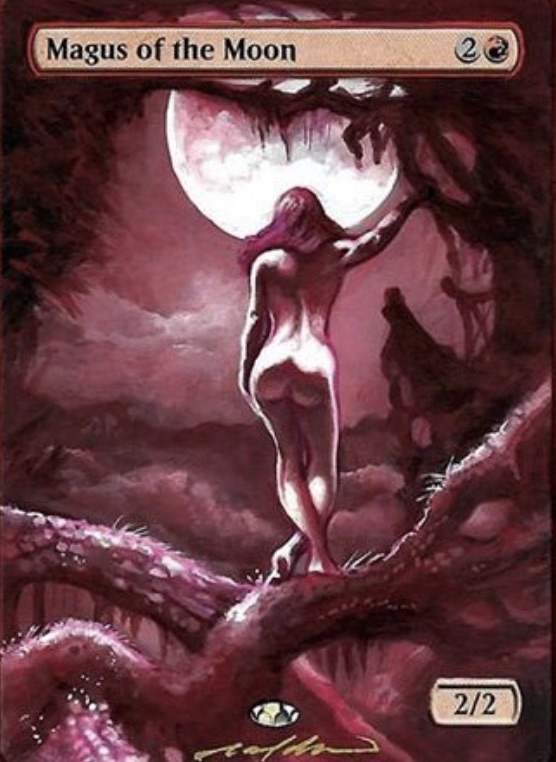 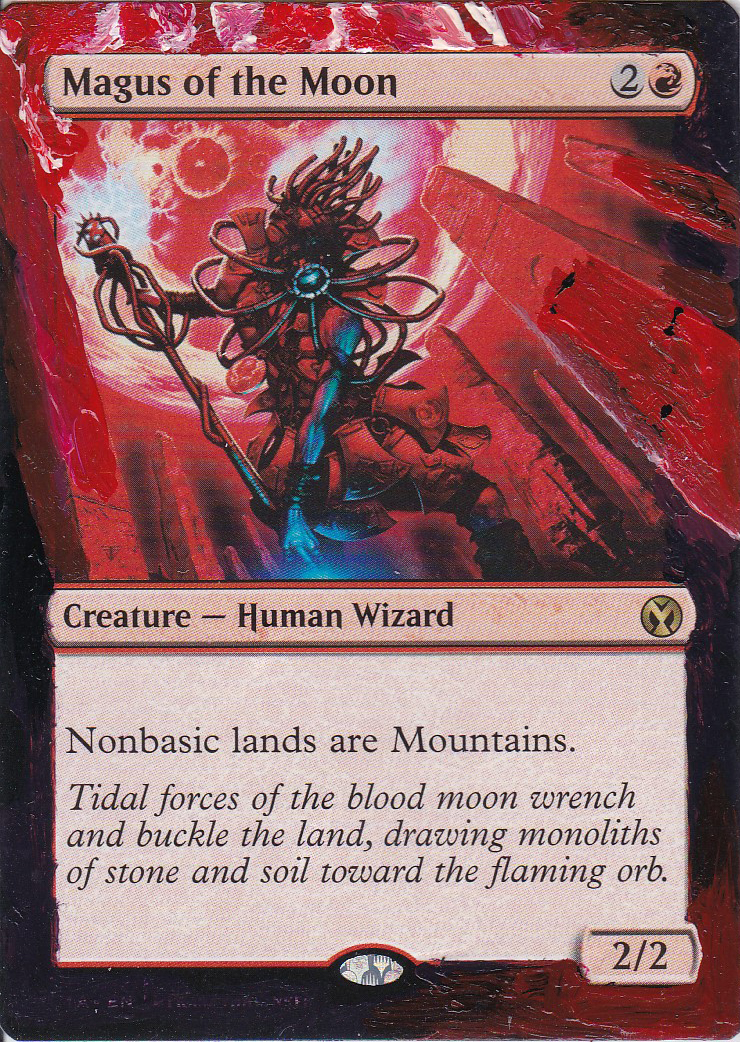 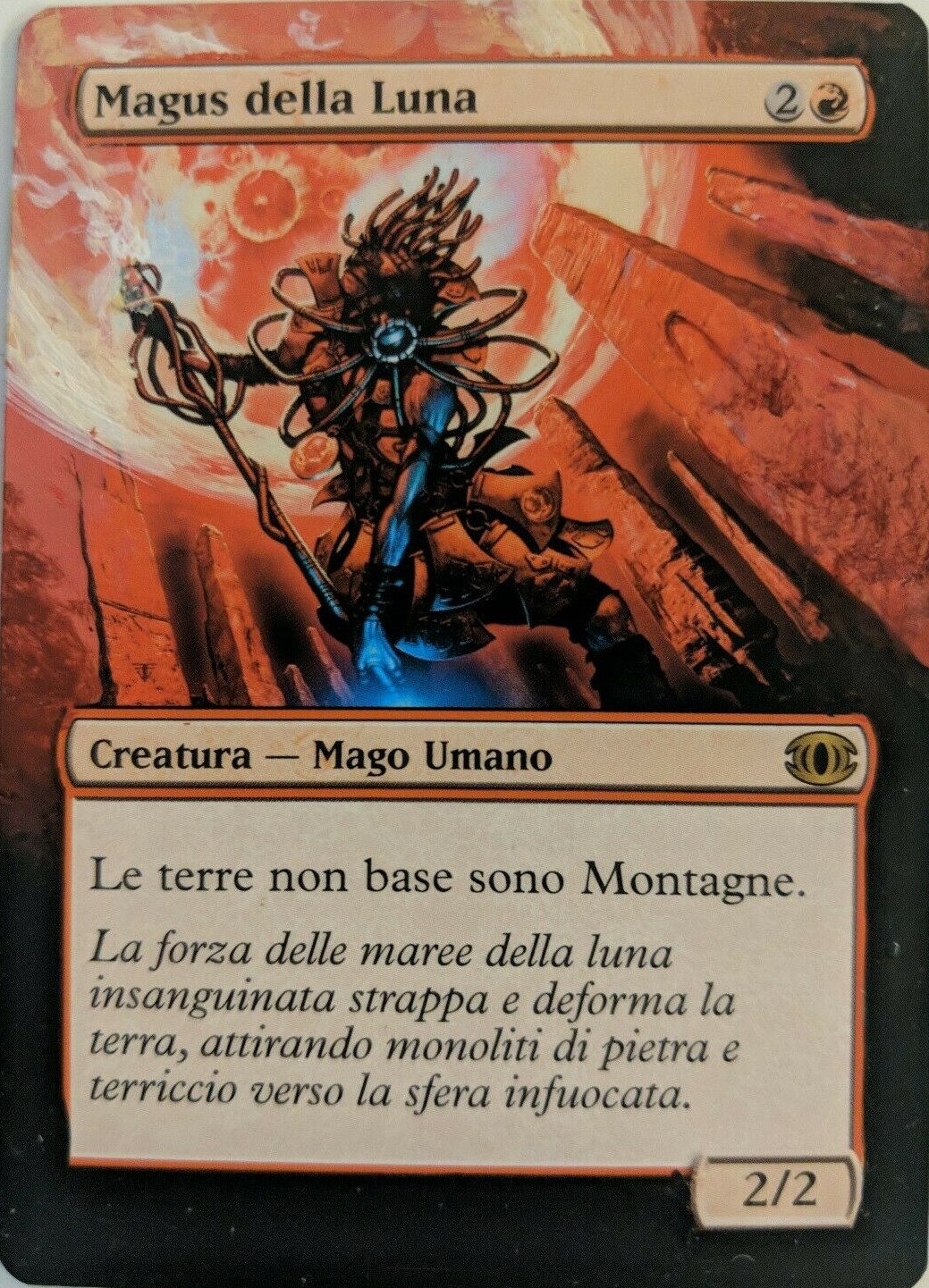