Your Majesty, The Punisher
by FancyLadies 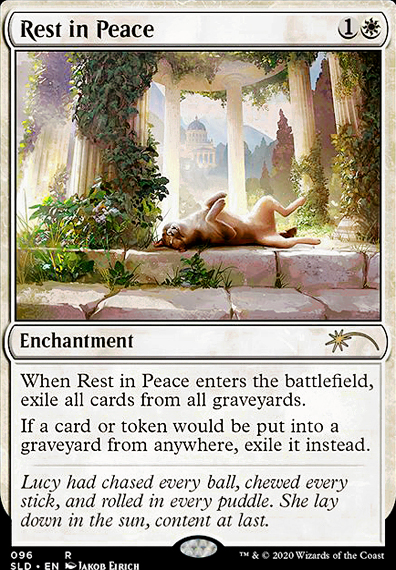 Having played Voltron decks in multi-player matches, I'd recommend focusing on person for the entire game. It's best to target whoever will be most problematic for the table, and try to take them out, then use that as goodwill with the other 2 players if possible. Voltron tends to run out of steam if it spreads its damage around too much.

Although they're pricey, cards like Grasp of Fate and Karmic Justice can help with hitting multiple targets at once, or putting removal deterrents on your side of the board. Promise of Loyalty is also a potential Voltron-friendly wipe effect.

I guess I have a couple cards to suggest that play into your strategy.

Ghostly Prison is of course a white propaganda, but I'm assuming it probably got cut at some point.

Also, it's kind of sad that it's a creature, but who can pass up a second doubling season in Vorinclex, Monstrous Raider .

I suppose depending on how consistently you get Atraxa out, lands that enter with counters or that you can put counters on tend to be pretty good.

i have several questions about "how to build" her. there may be no technical proper way but i have several ideas and at the root of my questioning is, is there such thing of having too much going on inside a deck? that being asked. my first run with her was a "control" super friends. by that i was using the typical mardu removal package to "control" the board, and generally winning by gideon's being gideon's and becoming creatures. also small win percentage came from cards like. Elspeth, Sun's Champion Anointed Procession and Divine Visitation etc etc

my though is i have a mogis deck could i take the core of the Mogis, God of Slaughter deck that i have and remove the small chunk of filler rakdos cards and replace with white for the obvious spot removal, board wipes, and extra slug cards that white offers, or better yet tax like cards?? while using the monach ability, and cards that support that. for example rakdos group slug now mardu because of queen marchesa for cards like Court of Grace Court of Ambition Court of Ire

white enchantments ...(to name a few)

and due to the white addition. you have access to WAY better spot removal not just in mono white but white/black. also access to more wraths.

that being said what would the win cons be in this made up deck??? my assumption would be between the damage from group slug effects, keeping some planes walkers to make dudes or swing with themselves. on top of the fact of having a few creatures in the deck. it all comes down to my original question is all of this going on in side the deck too much of different things going on to be a hindrance or are these 3 or 4 things actually decent enough to work together with out the deck tripping over it self??

Originally, Enchanted Evening wasnât included for originality. Everyone plays it with enchantment destruction, just as those that play Mycosynth Lattice use artifact destruction.

As the deck developed, I didnât include it as it would conflict with Starfield of Nyx and Opalescence. Simply put, your lands would die as 0/0 creatures. Opal will do the same to your opponents, but without a viable cheat to drop spells outside of Omniscience, which is target #1 for any player remotely feeble with threat assessment. This was before I added mana dorks and infinite mana generators which have been more reliable to acquire on the battlefield than dropping Omniscience.

Next, came the issue of a lot of decks running enchantment hate. Aura Shards was, among other things, popping up in my meta much more than Iâd like and Karmic Justice didnât discourage anyone. At present my only issue are global destruction spells and Cyclonic Rift, but this deck has consistently been able to reset its board state swiftly and up to 3-4 times before it burns down. Luckily for me those games are few and far between.

With the current set up I might be able to use Enchanted Evening and, once again, use Omniscience, but they are not imperative additions.

OK, so what if the gatewatch loses on innistrad against the eldrazi?

At the beginning of your end step, if you have a card named Nahiri, Cold Revenge on the battlefield, exile them, and then return them to the battlefield melded.

(Melds with Sorin, Thirsty for Worlds).

+2: Tap up to three target creatures. They don't untap during their next untap step.

-4: You gain an emblem of the card Karmic Justice

Sorhiri, Revenge of the Void

-12: You may cast any number of Eldrazi cards with different names that you own in exile or outside the game.