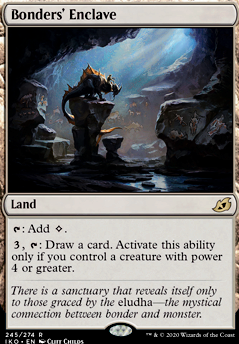 , : Draw a card. Activate this ability only if you control a creature with power 4 or greater.

X' Gonna Give It To Ya
by Padbras

Kozilek, the Great Eldrazi
by Skylord49

Cyb3rguerrill0, thank you for the interest! I have to be very careful with my non-plains in the deck, considering all my mana-doublers, but I might have to squeeze Bonders' Enclave into it!

Hi Vessiliana really like your cool deck it contains some cards that inspired me to choose for my own mono white deck. I also got some suggestions for you: Blighted Steppe and Bonders' Enclave hope these are helpful. Greets