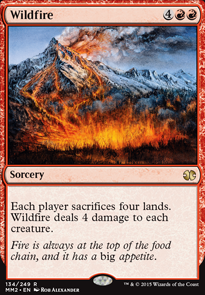 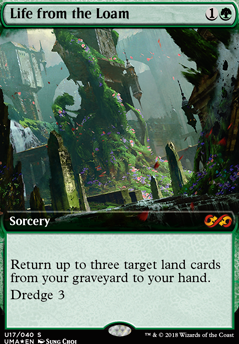 GhostChieftain on Jund vs Gruul

Korvold, Fae-Cursed King and Wildfire is spicy. All the draw you get will help you break parity and korvold is a beefy boi so he can get through wildfire and Destructive Force withoit dying.

Plow Under Ponza - The REAL Ponza

bushido_man96 on The Crown Scourge

This speaks to me as an Aristocrat style, sac-happy build. Reminds me of the Covetous Dragon that ran in Wildfire decks years ago.

Honestly though, my approach to these decks that I'm making on here is a 'son of a bitch' test. To me, throwing that in a deck is like throwing in 4 of Lightning Bolt. I was making red decks with Lightning bolts and after a bit, I did not feel good about how op it was.

The only reason that I didn't put Hymn to Tourach in is because I'd feel like a jerk casting that in my dining-room game of magic with a supposed friend. I'm very aware of this experience, because my favorite card for many years was (and probably is to this day) Wildfire. To hear the groans of an entire table's worth of drunk guys after that dropped...

Either way, I appreciate your feedback! If you ever have any deck with which you'd like some feedback, I'd be happy to help!