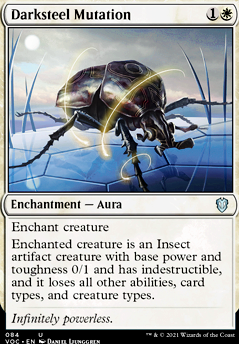 Enchanted creature is a 0/1 Insect artifact creature with indestructible and loses all other abilities.

Look Out Lulu!
by likethebogflower 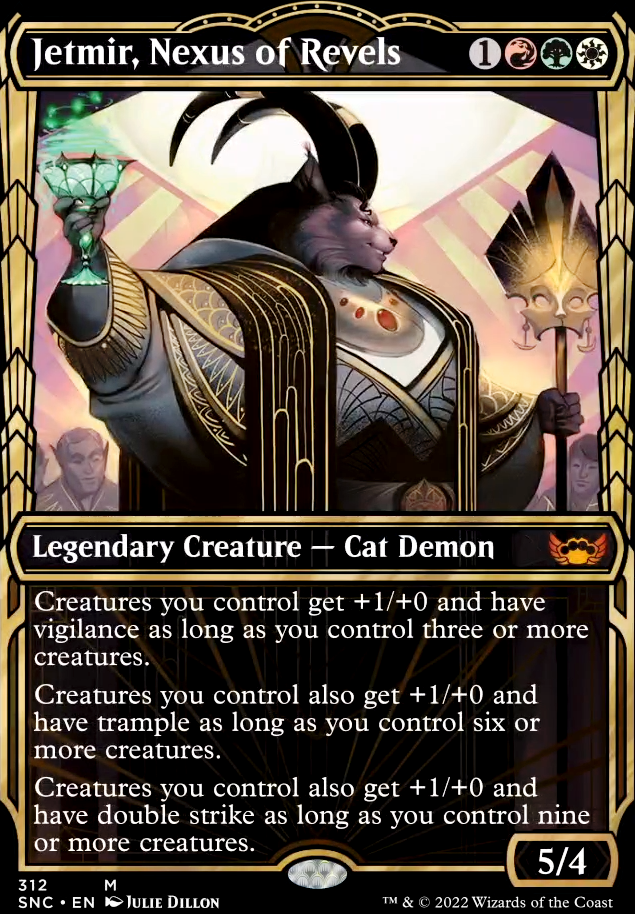 While I get the non-flying aspect I'd still highly recommend Irregular Cohort as with your commander out it gives you a 3/3 and a 4/4 for four that then boost any other angels you play by +2/+2. And since so many of your attackers are in the air, Darksteel Mutation is a great way to remove a problematic threat.

There are plenty of reasons to sacrifice your own creature. For example, it will remove a pesky Darksteel Mutation. Likewise, Feldon of the Third Path can make tremendous work out of something like that.

Similarly, if you have a 0/1 plant token from an Avenger of Zendikar, you can drop a single token and effectively have no meaningful change to your boardstate.

Also, notice how it says you may exile five cards from a graveyard, but it never specifies yours. You can now exile the best cards from an opponents graveyard. For example, suppose they are using a Strip Mine combo. Now you can exile Strip Mine and end that nasty gamelock.

There are plenty, numerous reasons to choose the second option.

But no reason to be snarky about it ;)

I'd also add that you have great artifact and enchantment-based removal like Darksteel Mutation and Imprisoned in the Moon. I've found this super powerful in my Tuvasa enchantress deck, and prefer it to spell removal in the case of all but the most efficient cards (such as Swords to Plowshares and Path to Exile). These are especially good when you can use them at instant speed, which you can here with Leyline of Anticipation and Vedalken Orrery. One that I'd recommend that works even without these out is Stasis Snare, as you can flash it out at instant speed. I'd also add Coastal Piracy as a replacement for one of your less impactful draw spells. I'd personally replace Windfall unless you are running it to disrupt your opponents' tutoring, in which case it makes sense to keep it in. If you are just using it as a draw spell though, something like Piracy would be a good replacement.

This looks like a great deck and I look forward to hearing how you destroy your opponents with it!

Hi again! I might also add a bit more removal to the deck, since it is something that white does so well and will allow you to keep your opponents under control. While you have path and swords, Generous Gift is a premium white removal spell that can take out anything, including problematic lands like Cabal Coffers and the like. Oblation is sorcery speed, but can take out any non-land permanent, and I've found it to be really good. Winds of Abandon is also a good card because it can be either targeted removal or a boardwipe with the overload mode. You do have to be careful with the latter since you can potentially ramp your opponents a lot, but oftentimes you just need to remove blockers to win, and this is basically white cyclonic rift in that particular moment. Fateful Absence is a great new removal card from the new Innistrad sets, and good old Disenchant can efficiently remove artifacts and enchantments. Darksteel Mutation is sorcery speed, but an efficient way to sideline annoying commanders.

I'd defend running Scour from Existence too. You're paying 2 extra for instant speed and giving nothing in return.

There is nothing else to defend. That's why i haven't defended anything else. So that has no bearing on its feasibility.

It also isn't "to board against one commander." They're cards you can use in literally every game because they can exile any target permanent. Run graveyard hate? why do that when i can run permanent hate that gets the job done and offers more versatility? What actually sounds like the more "unfeasible" strategy, there? Running graveyard hate that is kind of just a dead draw vs a non-graveyard deck, or running a spell that does what the yard hate would do which i can also use to answer any threat on the board? It could always be blue artifacts. They don't care so much about getting stuff out of the graveyard. This answers their Darksteel Forge. This answers an enemy Zurgo Helmsmasher on your turn. This could answer Iona. This could answer emrakul if they were legal in the format. It's even a way to deal with a Bound in Gold or Darksteel Mutation. It's good vs every indestructible commander and every protection from colored commander. It even deals with stax. What's important too is that it has a permanent effect and it is not a permanent. Grafdigger's Cage can be blown up or countered, just like Relic of Progenitus and Rest in Peace. However, the colorless spells can only be countered. There's nothing to blow up. Scour can even deal with Urborg, Tomb of Yawgmoth to stop a Sheoldred, the Whispering One, or a Rogue's Passage. Sure ghost quartering them would be much better, but if you drew one and not the other, and that's what's killing you...

You framing this as something people run just to deal with iona is wrong. That would be like saying people only run RIP for the Helm of Obedience combo. That's not true at all.

TypicalTimmy "win by turn 8" Oh yeah. Thats how purphuros works. Ideally cast turn 2.Turn 6 he's killed everyone. Thats why I only did krenko for a couple games and then made it a purphuros deck instead. All the same stuff works in it, basically, but it was faster, and that's what it had to be. Hidetsugu was the same, cast turn 3 or 4, by turn 6 or 7, everyone's life total is 5, and i have tokens so im swinging to win and lava axing someone for the meme.

However, my point about "how does a monored player respond to someone putting Darksteel Mutation on their purphuros?" still stands. Sometimes, you just really need to get rid of an enchantment, and the fact that red can't get rid of enchantments while every other color can makes it feel weak to me. Maybe that matters a lot more if you're trying red artifacts, but that might not be as viable as i think. 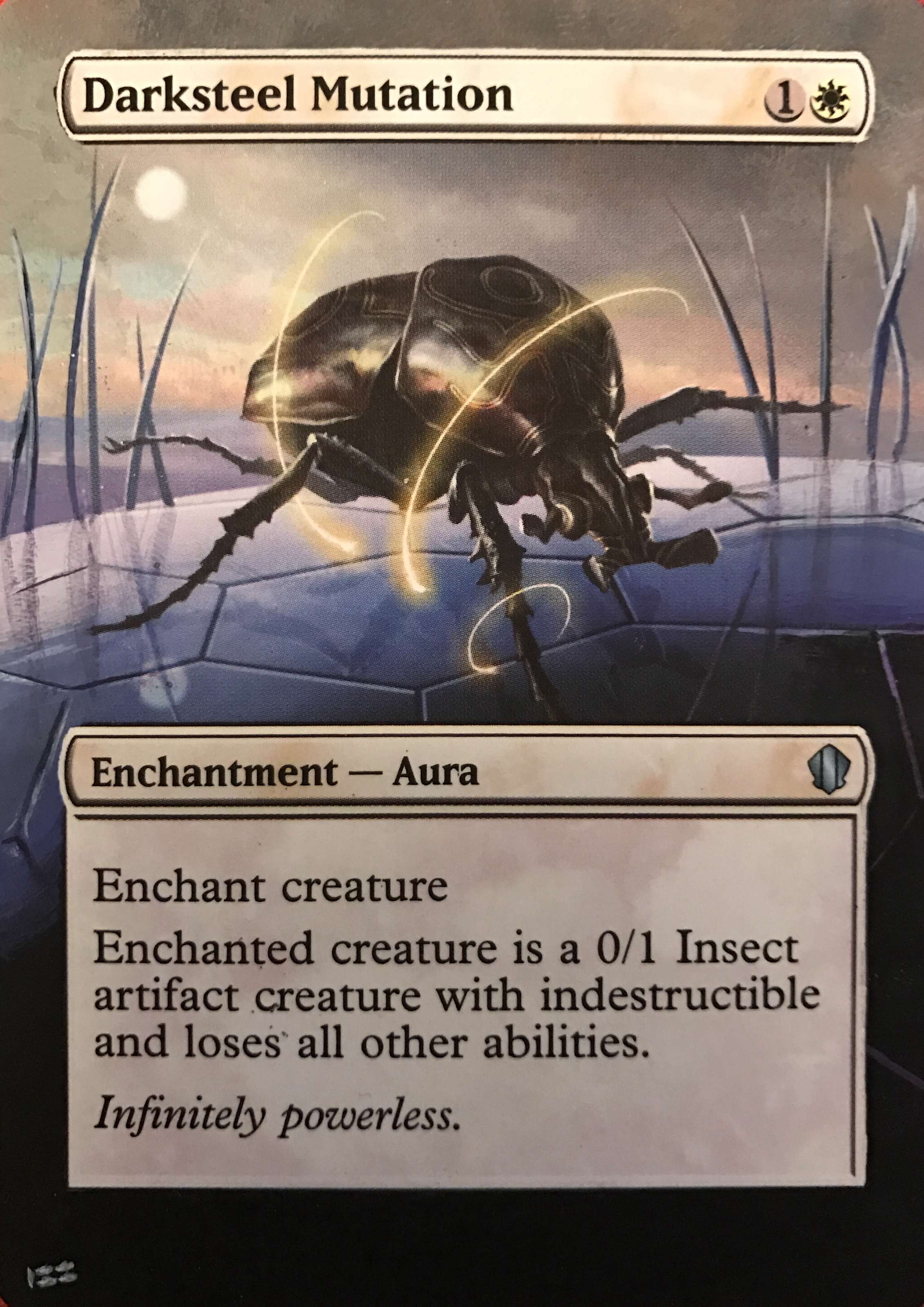 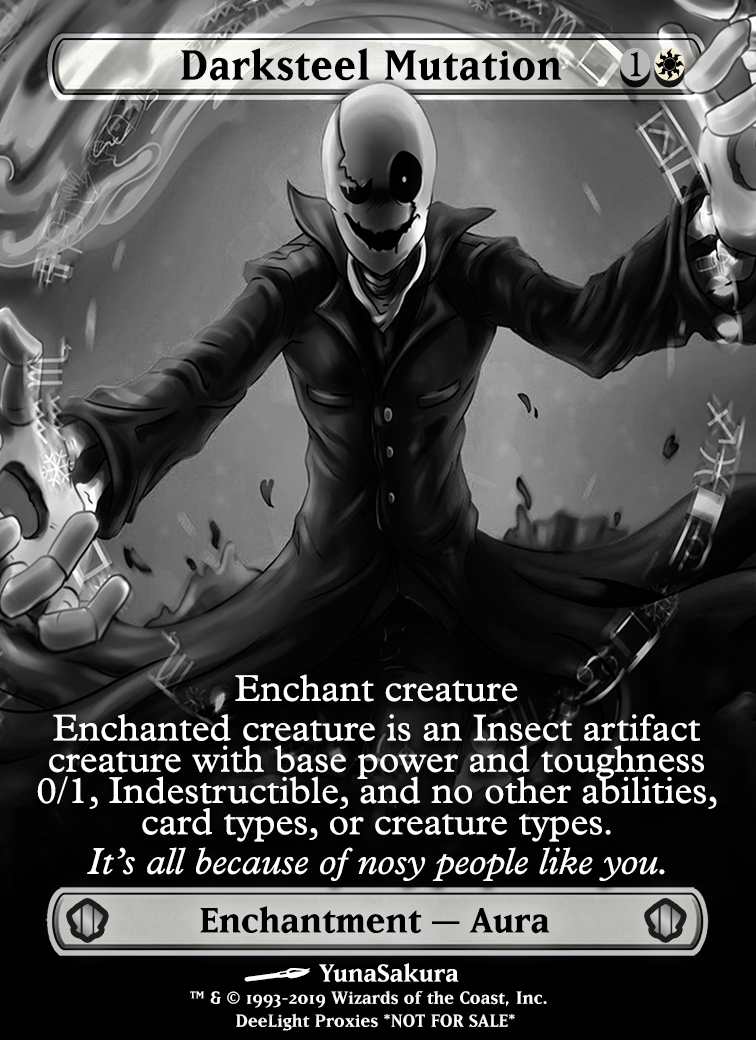 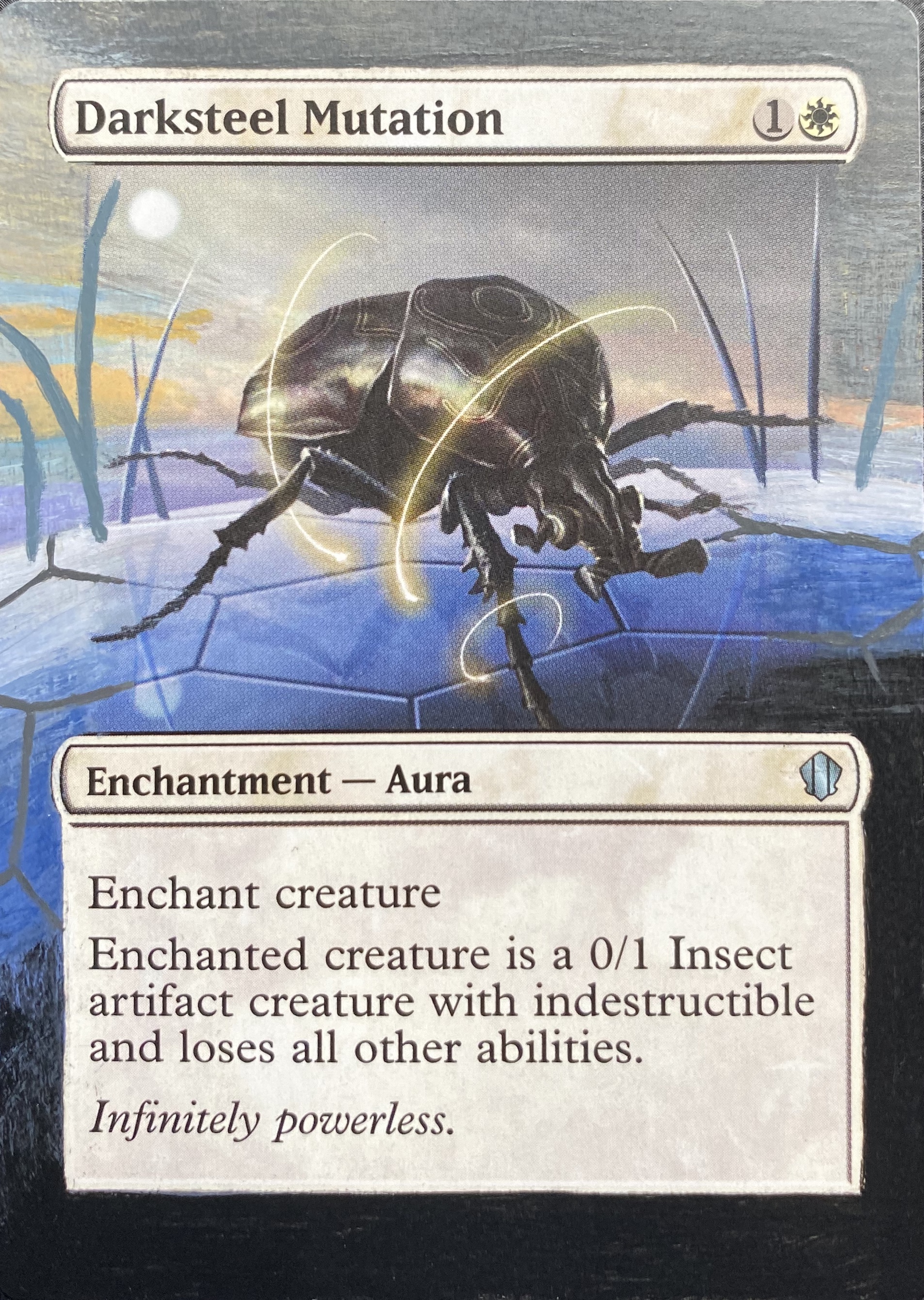 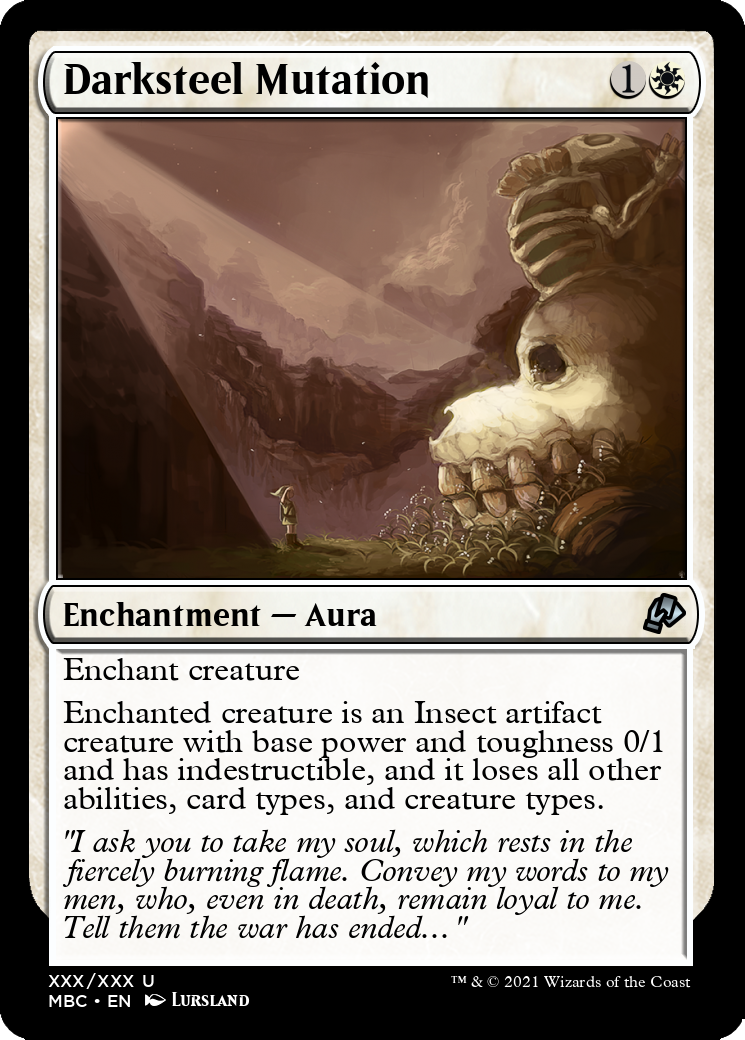