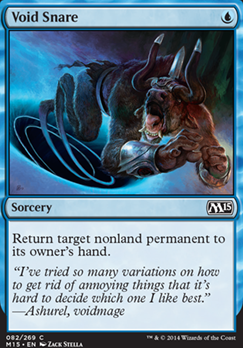 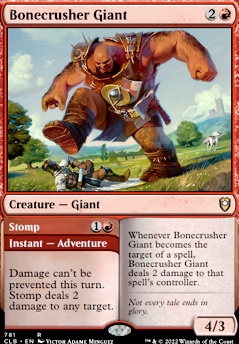 Just to not clutter up azja's feed, I'll give my input to the questions you asked. I'm no azja, so I can't answer for them, this is just my educated guessing.

Capture of Jingzhou is rather expensive, and it's easier to just run something like Time Warp over it. But for Karn's Temporal Sundering, it domes for 1 more when it's a trigger off Yuriko, the Tiger's Shadow, and it has a Void Snare attached to it, which could clear out some other problem like Platinum Angel (niche example, but gets the point across), or put a ninja back into your hand so you can ninjutsu it out on the extra turn.

Tormented Soul being just black is a huge drawback for what azja was going for in competitiveness, it also can't be pitched to Commandeer, Force of Will, nor Force of Negation.

Kaito Shizuki requires further testing. in most cases, it's 3 mana for a single unblockable ninja token and a filter the following turn. You'll hardly ever even want to get the emblem due to trying to win through Yuriko, the Tiger's Shadow triggers utilizing small ninjas and not cheating out something big. It's more beneficial to have ninjutsu creatures in your hand so you can get them to hit an opponent utilizing an enabler rather than trying to find some way to deal combat damage with a rather lackluster attacking ninja.

Yuriko, the Tiger's Shadow enablers want to b as cheap as possible. There's a HUGE fall-off from having a 1 CMC enabler to having a 2 CMC enabler to where that extra mana, and delaying Yuriko, the Tiger's Shadow from hitting someone turn 2 better be a big payoff. Faerie Seer and Spectral Sailor are both 1 CMC enablers, and flying is generally scarce enough early game to where it effectively says "unblockable". Wingcrafter is a way to grant Yuriko, the Tiger's Shadow flying so she can activate her own ability fairly reliably, it also let's you cycle ninjas out by giving one flying, and using ninjutsu shenanigans to keep more expendable ninjas on the board. Example, you could have it paired with a Skullsnatcher, swing it in, ninjutsu it out for a Fallen Shinobi, then after damage (after the triggers and before combat is over) ninjutsu the Skullsnatcher back in so that the Fallen Shinobi can stay a little safer in your hand. Augury Owl Sage Owl being able to see 3/4 cards into your library helps set up a big Yuriko, the Tiger's Shadow play, or can at least give u information to see if you'll get answers to threats or if you need to crack a fetch as you nothing coming up and need to refuel, etc. That extra digging and set-up is basically a Sensei's Divining Top activation, but on an enabler body.

There's no instant-win combo in the deck because azja doesnt like them. "But I don't really enjoy playing combo decks, so I've opted to not include the aforementioned Demonic Consultation & Thassa's Oracle combo.". Having said that, Yuriko, the Tiger's Shadow is typically a really fast agro deck. It will have the general agro problems of puttering out if faced with a deck that has enough lifegain and board wipes. But that deck was also designed more in the cEDH realm, so if a game is going longer than 6 turns, the super control deck is probably going to win anyways. As for trying to throw in more alternate win-cons, you usually want to avoid that. If you need multiple cards for an alternate win-con and they cards otherwise could either be dead, or put you behind in your initial game plan, they are just a hinderance in cEDH. Every individual card needs to be doing something to push you further. You can't have dead combo pieces in hand when you have 5-turn games. Thassa's Oracle is more often than not a dead card in decklists like this. You need a deck build around what it wants you to do, otherwise it's just a 1/3 for 2 mana, and Yuriko, the Tiger's Shadow really doesn't need that baggage.

Scheming Symmetry isn't really a "play and win" card, it's just another 1 CMC top deck manipulation card. It also works REALLY well if you have something like Fallen Shinobi in hand, waiting to hit the person you just let search their library.

"Also, would avoiding the enters tapped lands be better? E.G. Drowned Catacomb, Mystic Sanctuary, Sunken Hollow be far better as say City of Brass, Urborg, Tomb of Yawgmoth, River of Tears, Etc.?" River of Tears is a bad card to try and deal with when you're running on a really low curve. If you play it turn 1, it adds B, so you can't play your 1 CMC enablers aside from Gingerbrute. If you play an island turn 1, and River of Tears turn 2, you now have double blue on turn 3 with no black, and if you play a black mana land, you now have double black and only one blue. If you need the double blue and a black, you would need to tap it before playing a land, but doing something like that makes it so you can't use it for ninjutsu. It's just a hassle of a land and adds too much to keep track up when there's already a lot that's going on in an EDH game. Urborg, Tomb of Yawgmoth is basically just a swamp. City of Brass would generally be a good include though, assuming you're ok with the price tag and games aren't typically decided by 4 life. Drowned Catacomb will generally always come in untapped if you play right due to the amount of fetches. Mystic Sanctuary will generally come in untapped in a deck this heavily blue, and the upside of being able to recur an answer or even a big spell that Yuriko, the Tiger's Shadow can trigger with makes the chance of it coming in tapped irrelevant. Sunken Hollow is the worst offender of the 3, but it still has the basic land typing, so it can be fetched. And that upside is generally enough to warrant including it.

Screw politics! I'll be a shepherd in stead!

I'm a sucker for janky themed concepts! The Unsummon and Void Snare to retrigger Spawnbroker 's "exchange" ability is a nice touch â looks like I'll have my hands full with frogs and swine!

Love it. Consider Void Snare, AEtherize and Displacement Wave, or maybe some red board wipes like Pyroclasm or Anger of the Gods to slow things down. You could also run Thing in the Ice Â Flip as both a board wipe and alternate win condition, but I would recommend it as a sideboard gag. After game 1, your opponent will pull creature removal, maybe hanging on to bolts for your face. Game 2 you shouldn't have to protect Thing much. Curious how this deck does, as I'm thinking about running this for fun: Bouncy Castle Reverse Rack (Budget). +1.

Agreed. You have too many creatures and not enough of the prowess enablers themselves. Cyclonic Rift is only expensive because EDH -- you're never gonna cast it for overload in this deck so it's basically pointless. If you really want efficient bounce spells I would consider Vapor Snag or Void Snare

Thanks for the suggestion. I admit that Void Snare is a bit underwhelming, especially since its a sorcery. However if I am not mistaken Brazen Borrower adventure tag prevents it to go in the graveyard, hence I can't cast it back with Dreadhorde Arcanist.

I was thinking of simply putting Echoing Truth in main deck instead of side. What do you think about it? 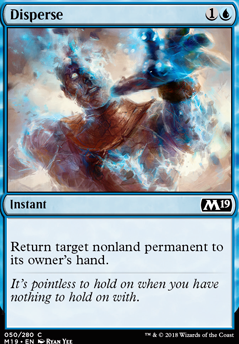 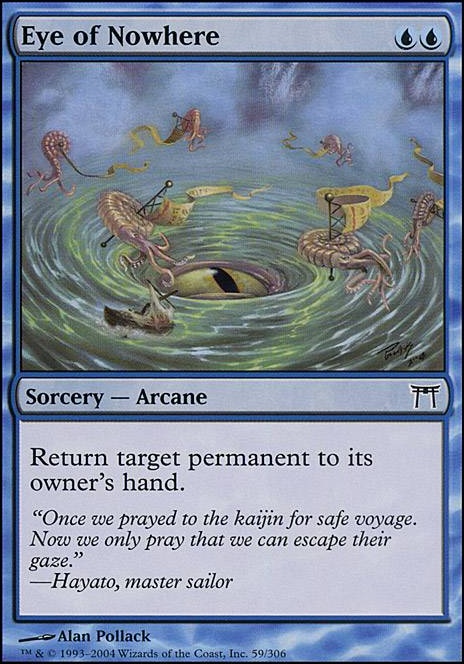 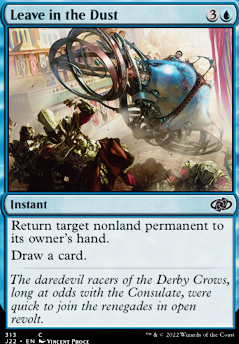 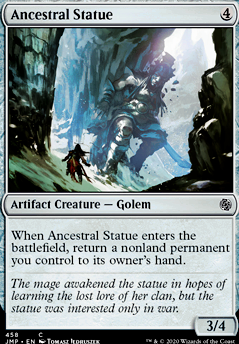 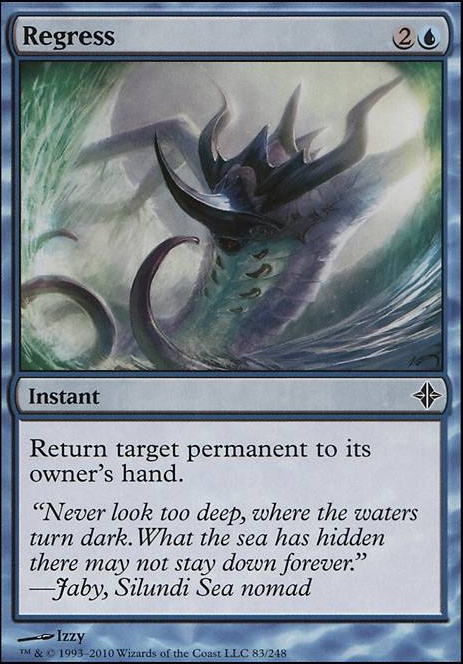 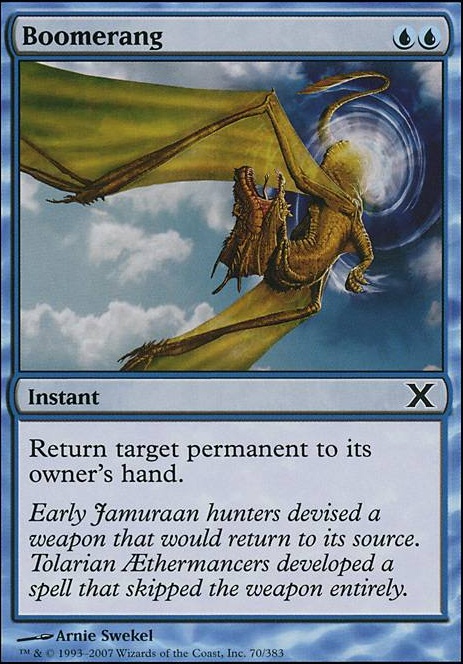 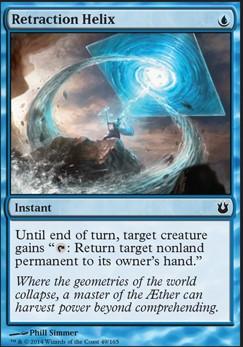 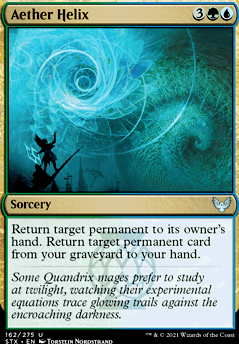 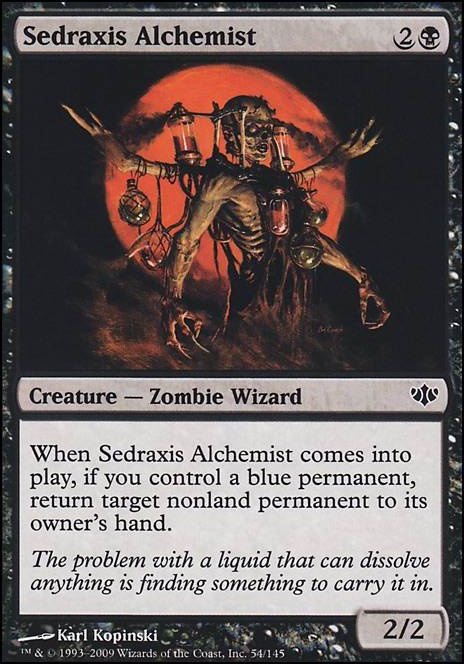 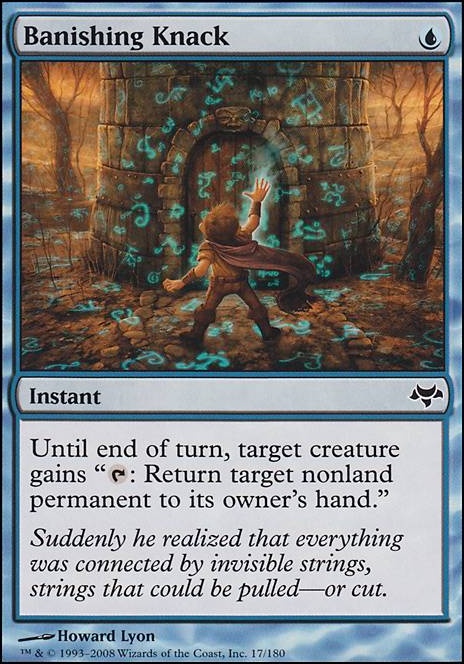 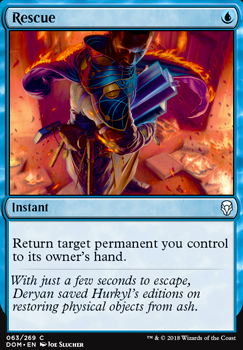 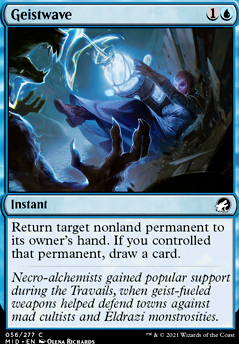 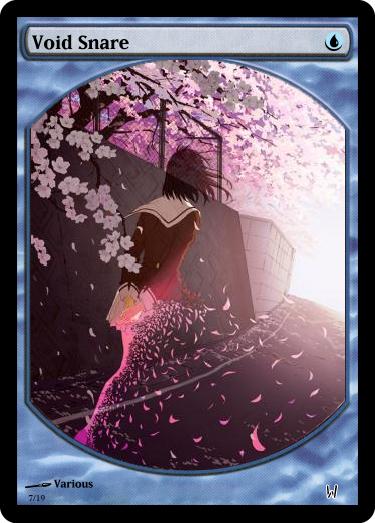