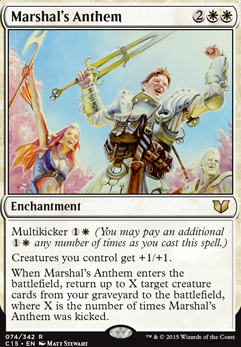 Marshal's Anthem occurrence in decks from the last year 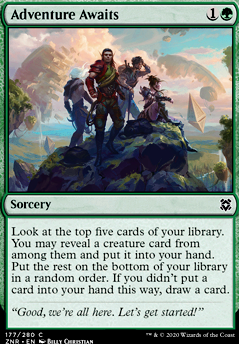 What Isn't There
by TheGreatVirtoc 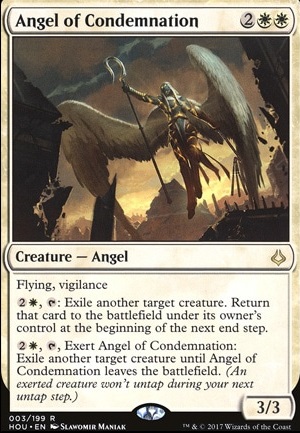 On Wings of Hope (Mono White Angel Tribal)
by hairnett

Dude, not all decks are the same, I don't recommend saying one card is better than another.

On a side note you run way too high of a curve in like all of your decks, and you run like Treasury Thrull in all 3 decks, do you copy paste cards from deck to deck as though they are good or do you just have like 10 pet cards you copy paste everywhere?

Marshal's Anthem is the best for those 3 though. Trying to hard cast those creatures seems impossible every single turn.

I have Marshal's Anthem in many of my decks, but I am contemplating replacing it with Ravos, Soultender

in the decks of the appropriate colors, because Ravos provides a very similar function but is also a creature.

Ravos does have a higher initial mana cost, and is slower to revive creatures, but, since the anthem requires that its multikicker ability be paid all at once, I feel that Ravos is a better investment of mana overall.

What does everyone else say about this? Should I replace Marshal's Anthem with Ravos, Soultender

I have replaced Marshal's Anthem with Whirlwind of Thought, because the former card required heavy investment in a single color, which is not good for a multi-colored deck, and that replacement has greatly improved the color balance of this deck.

I am wondering if I should replace Marshal's Anthem with Whirlwind of Thought, since this deck already has too strong of an imbalance in favor of white, and I also am not certain if it has sufficient creatures for the anthem to truly be useful.

I have replaced Marshal's Anthem with Whirlwind of Thought, since the latter card is generally better for this deck.