Whenever you cast a historic spell, return target creature card with converted mana cost/mana value 3 or less from your graveyard to the battlefield. (Artifacts, legendaries, and Sagas are historic.) Welcome to the Band
by CannedCanOpener 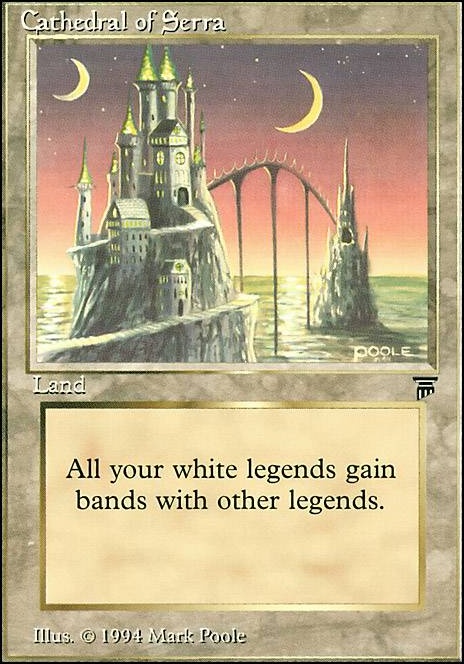 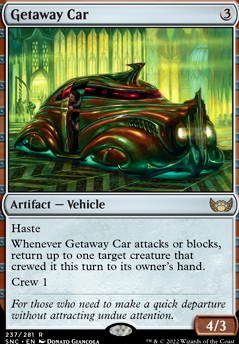 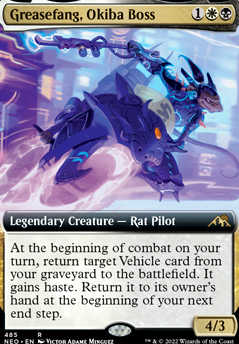 Cauldron of Souls is a neat way to recur Modular creatures. You might like these too: Treasure Nabber (he takes opps' mana rocks, then you can use them and smash them with Zabaz), Teshar, Ancestor's Apostle, Wake the Past, Grateful Apparition, Faith's Reward, Second Sunrise, Tome of Legends, Shifting Shadow

| Idk which mono blue someone did, but the theme of the deck was making | everyone else draw their deck in like, 10-15 turns.

You're playing a very specific subset of EDH. Incredibly casual, incredibly low power. Of course, that's fine, nothing wrong with playing what you find fun, but . . .

That's an environment in which you cannot compare notes. It's a specific friend group, with a specific meta, it is quite literally impossible to compare anything in your group to anyone elses group.

Yes, White is by far the weakest mono color -- for reasons already explained above. It becomes entirely unviable in mid-to-high power EDH, and only becomes worth using again when you get into cEDH where Oswald Fiddlebender and Teshar, Ancestor's Apostle helm artifact based decks with a few white cards splashed in.

Given your implied budget, "Eventually I was forced to build Zurgo Helmsmasher voltron deck that i turned into a Kaalia deck because voltron stuff is expensive as shit, even compared to the good angels, demons and dragons", I doubt you'd have played with most of those(also the time line means Dockside and FoN and Guardianship were not available, and prices on specific cards may have been cheaper) meaning you definitely would not have been anywhere close to the environments in which white would actually show up as worse than other colors.

No problem! And thanks for the follow up! I actually took your advice and took out like...half the Rat Colonys and Echoing Return and ended up adding a lot of creatures that could discard or support the artifact/vehicle aspect of it.

It's funny, without the rats I think this deck almost plays a little slower. But also more reliably.

Lion Sash: Not bad to include as a mana sink finisher if your commander has incidental evasion, like Teshar, Ancestor's Apostle. Note that a lot of relevant cards like Hardened Scales only works while the Sash is unequipped.

Also i am not a fan of Teshar, Ancestor's Apostle, he doesn't add a lot of color variety and his recursion is limited. Similar story with Kenrith, the Returned King. Not a lot of spirit support for Hofri Ghostforge, but i get why he is in there.

Veremox on Can a creature that gained â¦

So, i was playing a casual EDH game with a friend when he casts a Anger of the Gods upon my creatures, then i follow up with a Brave the Elements to protect my creatures from red, my friend then casts a Pyroclasm arguing that, due to the stack, my creatures would be killed by Pyroclasm BEFORE they gain protection from red, wich kills my Teshar, Ancestor's Apostle and half my board.

I know the last spell in the stack resolves first, but this looks a little awkward to me. Is this correct?