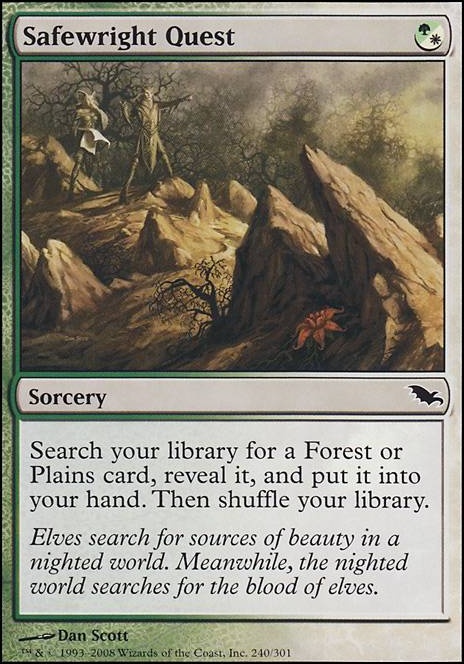 Search your library for a Forest or Plains card, reveal it, and put it into your hand. Then shuffle your library.

OH LAWD HE COMIN
by timeforgulag 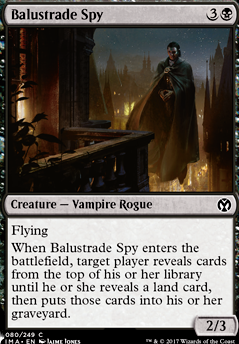 Hero of a Thousand Faces
by docm

I'm choosing between Safewright Quest , Farseek and Nissa's Pilgrimage to increase my land ramp and help remove basic lands from my mono green deck, however I can't decide between a 1 drop hand, 2 drop battlefield or 3 drop hand + battlefield (possibly 2x hand + 1x battlefield) which would be better and why?

I'm running 4x Bloodbraid Elf and 4x Panharmonicon so I need to be able to play them from draw, but also gain advantage on a BBE cascade

Judging by cost I assume Farseek is better (probably because it's the middle ground to my above requirements), but I'm not 100% sure why it's 'better'

I really like this deck (I only used the tappedout playtest function a bit), I kept thinking of cards and then would see you already had them. My only small suggestion would be Safewright Quest in case you aren't drawing into your special lands and heavily drawing into one color. Otherwise it seems like a fun deck, I'd like to do some playtesting with it sometime.

Wow, what a cool deck concept. If you ever want to splash white to play Weathered Wayfarer I'd recommend considering Safewright Quest .