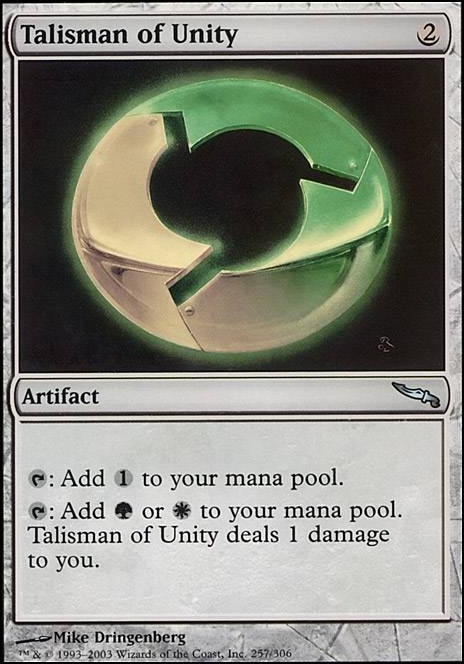 Tap: Add (Green) or (White) to your mana pool. Talisman of Unity deals 1 damage to you.

Talisman of Unity occurrence in decks from the last year 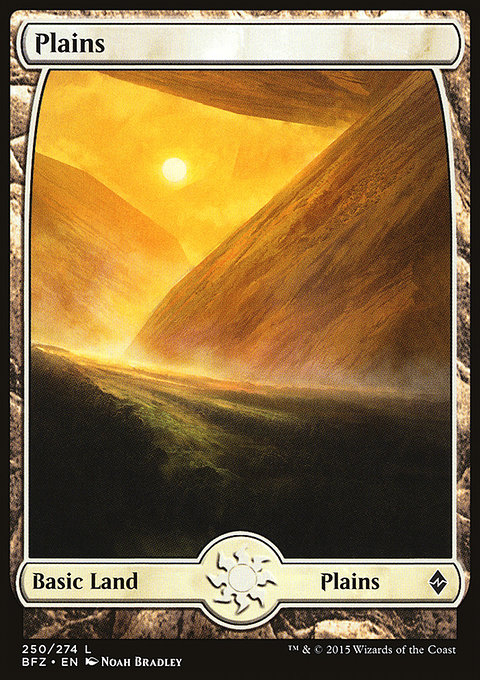 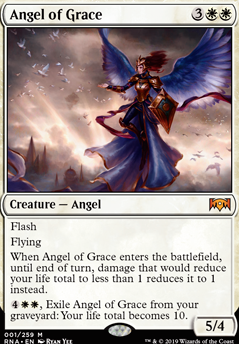 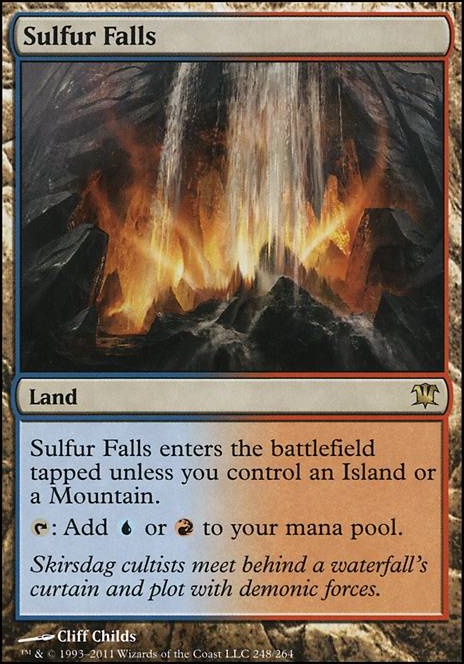 I think it's really awesome that you made this for her! 37 lands is definitely more than plenty and if you worry about not being able to ramp, you could maybe throw in something like Selesnya Signet, Talisman of Unity, Birds of Paradise, or some other artifact or creature type ramp. Just based on your description though, I think it would be absolutely hilarious if Colossification was in here but that's only my thought. Great job on a fun deck overall!

I think you can make some improvements in your mana rocks. The Borderposts you currently have in the deck are pretty awful compared to the likes of Fellwar Stone, Talisman of Conviction, Talisman of Impulse and Talisman of Unity. Speaking of rocks, why in the name of the Threefold Sun do you not have Sol Ring? Additionally, you could get a Chromatic Lantern in there as well. All of the previously mentioned aren't pennies, but are still quite affordable.

As for lands, I understand you don't want to break the bank BUuuuuuut have you ever looked into the Mirage Fetchlands? Specifically Mountain Valley and Grasslands are relevant to this deck. Also, there are some dual lands that fit within your budget - the Battle Lands cycle from Zendikar. From that cycle, consider Cinder Glade and Canopy Vista.

I think that's it for now, but your deck definitely could use a few upgrades to be more consistent.

I noticed you don't run Savannah. Is that a budget call or a strategic one? Also not running Survival of the Fittest. Is that because of budget?

How is your early ramp? Most competitive decks run things like Wild Growth, Utopia Sprawl, Carpet of Flowers, other 1 cmc dorks etc, rather than Skyshround Claim, Cultivate, etc. (Three Visits is another nonbudget card that I think is better than Cultivate in a competitive combo deck. There's also Arcane Signet, Talisman of Unity, Fellwar Stone, Mana Crypt, etc)

Would it be possible to shave off some combo lines, focus on only the best ones, and free up more slots for ramp and maybe removal/interaction like Nature's Claim or Veil of Summer or Rebuff the Wicked.

I totally get why this deck doesnt run hate bears like most competitive GW decks would. But on the other hand, I worry about it not having enough removal for OPPONENTS' hate pieces which could stifle the combo.