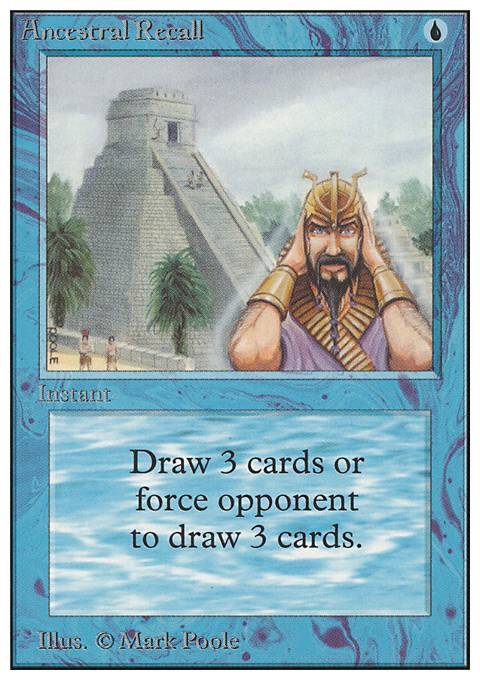 Turbosteel, Best deck ever. No clickbait 100% wins
by Stumpy123

fatalzintomyum on Why do people hate Blue?

I think that the object that dominates this chat is apparently the thought that blue has just some psychological effect on players, and that truly, past the brain, blue is truly not that good. I do agree that blue has this effect, but I would just like to say one thing. Blue is very powerful and there is quite the reason that it is the only colour on the power nine. Blue has aggresive creatures,(just look at delver and the standard "tempo winter" after Ixalan), it has very powerful interaction in the form of bouncing quite everything and also the classic Counterspell, and, of course, it has card draw, and the best too. Card advantage, in a game that progresses slowly,(which it always shall, playing against blue) card advantage is everything. In every format, blue card draw has played an important role, from Ancestral Recall to the humble Divination. Blue is the most powerful colour, whether or not it is interesting or not, and in this game, no matter how interesting your colour is, in the end, power is all, and blue is rolling in it.

(I would like to say that I cannot pesonally say that I like blue at all, but this is undeniable)

jaymc1130 Lurrus, Gyruda and possibly Yorion are banworthy. Gyruda specifically because it's a boring combo deck that's not even interesting or complicated, who cares if it's good.

However, while Yorion and Lurrus may amount to 5+ cards of value, I want to point out that Dredge does a pretty good Ancestral Recall + Black Lotus imitation every single turn. Best Lurrus can do is 3-mana one-sided Howling Mine, and best Yorion can do is Eerie Interlude. Magic survived Dredge(after some bannings), and Magic will survive companion.

I want to make a few points, both agreeing and disagreeing with OP.

I really like Faithless Looting, especially when my colors are more limited. You are running plenty of blue and there are just so many other blue draw spells not yet in your deck. you might be targeting that one drop-spot, but if you want to really up the CMC, Recurring Insight can be downright amazing. At pone CMC, I am sure Ancestral Recall is out of budget (I know it is for me). With the green ramp you have in here, what about Sylvan Library. It's possible you are hoping to recur with the discard from Faithless Looting, but I am not sure there is enough in here for it. Just some thoughts.