No Tutor Kinnan
by Kalavas 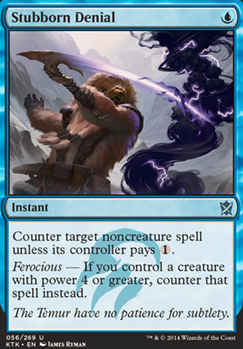 Cornelius_1216, the deck has even surprised me with its performance. This isnât anything competitive by any means, because I wanted something that would be fun for me to pilot, but the deck can just blow up out of nowhere on turns 4-6. Iâm glad you were able to find some stuff out of my brew to include to yours. Feel free to send me a link to your Omnath, Locus of Creation. Iâd definitely like to check it out!

Metachemist, I am definitely on board with cutting Nissa, Vital Force and Echo of Eons for Enlightened Tutor and Worldly Tutor. Felidar Retreat I wanted to give a shot, but you do make valid points and I can make the cut for Fierce Guardianship. I think I might opt for Deflecting Swat over the other counter cards. Though I would need to cut something else over Wheel of Fortune. That card has disrupted my opponents hands and giving me a desperately needed full hand many times than none. Iâm definitely open to more feedback from you.

So I have some more suggestions that I think would help tighten up the deck a bit, it leans it more towards combo/control but hear me out.

Cuts: Nissa, Vital Force it's good and it's synergy but I think we can do better.

Wheel of Fortune I know that draw is an issue for you but! I think this and Echo of Eons better fit in a deck that want to take advantage of the parity of up to 3 other opponents drawing that many cards.

Adds: Fierce Guardianship tapped out from a big turn but couldn't quite close out the game? Would a Wrath or Counter really wreck your plans? Tell them to bugger off.

Force of Will or Force of Negation See above.

Enlightened Tutor and Worldly Tutor we don't need to draw as much if we draw exactly what we need. (insert head tap meme here)

This is a really neat deck, I like stuff that messes with the board

Iâm not sure on the rulings, does Inniaz, the Gale Force specifically target the non-land permanents? I would think it does, which means Willbreaker could actually just steal up to 3 creatures each turn? I think?

T.O. seems like a slam dunk here at almost any juncture of the game, whether it's for early game scrying, as a wincon (after establishing the win from Chain Veil), or even as pitching fodder for Chrome Mox or Force of Will.

Concurrently, Force of Negation and Fierce Guardianship seem like no-brainers here too. Any reason why they're not in here?