I finally Caved In
by CEOofCanada 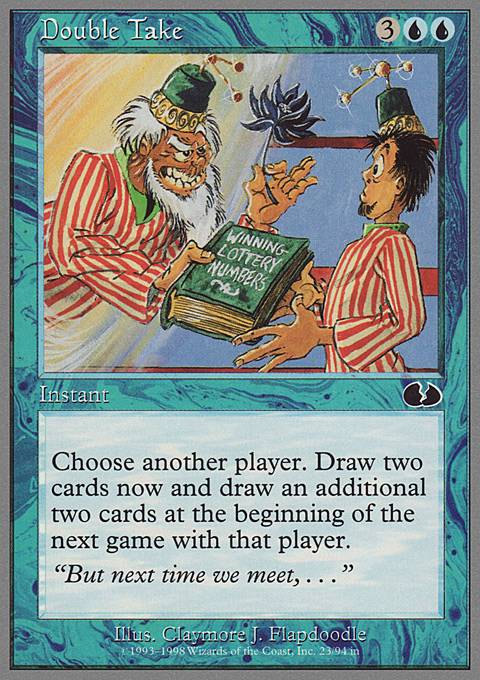 Hey there! Here are some cards you may want to consider:

And you NEED Thespian's Stage to combo of Dark Depths since Thespian is already on the battlefield you dont trigger the counters ability and will auto trigger the last part giving you the avatar as soon as turn 3. Legend rule you will have to sacrifice the old land wen thespian copy it.

Oh yeaaa, you should also grab a Gitaxian Probe, no clue how I missed that one, that card was just a mistake lol.

Daveslab2022 Force of Negation was the better card, as it shut down both recursion on the front of Mystic Sanctuary loops, and Life from the Loam's dredge. It's much more aggressive text is being able to exile.

That being said, Mystic and Loam didn't need an upgrade, they already were together in Simic/Bant piles that were completely unbeatable for other decks statistically in a best of 3.

Those decks were too consistent at setting up engines, and were only preyed on by a Sultai Scapeshift deck running full copies of Force of Negation and Cling to Dust that could exile the loam and targets for Sanctuary. With Mental Misstep in the format, Force of Negation was the better card, and was run as a full playset in effectively any deck just to beat Loam piles.

As is, without Force of Negation, either Life from the Loam needs to go, making Scapeshift/Field of the Dead piles the only viable list, or Mental Misstep needs to go, allowing Cling to Dust to be a viable answer in the format. Banning Mystic Sanctuary and Force of Negation just targets blue too much despite their dominance, as UG piles are the issue, and removing Sanctuary just makes all-in Field of the Dead the goal, which while slightly less powerful, as Cryptic Command loops are easier to set up, they also make each deck a little different, as you have to decide to split the deck for both islands to get to sanctuary or different named lands for Field, or some mix that ends up meaning the deck overall suffers consistency.

I am running Simic Land Control (Bant Field Spellchaser), and the only change in the update is dropping the 4 of Force of Negation and 1 Gitaxian Probe (used to see if your opponent had a force before loaming) for 2 more of Force of Will, a Finale of Revelation, and Archmage's Charm (steals any non-land permanent like a flipped Westvale Abbey Â Flip or Dark Depths token or counters or draws) and another land.

I also swapped Finale of Glory for Martial Coup and made a few land swaps, but not much else.

Basically, I could swap around a few counterspells, and some lands, and now my deck, the deck that went 43/0 so far against the field, with no game losses, let alone match losses, against any deck other than my own variations of Sultai Scapeshift when I piloted both, is now better due to the ban, despite it being the best deck before the ban.

I mean now the format is less balanced, but I'm down to keep winning!