Lingering Souls occurrence in decks from the last year 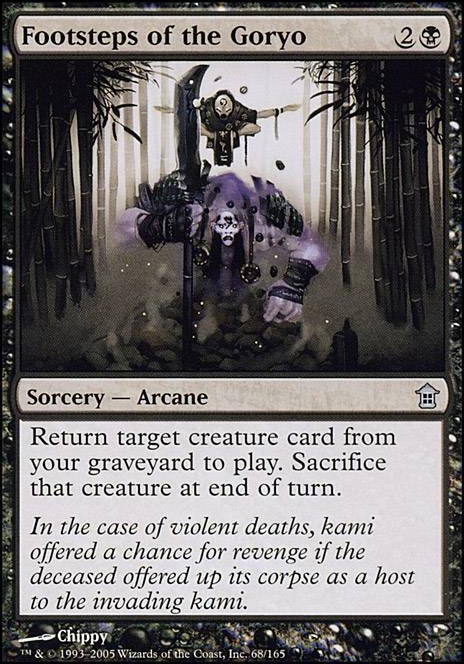 I feel like some copies of Lingering Souls are always good in a deck like this that is grindy and also plays Equipment. I might cut at least one Cling to Dust and one Kaya's Guile - they are quite situational and I don't know if you need 2 copies of each.

I don't think you need Mirror Gallery here. Your only legendary is Tetsuko, and you generally don't need multiple copies of her in play anyways. +1 to the recommendation of Intangible Virtue.

Battle Screech would be a great addition here, as it creates a ton of flying tokens very efficiently. You could also consider Lingering Souls alongside a light black splash.

Funeral Pyre seems pretty lackluster here, since you couldn't even cast it turn one because it would need to target something in your own graveyard. Doomed Traveler or Hunted Witness might be better ways to generate an early board presence.

If you want some value for interaction, then the answer is cheap versatile spells. Here are my favourites:

You are playing multiple mana artefacts. I don't like them. If you look at your curve you have plenty to do. I think you can better put more lands in your deck then these mana rocks. Only exceptions are rocks that help you more than getting more than just 1 mana for 3 mana. Spectral Searchlight is something that you can use to help your opponents to kill each other before killing you.

And yeah, with the small amount of cards you have that require black mana that seems more than enough. You can even use Lingering Souls once and not run into black mana and still not lose the game because of it. For such small splashes I don't think you need to invest heavily in shocks and fetches at all (though it's theoretically the most optimized version of the deck if you want as close to 100% as possible consistency).

An advantage of not running Lingering Souls is that you can keep it mono-white and spend that land money on other cards, though. But let me know how it goes!

Also, not 100% sure on this, but maybe try playtesting with removing Servo Exhibition for Battle Screech and keeping Lingering Souls? You have plenty of 2-drops besides the servos to keep you busy on t2, but Lingering Souls gets you the most out of t3 and without it you might be wasting mana if you don't have a 1-drop to play alongside a 2-drop or don't have a path in hand or something to use it on. But like I said, not 100% sure about this :)