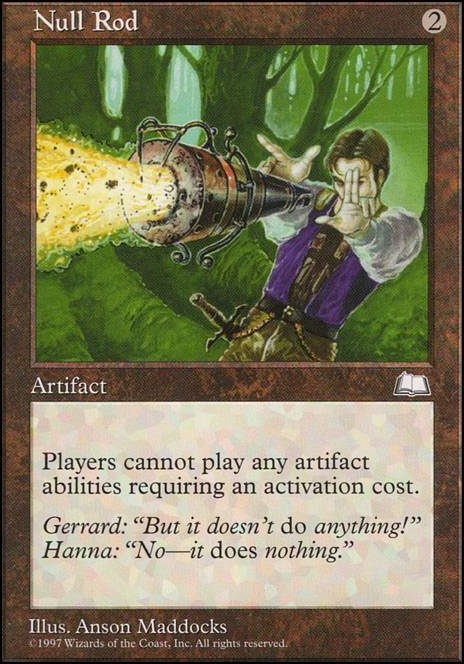 Gallia, of the Endless Stax
by FrankieG 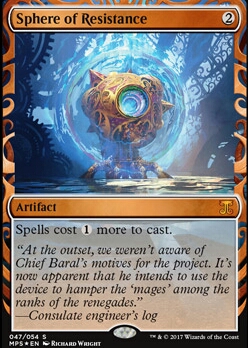 In general, sideboards tend to be used more for hating on other decks rather than changing the gameplan of your own. For that reason, I'd consider filling your sideboard with maybe 2 more copies of Iona, Shield of Emeria, classic hate staples like Chalice of the Void, Sorcerous Spyglass, and Tormod's Crypt. Sense artifacts are real popular, Null Rod is also a pretty popular sideboard card. Additionally, this is vintage, so I'd obviously suggest a Black Lotus. My only other comment is that even for a vintage deck, 9 creatures is pretty few to work with, so it'd be worth it to think about tossing some more in there, maybe shoot for 12-14?

It's just amusing that all of those decks have a chance of being rolled by tasigur golden control or hack ball. They're just generically more powerful when looking at them in a vaccum versus how they perform when decks are specifically designed to hedge against them. Good ol' Cursed Totem and Null Rod warp games and typically give the under dog fringe decks a chance. I've piggybacked so many wins off of other people's stax I've seriously considered rescruturing my tempo turns edric with more locking pieces.

Lol I love Edric. It just snowballs into insurmountable value. One you have Notorious Throng and Nexus of Fate

in your juggle you're almost guaranteed a win. Additionally, it dodges so many of the hate cards like Null Rod, Gilded Drake (barring a 1 v 1), and even Cursed Totem isn't that bad.

Wow what a cool looking Primer. Solid deck, you did an absolutely great job! I'm a big Elf tribal fan, because Elves where my first deck ever.

This deck looks already pretty strong, if you want to play on a cEDH table, you just should do some small adjustments:

I played elves in almost every format and cool combo from modern was: Cloudstone Curio + Heritage Druid + Nettle Sentinel = infinite mana or with something like Elvish Visionary or Beast Whisperer you can also draw your entire deck if you want