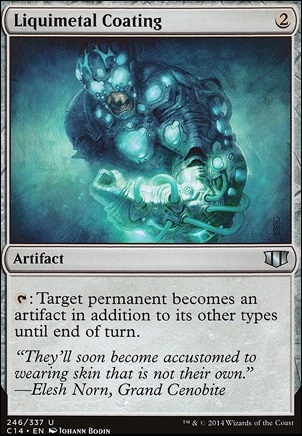 : Target permanent becomes an artifact in addition to its other types until end of turn.

Just tinkering around
by chonkyplatypus 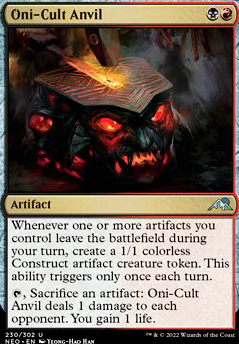 Neat deck. I was thinking about ways to untap him consistently in these colors for multiple activations in a turn. I see you have some untap effects already, but turning him into an artifact with Ashnod's Transmogrant, Mycosynth Lattice, and/or Liquimetal Coating/Liquimetal Torque could work, then untapping him with Voltaic Key and Unwinding Clock. This also makes artifact removal like Shenanigans repeatedly useful for enemy permanents. Just something to consider.

legendofa on Toxrill the Corrosive

Most "permanent gets other permanent types" are either single-target or completely symmetrical. In fact, I can't think of any that affect only your opponent, and a few card searches don't come up with anything. My only other thought goes into an outside color, with Enchanted Evening and Opalescence, which doesn't really help.

The most common something-into-something-else effects are turning stuff into artifacts, like Liquimetal Coating and Liquimetal Torque, and artifacts into creatures, like Ensoul Artifact or Tezzeret's Touch. This can help grind down one permanent at a time, but it takes some more work to be reusable.

Yes, it doesn't do that much, outside of removing one land and maybe max 5 others from enemy deck and having thragtusks.

Did similar one in the past, but RG version with combo: Mycosynth Lattice + Vandalblast. It was bad anyways, even having much more ways to interact with enemy, ie some ETB cheap creatures that destroys artifacts + Liquimetal Coating and other basic things.

Hallo!
May i suggest Liquimetal Torque over Liquimetal Coating?
Cheers! 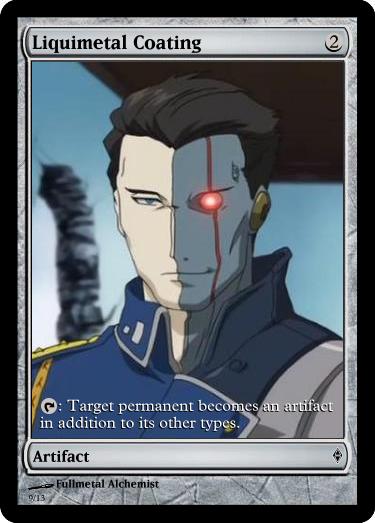 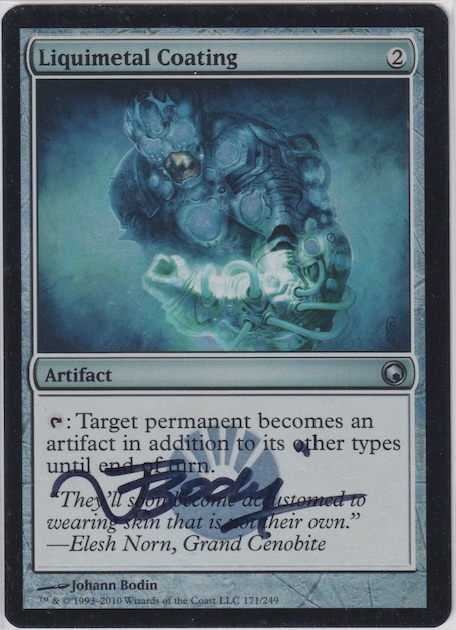