Sacrifice a creature: Add to your mana pool.

Anyone have any thoughts on what Ashnod could do? Something about sacrificing creatures, I assume. Dimir, probably?

I really hope they take the chance here to reprint Ashnod's Altar in the Mishra commander deck, too.

Ashnod's Altar and Phyrexian Altar would be great for turning your Commander's ability into a mana source. Adding Pitiless Plunderer is great as well especially with the previous two cards mentioned. They actually infinite combo with Bloodsoaked Champion and either Zulaport Cutthroat or Blood Artist. Mikokoro, Center of the Sea is good in mono black decks imo. Also Peat Bog and Gemstone Caverns would be good additions to the land base as well. Boseiju, Who Shelters All it also very good for protecting stuff.

If you like these choices then I can help out with what to take out! Looks fun though!

CoarselyRefined i have recently picked up the Liquimetal Torque and just haven't updated the decklist here, I hadn't thought of looping Myr Battlesphere with Nim Deathmantle and Ashnod's Altar so thanks for the suggestions! :)

Nim Deathmantle and Ashnod's Altar loop with your Myr Battlesphere as well.

It seems pretty decent in most token-heavy sacrifice decks. It's a worse Yawgmoth, Thran Physician, and pairs decently with Sifter of Skulls, Ashnod's Altar, Pitiless Plunderer, and the like.

I don't have any specific uses for it because it's outside of the color identities of most of my decks that would want it. 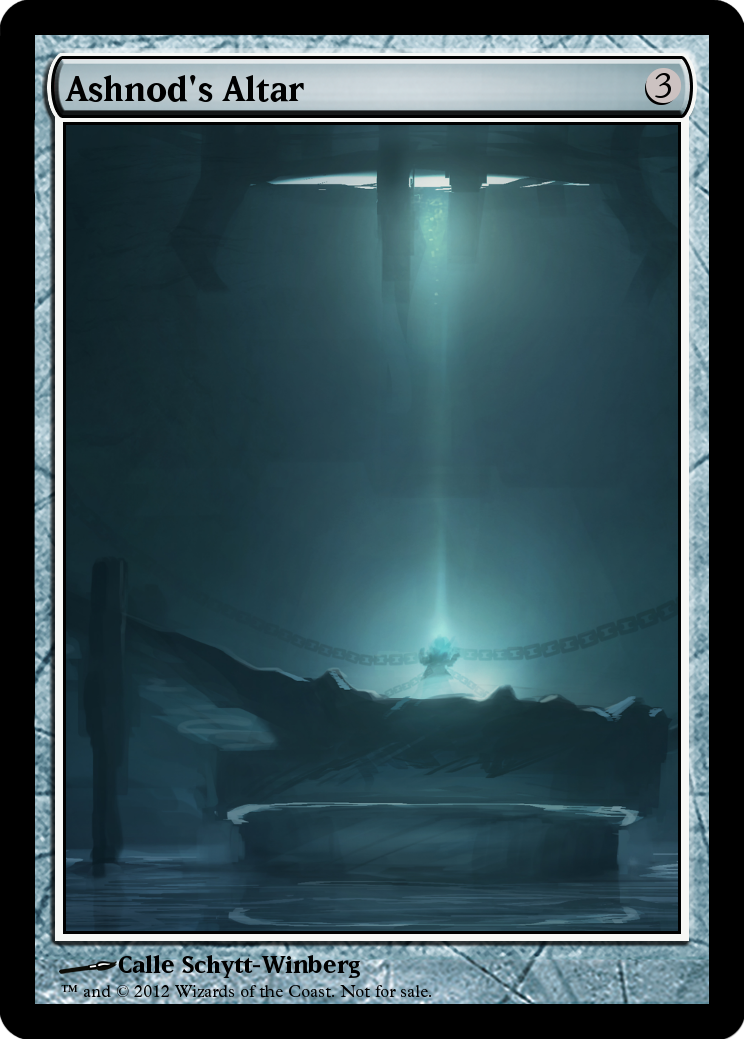 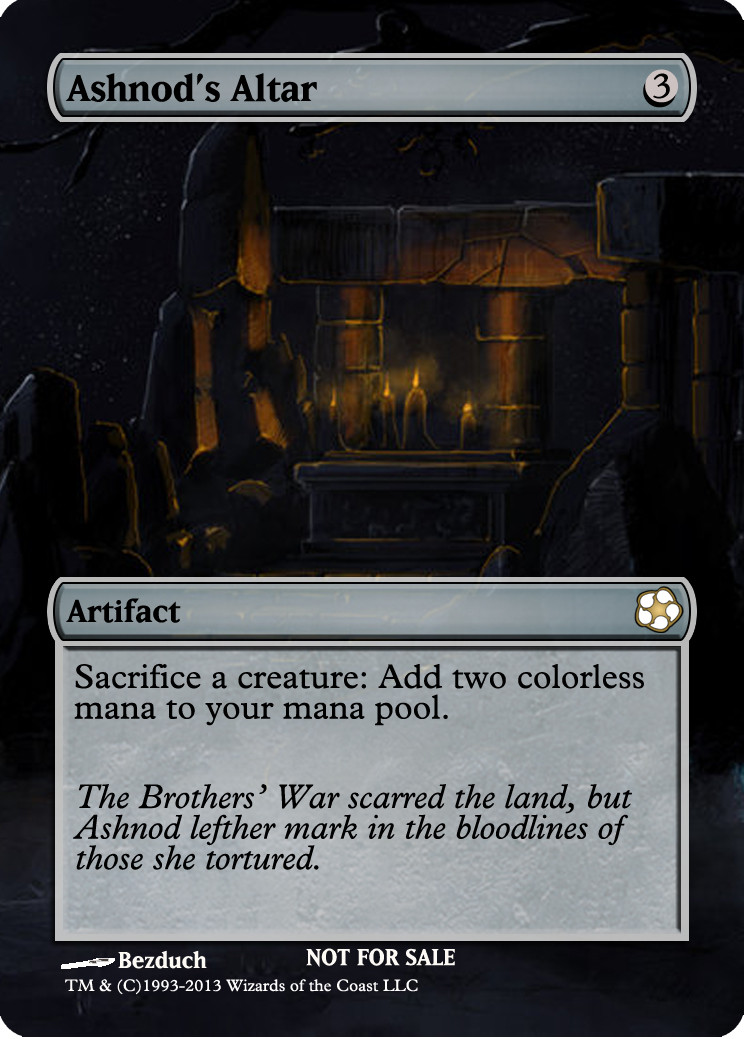 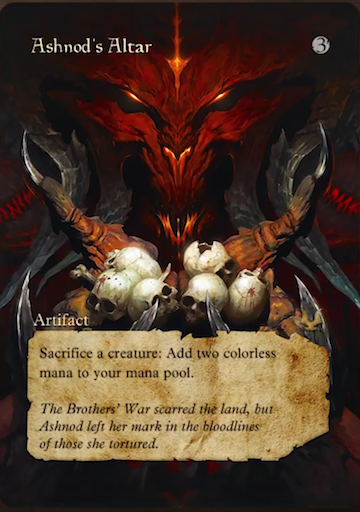 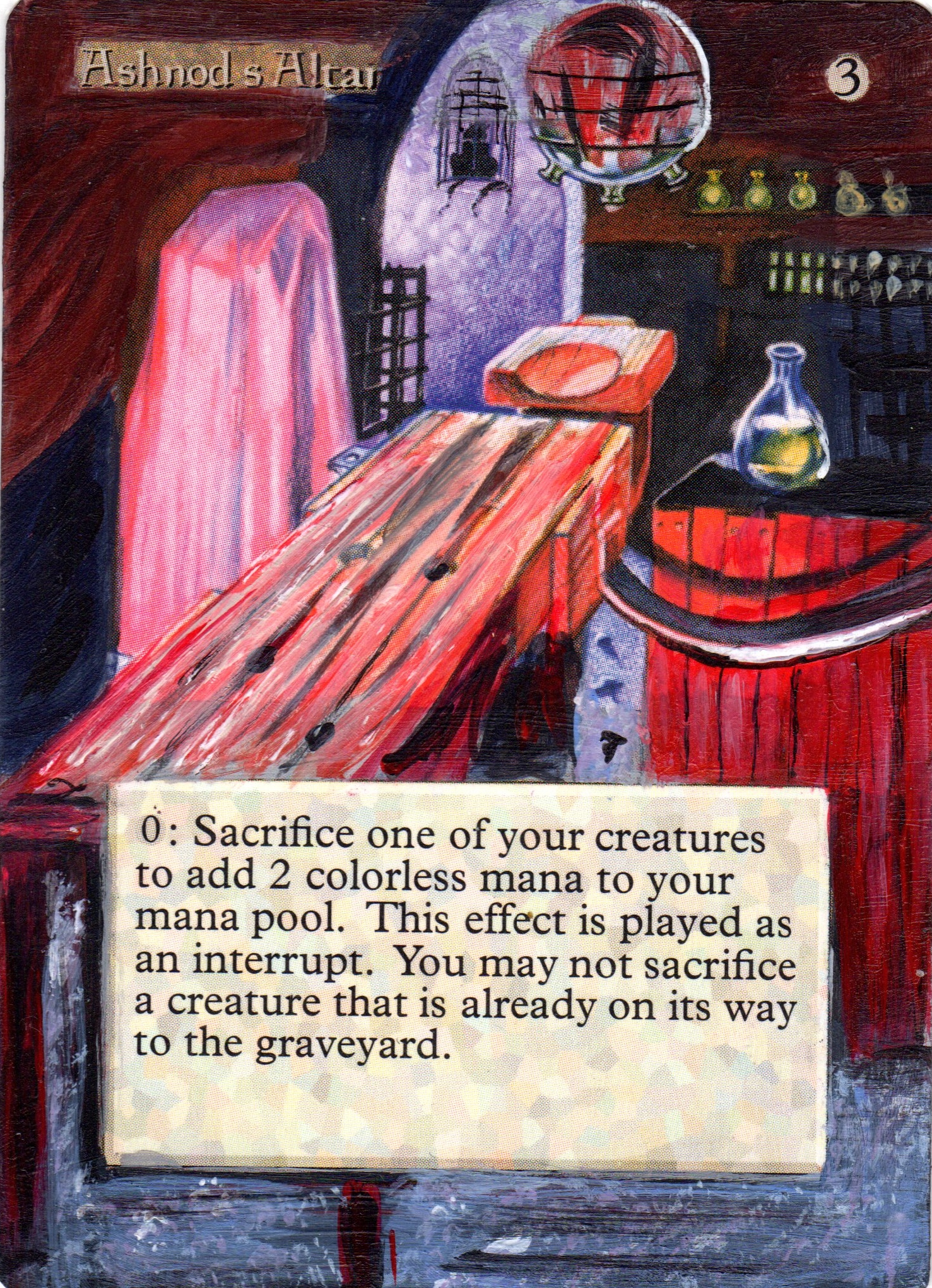 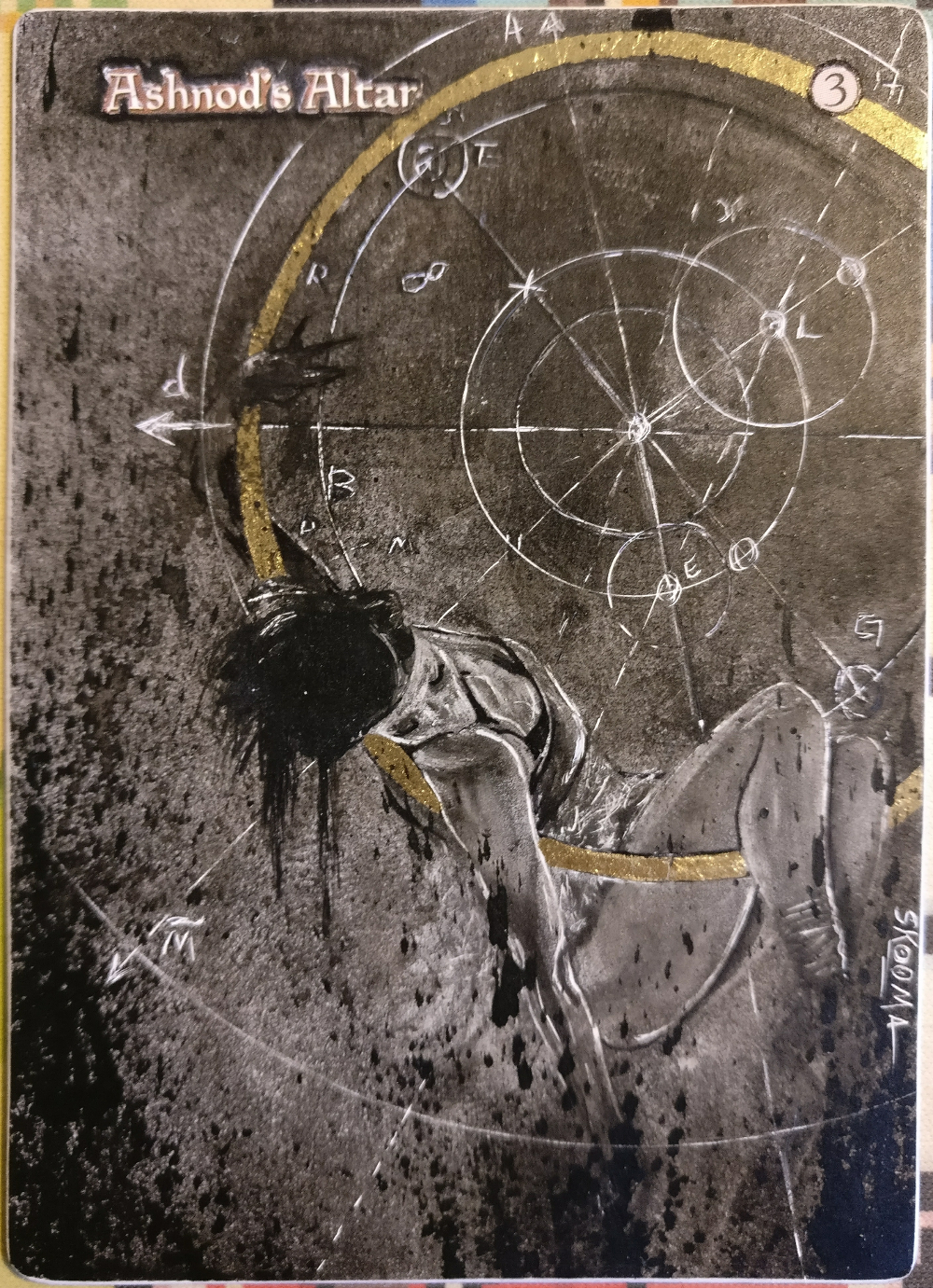 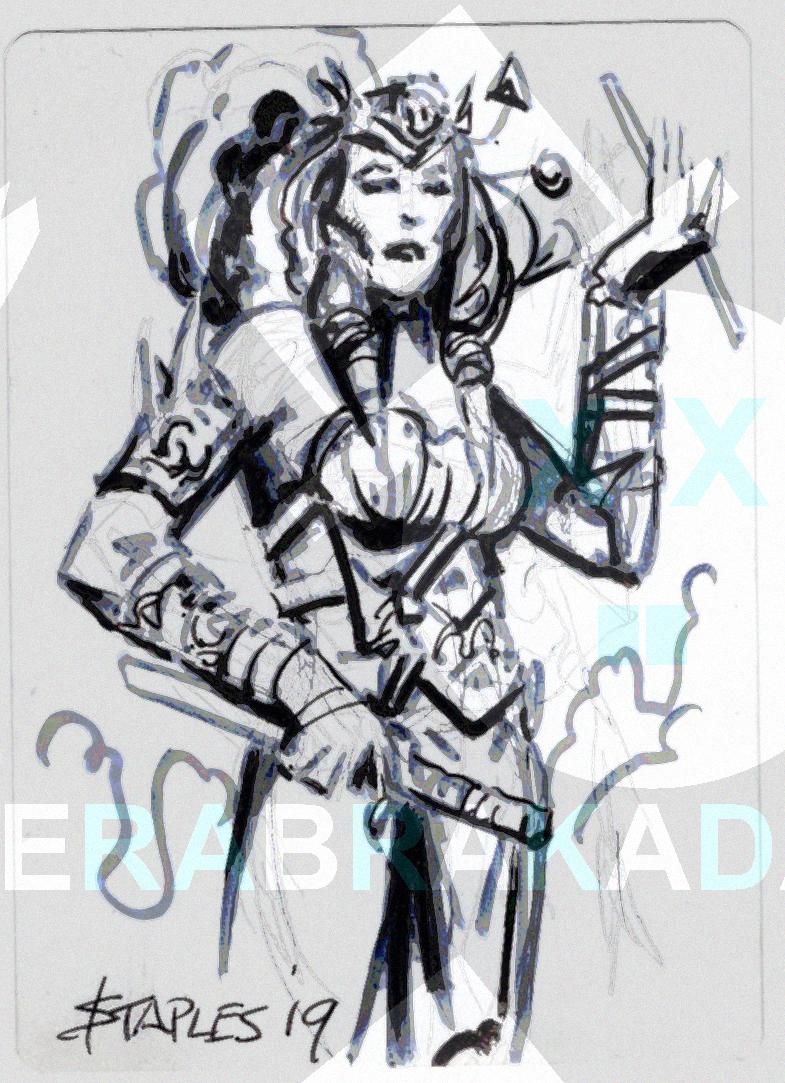 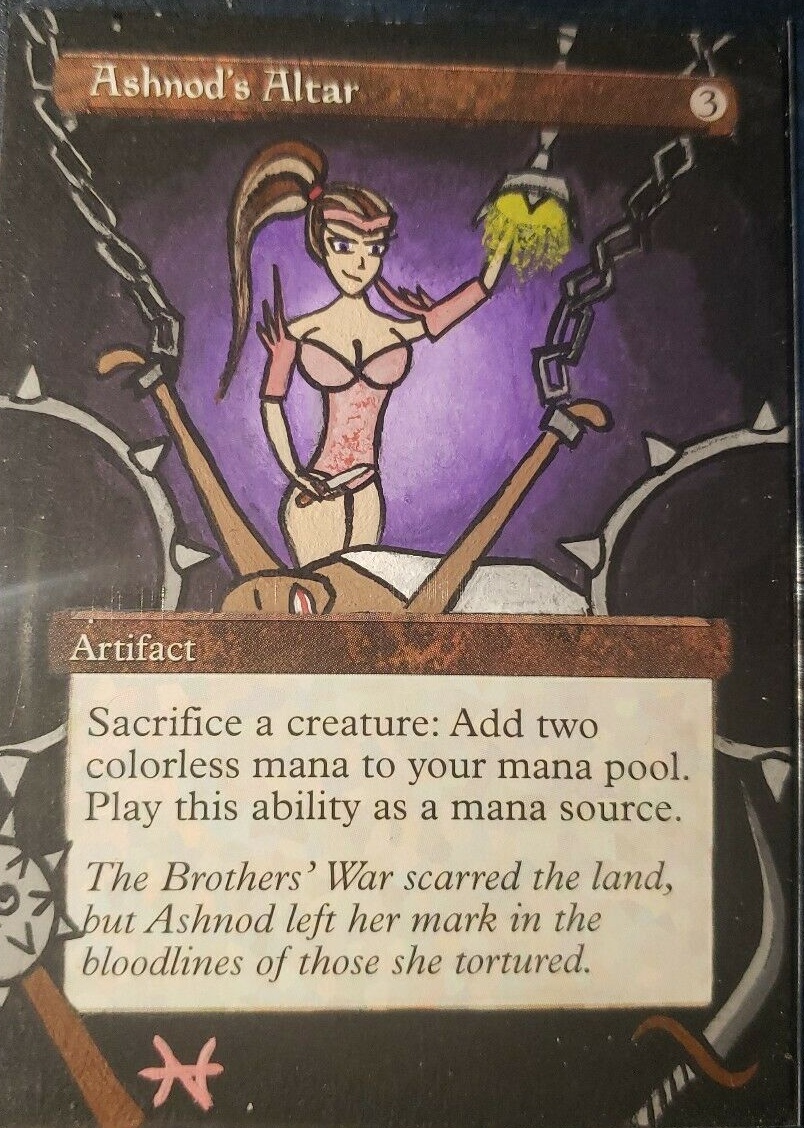 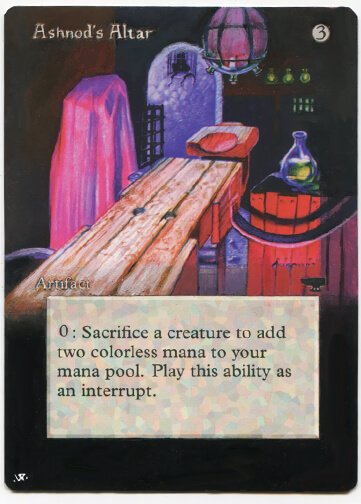