Landless in Legacy is pretty much Manaless Dredge. I assume that's not the direction you want the deck to go, because it's A. a very tight decklist with very few flex spots (ergo, all the decks are basically the same) and B. technically not landless, thanks to Bazaar of Baghdad.

Still, maybe take a look at a couple lists. There might be something interesting useful for you.

I don't believe the "land creature" idea works at all, because you don't cast lands... it's why Dryad Arbor has no mana value (she's played as a land, and is a creature with no mana value) and why Arixmethes, Slumbering Isle is only a land under specific conditions, but is still cast as a creature.

These Gods would still be creatures in all non-battlefield zones, such as your library and hand, as well as on the stack. They would also be lands, meaning these are lands you cast - which isn't something you do.

Furthermore, being lands, they have no land-related abilities. Now it is true that not all lands in MTG tap for mana, but to be called a land that also taps for or does nothing is a little... strange. For example, one land that doesn't tap for mana is Dark Depths, Glacial Chasm, Diamond Valley and Bazaar of Baghdad.

desolate1 on ? about vengevine

if i use a Bazaar of Baghdad and discard 2x Basking Rootwalla and 1x Vengevine - does activating the Basking Rootwalla madness effect - in turn then proc the Vengevine effect for 2 creatures? Im not sure how the madness effects resolve on the stack if im discarding all 3 at the same time - or if the Vengevine would have to already have been in my graveyard first for its effect to go off.

BUT THIS MANLY PILE OF TREE FLESH IS BACK. AND NO, I STILL CAN'T AFFORD The Tabernacle at Pendrell Vale OR Bazaar of Baghdad BECAUSE THOSE FUCKERS ARE EXPENSIVE. 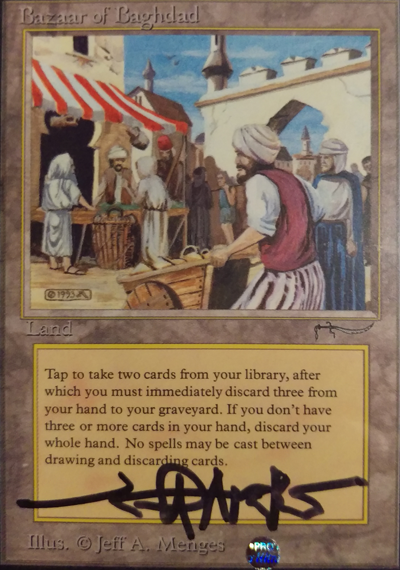 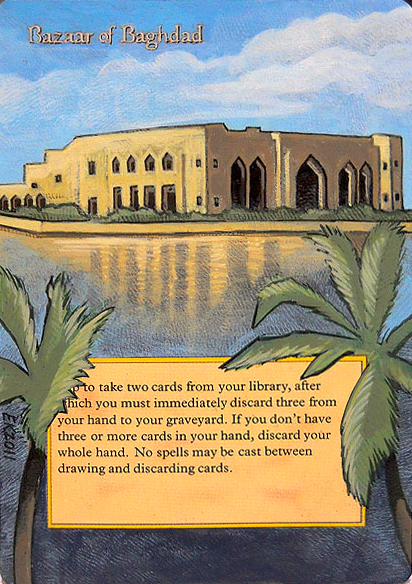 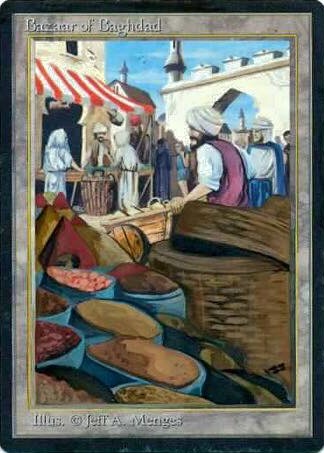 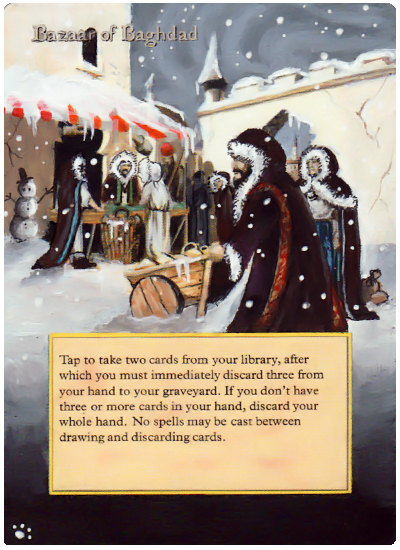 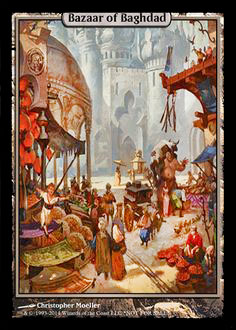 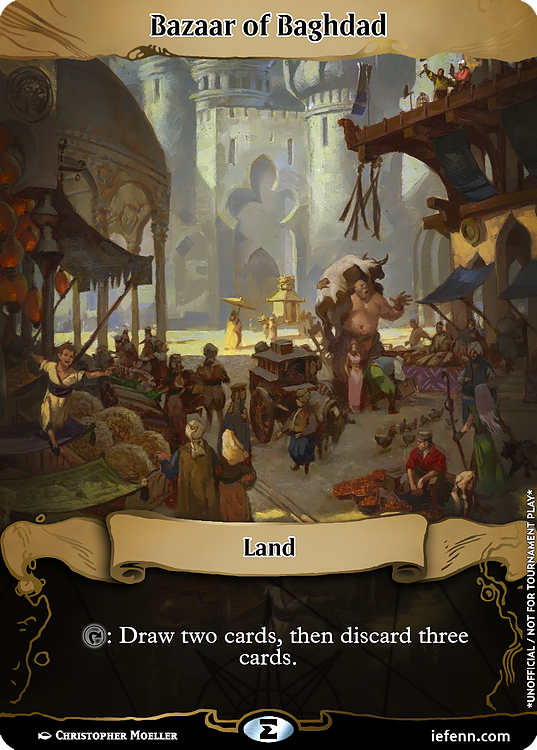 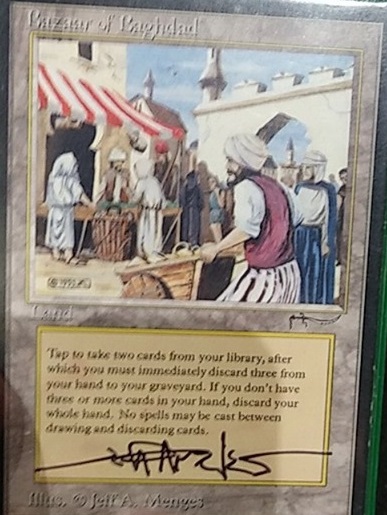 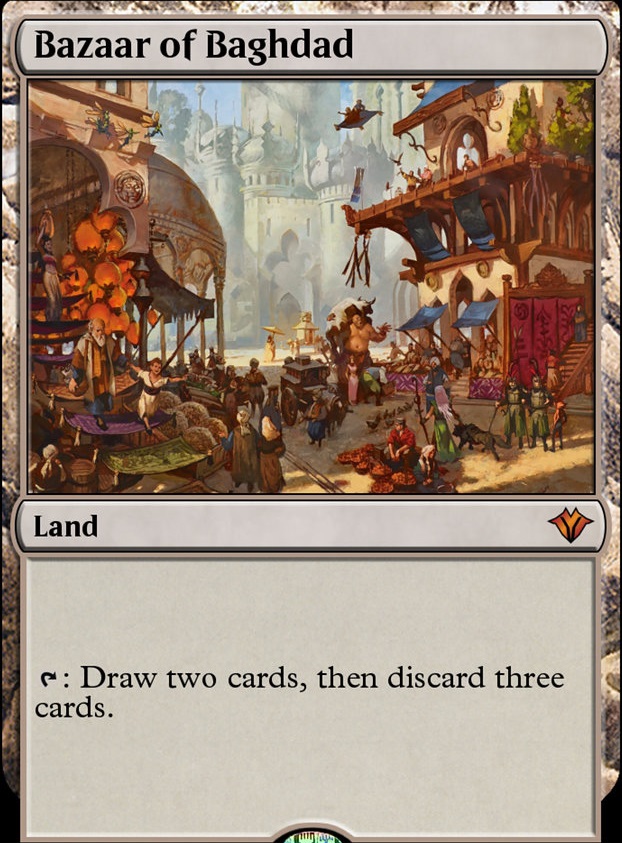