As an additional cost to cast this spell, sacrifice a green creature.

Search your library for a green creature card and put it onto the battlefield, then shuffle your library. 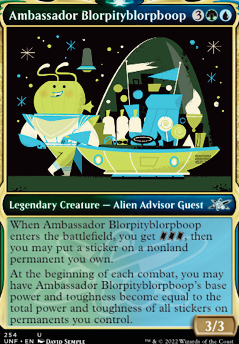 SufferFromEDHD Thanks for the input. Hall of Gemstone, Mana Web and Green Sun's Zenith is added to the maybe board.

Seedtime i like better for protection against control than benefitting from then, in addition if i take another turn i lose all the build up that was done. I have added Allosaurus Shepherd as a aditional way to protect agains counter spells.

Natural Order it is a very good card, but this deck hase little synergy with sacrifice/graveyard, It hase a lot of mana so cheathing the cost is less relevant, and need a lot of build up of lands before this becomes usefull at that time i find other tutors better.

I see a theme of untapping lands... where's the Krosan Restorer?

You are running Green Sun's Zenith and Natural Order... where's the Dryad Arbor?!

Hall of Gemstone belongs in every mono green deck.

Seedtime if your meta is blue heavy.

Urza's Saga to fetch your mana rocks and Walking Ballista 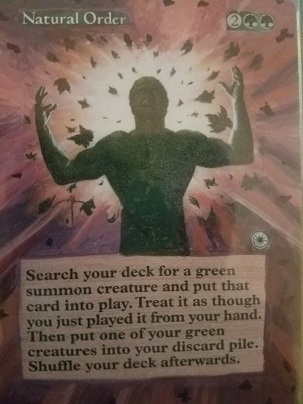 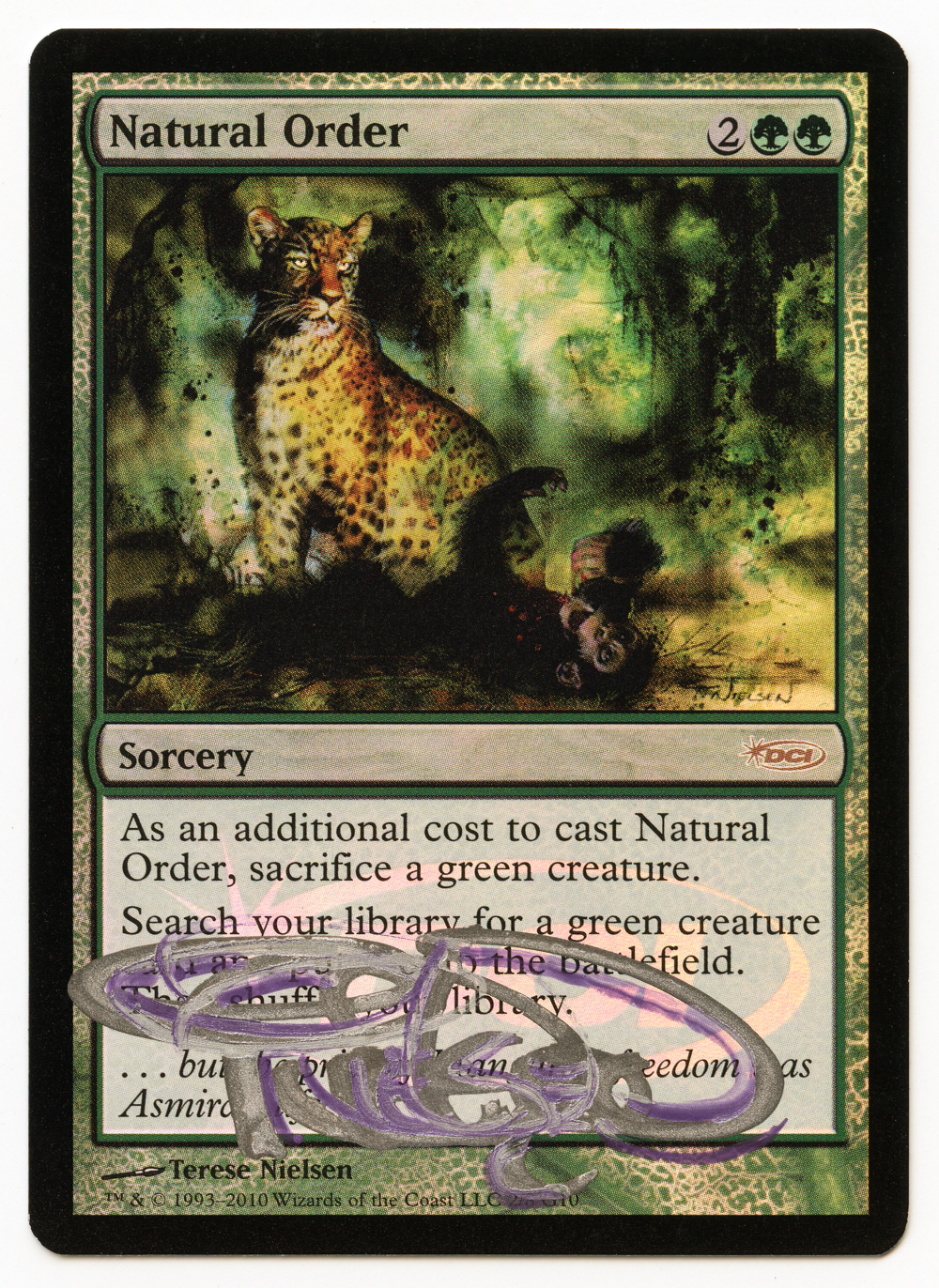 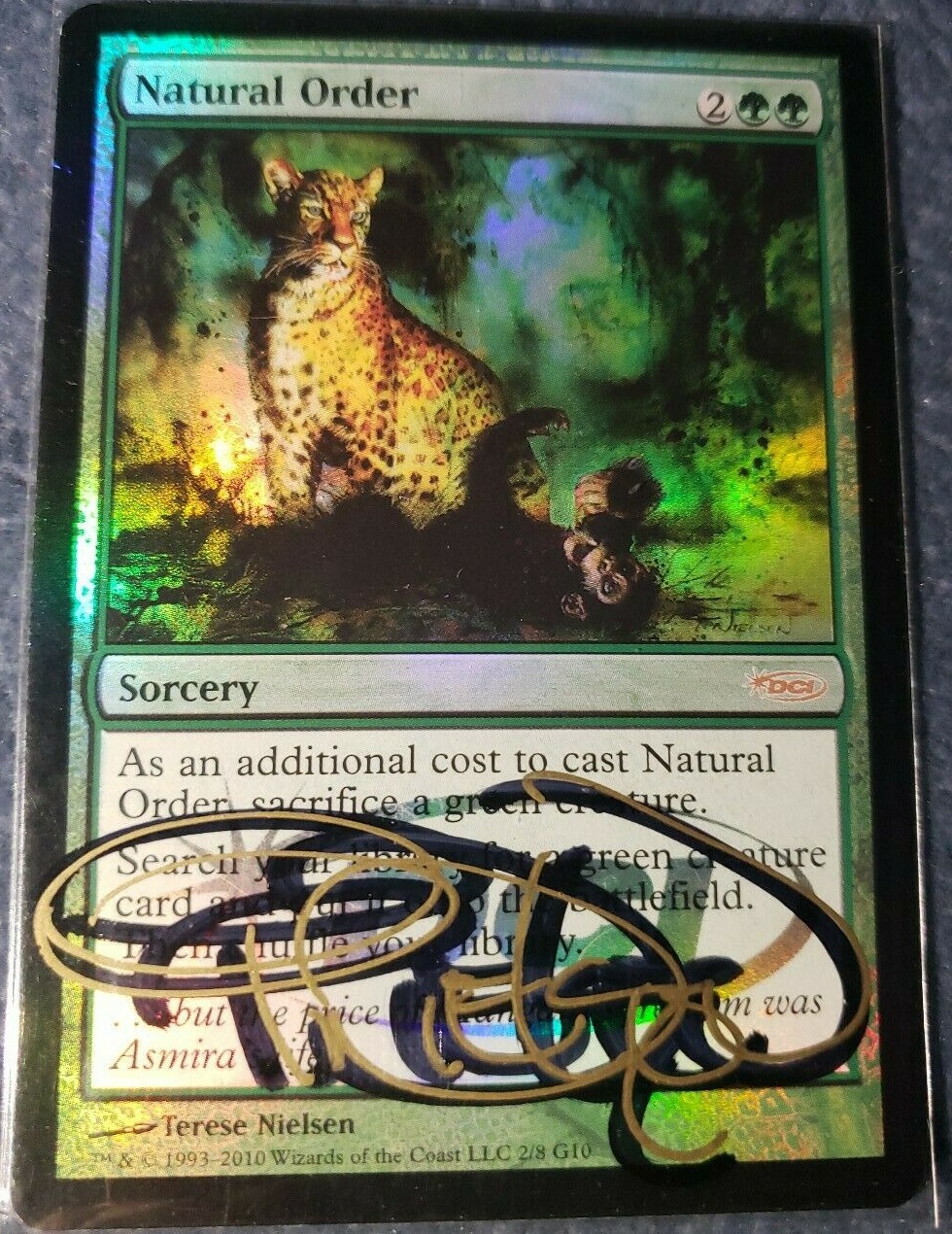 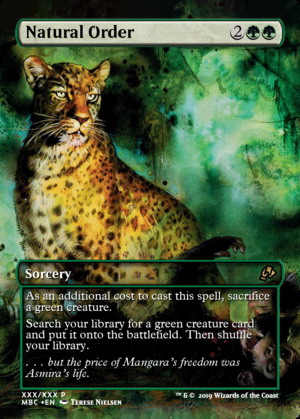 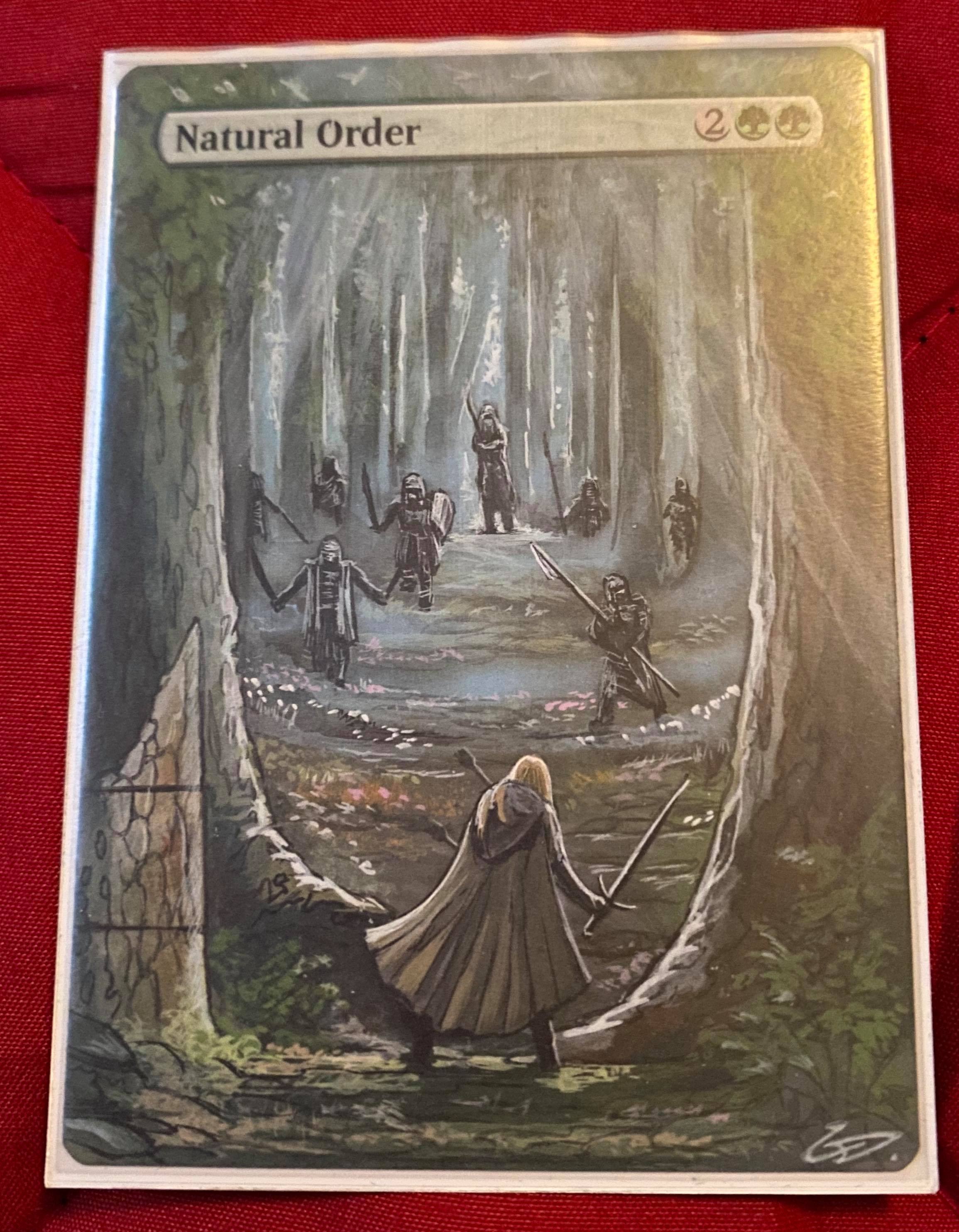 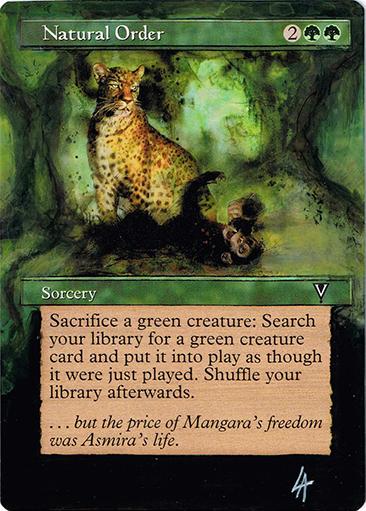 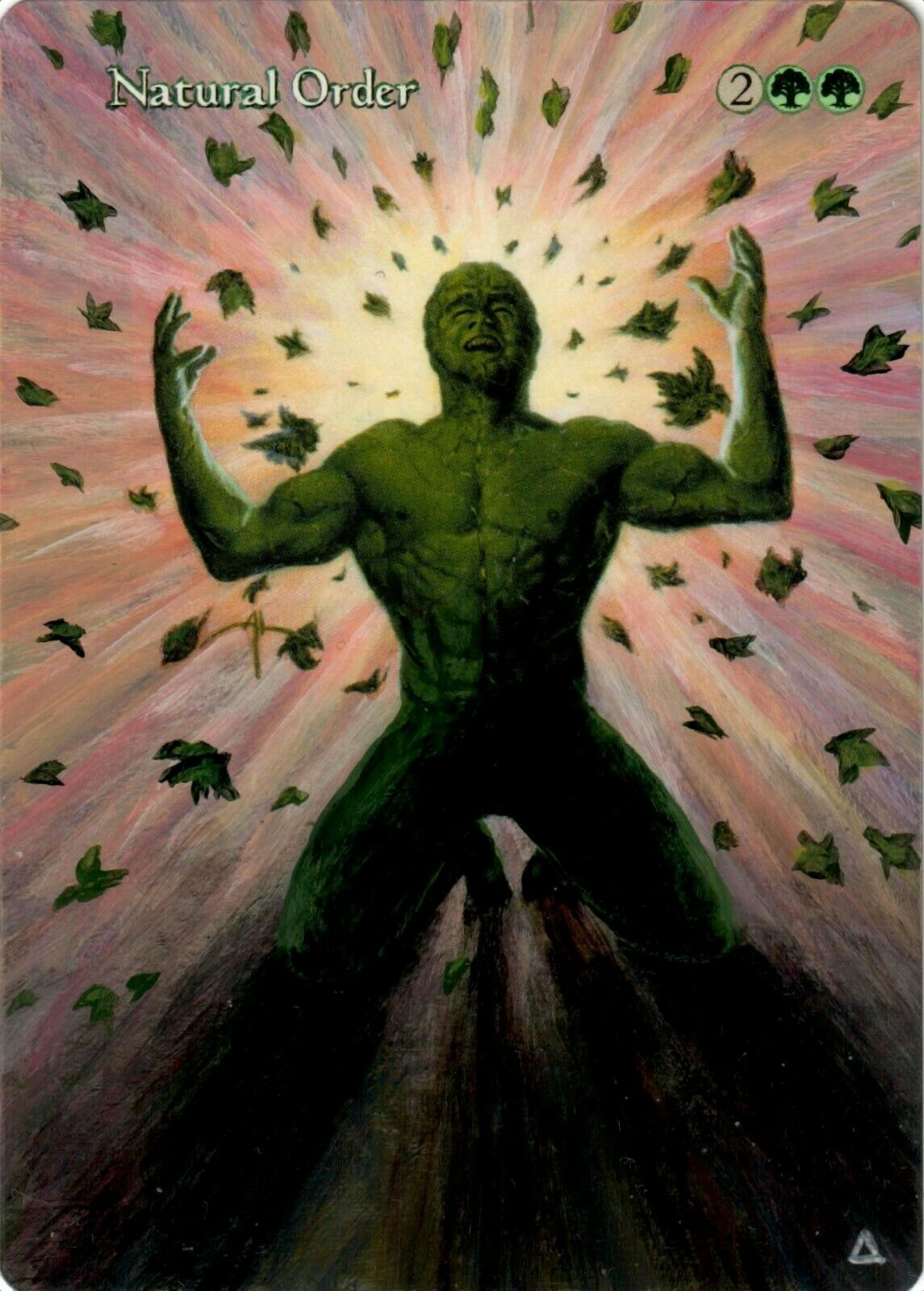