: Untap target attacking creature. Prevent all combat damage that would be dealt to and dealt by that creature this turn. 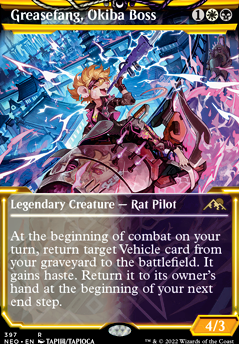 I don't think we've ever discussed Maze of Ith, but I really like the potential. I'm gonna have to playtest it.

As far as Genesis Wave, you're not required to put every permanent onto the battlefield. You get to put any number of permanents, so if Regal Force would deck me or put me in the danger zone, I just opt to put it in the graveyard.

Happy to see that discord is helpful. I'm familiar with Ink's moth's yeva, it is a monstrosity. Glad to see the changes, good work, agreed with your thought process.

Now that you added your 2 land untappers and the inclusion of yavimaya green urborg, have you considered adding Maze of Ith? I forgot if we discussed this prior. During battle phase, attack with land untapper creature, hold priority, activate maze on your creature untapping it. Then tapping the creature to untap maze and another land, rinse and repeat floating 1 mana each time. Utilize this mana with your commander to attack for lethal assuming another creature aside from land untapper is attacking. Given your dorks, I understand the hesitation to add it. But its another potential combo line. Given that you run spore frog, spikeweaver and have obscuring haze in maybeboard , it can be potentially be of use as another combo line.

I can't recall. How do you not deck yourself with Genesis wave and regal force's mandatory draw trigger, isn't that an automatic loss if you put in too much mana, how do you deal with it/determine the value for X?

Gidgetimer on Coveted jewel and Maze of â¦

Hmm, apparently I have never actually read Maze of Ith

Rhadamanthus on Coveted jewel and Maze of â¦

CamraMaan on Coveted jewel and Maze of â¦

I have Coveted Jewel in play, and Maze of Ith, and my opponent attacks me with a flying creature I can't block, but I remove it from combat with Maze of Ith... technically the creature attacked and was not blocked, so does he get Coveted Jewel? I know Coveted jewel checks after blockers are declared, so my assumption is that removing his flyer from combat before blockers are declared will prevent it from triggering Coveted Jewel, but the rules don't make this obvious, and my playgroup will undoubtedly debate it. Help! Thanks in advance! :)

I wish I could +1 again, I don't even have any real suggestions to give you aside from my own personal deckbuilding advice which I don't think is warranted in this type of more competitive build. That being said, I wanted to know your input on these cards have worked for your deck...

Mandate of Peace - Do you just go to combat and not attack, cast it, then proceed to Main Phase 2 and activate your commander? Can't they just cast a spell in response?

Savage Summoning - I don't see it's usefulness here as this is a more competitive build. Could you educate me as to it's effectiveness for you and why you run it over another card like Sylvan Tutor?

While not a serious suggestion given this build, one thing to note is if you were to add in Maze of Ith, it gives you infinite mana during the combat step in conjunction with Argothian Elder. You can then use that mana on staff of domination. Limited, yes, but worth noting if your meta is a bit more aggro than I had first thought (given you're running mandate of peace)

As you run Solemnity in the deck, did you consider running Dark Depths, as well? It definitely is another "dead" land not producing any mana like Maze of Ith but can be a massive beater. Probably not in the mindset of the deck to be a threat,