Reveal the top card of your library and put that card into your hand. You lose life equal to its converted mana cost. You may repeat this process any number of times.

Ad Nauseam occurrence in decks from the last year 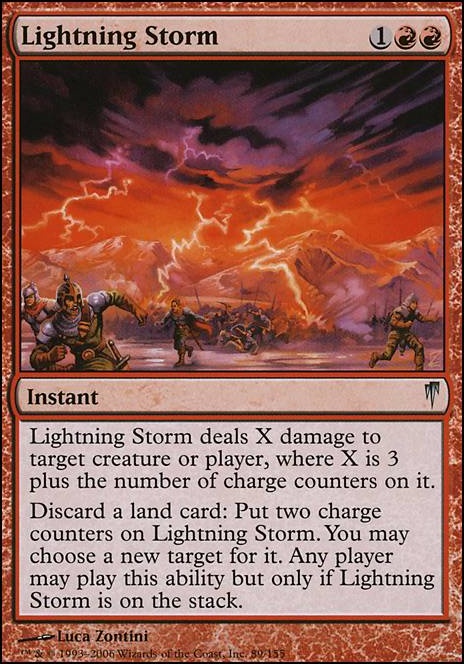 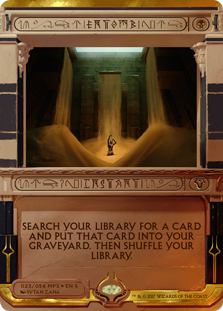 I've been playing professionally myself, and though for not as much time, and for the sake doxing myself, I won't put up a record, I will say I have top-8ed in grand prixs for limited, and standard (I've put up top 32s in modern as well, and probably played more there, but never found the sweet spot where my deck really cruised the metagame).

I have consistently random queue against the cEDH metagame, with a 93% winrate against the field, and though sure, the "comp" queues for Untap.in, and similar websites may be subpar, I do believe that a group of 4 players no matter how skilled don't have the group-think that an entire community does. I fight the metagame, rather than an inbred group, though I understand that playgroup cEDH styles are relatively common.

I take inspiration from plenty, in fact that is why I have enjoyed and tested the bloom piles I consider to be so strong nowadays, however I don't believe that they make up for the issues with their individual metagames.

Going Silence, backing it up with Pact of Negation and Mental Misstep, then oracling is an easy thing to do with an Ad Nauseam turn. Tymna/Thrasios can do it relatively easily pretty well, even agains the best decks, they can't pack enough interaction to stop more than a couple win lines at best, and that means turn 1-4 wins can occur, sure, games can go to turn 10, I've had plenty, however that doesn't make it the norm for the cEDH community.

I understand on the base that you may feel your playgroup is superior to the entire cEDH metagame, but I'd recommend seeing how you play against them, seriously take your decks against theirs, queue up against other players, and see your winrate with your superior lists to theirs, and show me the results. I won't state you are wrong, I don't know what the results will be, however I'd recommend doing that pretty regularly, to see if your deck goes well against the metagame you built for yourself or for the general cEDH metagame.

Playing professional MTG has helped me learn for cEDH, but I had to research Poker and bluffs and read The Art of War, and had to teach myself by the concepts laid out by professional poker players, etc. to get really good at it. I had to go back to college for stat II just to do research for properly making a calculator for estimating these complex interactions, and understand that simply playing competitively in the past doesn't make you a guru for cEDH.

I'm still not anywhere near the best in my opinion, but saying the rest of the metagame is slow to update I find quite nearsided, when amazing users like ShaperSavant, AlwaysSleepy and the Laboratory Maniacs, etc. (Sigi makes some sweet lists), Leptys is incredible, etc. all understand the metagame quite well, and are incredibly adaptive!

@RambIe for sure! Just wanted to make sure I wasn't being confusing either xD

@jaymc1130 just wanted to state I really don't want to say Oko, Thief of Crowns isn't amazing, and shouldn't be a staple, it's just second to Gilded Drake in my book, however both are so different I find it strange to compare them.

Rhystic Study vs Ad Nauseam feels like a similar debate. Both are great, and I'd rather use Ad Nauseam than Rhystic Study, but they are incredibly different despite them both being card draw.

DeinoStinkus on Griselbrand in EDH

Yeah, I don't know why I don't like Griselbrand, but I just don't. He's a great card, but overall I find paying an unlimited amount of life to draw your deck (same reason I don't run Ad Nauseam) a bit cheesy. And I know that's weird coming from a guy who runs no-library combos in every deck, but let me be. I prefer cantrip effects or completely free card draw.

I also recommend Insidious Dreams. Itâs a good way to set up your Citadel combo and as well as any two-card combo.

Wow, been testing the bloom loops for the past 3 days ever since I saw this. Absolutely love it, it's never bad to see a Squandered Resources or Summer Bloom on a good Ad Nauseam turn, or coming off the back of a big Mystic Remora cycle needing to unload and win. The sanctuary itself is a strong piece too, though certainly is hard to pull off early game, needing so many islands.

Finishing it off, the cycling lands just allows the deck to be more efficient at coming back from mana flooding, and can really store up some straight value with the crucible style effects. Those even work just fine with a fetchland, and with all of that, the deck has additional winlines, additional ways to get more lands, returning from mana screw, and lands that allow you to return from mana flood.

It just is a pile of good cards that fix the most awful parts of the randomness of the format, while also giving you a stupid good way to win the game, even if only as a backup.

I've been testing more, and think that Life from the Loam acts extremely powerfully in this shell.

The idea is similar, however rather than comboing using the deck's pieces, adds redundancy in the way that it recurs valuable lands, and countering it just allows you to get it back. While looping cycling and sac-to-draw lands with it, the card even allows for heavy grind value too.

Again, this is more to remove the chance of both mana flooding and screwing, but I feel this pile could work with many value pieces and needs more minds tinkering with it. Did you come up with it yourself?

GhostChieftain on Hatred vs. Howl From Beyond

Sure it is doable at 10, but you could have 5 extra mana to use on 1 or 2 more spells that turn if you use hatred. You could use the extra mana for a Praetor's Grasp getting a 2 cmc counterspell to protect your hatred or just use your own Imp's Mischief. 11 mana you can cast Skithiryx, the Blight Dragon give it haste and cast hatred in the same turn. More spells=more better. Earlier cast for the win is also better. Hatred is hands down the better card in edh. The only real question left imo is if it is more worth it for you to get hatred or save for something like Ad Nauseam, Dark Confidant,Demonic Tutor, or fetchlands if you don't have those yet.

I do own a Flusterstorm

but I wouldn't say it's much of a concern right now that I want to play it. Frankly not enough decks are playing Flusterstorm right now for me to actively want to prepare for it specifically. That said, I have noticed that it is rising in popularity in some of these UR and UB control decks looking for more options, and it has never really left the consideration of storm players, but as per mtgtop8 Flusterstorm in the past 2 months has seen play in 2.7% of sideboards at an average of 1.1 per deck, making it the 84th most popular sideboard card in the modern format. As for mtggoldfish, unfortunately they only list the top 50 in which Flusterstorm does not appear. Now I will grant you that meta-data is not particularly accurate right now, however from my own matches in the past couple weeks I haven't seen Flusterstorm appearing at an alarming rate and as such I haven't felt the need to address it.

Veil of Summer is our best answer to Flusterstorm but even then, Flusterstorm is really only very good against the deck in a counter war meaning our opponent is at an onus to have more than one counter. If Flusterstorm is their only counter then on the combo turn it is effectively a Mana Leak against Angel's Grace and Ad Nauseam. This doesn't mean it's necessarily correct to use it as a Mana Leak, perhaps they hold it to have 4 copies against Lightning Storm but if I have reason to believe they are holding Flusterstorm I will be sure to have mana available to cast Veil of Summer.

In many ways then it is a matter of awareness on our part playing against an opponent we believe to be playing Flusterstorm, or an opponent we have reason to believe could be playing it. Generally the matchups where it comes into play, bar the storm matchup, tend to go longer, meaning we will have more mana to respond to it early and potentially render it useless dependent on the amount of counters our opponent has to raise the storm count. I agree that if we aren't prepared for it it can be very good against us, but the meta share just isn't there right now for me to take decisive action. If the trend continues though and more people begin picking it up, especially if it begins to show up a bit more in UW, Bant, or UGx Rec, where thus far it hasn't really become a staple with those decks either not playing it or playing their own Veil of Summer, then I would be interested in perhaps playing an extra card in the board, in the form of my own Flusterstorm, to combat this, but Veil of Summer is more than enough to deal with it with the current numbers I have been seeing.

Have you had a different experience as of late? With metadata in a weird state of flux right now it would be nice to have a bit more firsthand knowledge on the topic as I seek to evaluate an increased volume of play for a problem card like Flusterstorm, but as for me it hasn't posed a huge problem as of yet with it not appearing commonly in what I consider the best control decks in modern.