A Very Hot Potato
by deepsnaeL

Understood. You mention maybe taking it into green/white in the description. If you do, the power and consistency goes way up. Things can go really crazy when you add Auratog, Femeref Enchantress, Spirit Loop, and or Satyr Enchanter. Just thoughts. I love fun casual decks like this.

GolgariGirl thanks for the feedback! It's always exciting to get feedback. Ok after looking at the deck, maybe more enchantments are a good idea. Especially with some of the cards you mentioned.

However I probably won't cut the crown and scepter. I am sure I can teach these two cards to him.

On top of that I've been wanting to use them for awhile now as well. I'm sure the deck would be better without them.

Also not trying to use any life gain or tokens. Not a fan of either tactic. I feel they make the game waaaay longer and tokens are how lots of people play these days.

However Spirit Loop did get my attention. That card seems like a really nice fit.

However Transcendent Envoy is a GREEAT suggestion! Thank you! Griffin Dreamfinder is also another good suggestion. Thanks again for the thoughtful suggestions and help. My nephew will be thanking you later lol!

As long as the object itâs enchanting remains legal, an enchantment can swap controllers as many times as you want. Since Indestructibility can enchant any permanent, it will remain on that permanent when your opponent gains control of it.

Now if it said something like Spirit Loop , it would fall off because your opponentâs newly acquired aura is not enchanting a creature they control. 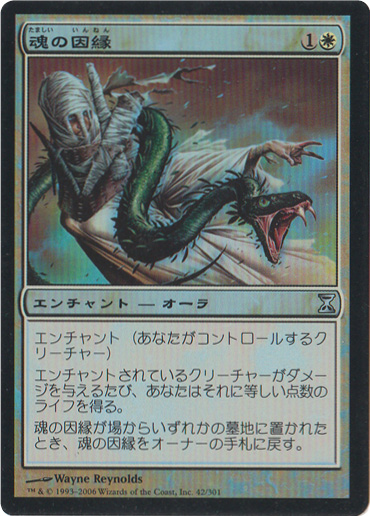