Sacrifice Lion's Eye Diamond, Discard your hand: Add three mana of any one color to your mana pool. Play this ability only any time you could play an instant. 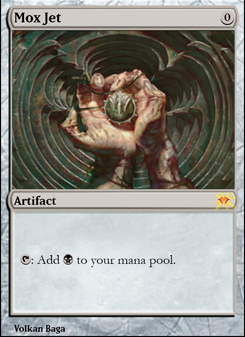 Lion's Eye Diamond is a key card in a lot of dredge, reanimator, or other recursion decks that want a full graveyard, as well as decks that can empty their hand quickly for a minimal discard.

I'll review the Drakes in detail when I have more time, but I see some very interesting ideas in there.

If I'm going to be completely honest I still don't see the in point Lion's Eye Diamond ik it suppose to be a power effect but the discarding your hand for three mana mean you can use the mana on activated abilities which can be powerful but I rarely think it worth giving up your hand for unless you have 1 or 2 dead weights in your hand I. I just though it fits with drakes so i made a drake into one

Kazirak is very, very powerful. I love it. It has the potential (and high likelihood, tbh) to double your creature count every turn. And in the colors of Terror of the Peaks, no less. Very strong, but not busted, I don't think. I might consider upping the cost by one.

I like the Diamond drake. I don't know that the card draw ability makes a whole lot of sense given the original purpose of Lion's Eye Diamond, but I suppose it makes sense that a drake would do that.

legendofa on Favorites and Bests

I like these questions. Just giving everyone a chance to talk about themselves is an underrated art form.

My favorite color pair is . I'm happiest when I can out-resource my opponents in as many ways as possible--mana, cards in hand, board presence, etc., and the combination of 's ramp and creatures, and 's removal and discard, and their overlap in graveyard recursion, draw power, and lifegain, is what drew me to this combination. I'm happiest when my opponents have run out of steam and I'm still going strong, especially after they've thrown their best at me.

I can't pick out a strongest color pair; their strengths and weaknesses can't really be compared. The strongest color combination is the one that you're most comfortable using and that brings you the most satisfaction.

I would not remove from the game. It's arguably the most technical and tactical color, and it provides checks on a lot of different formats. If you've never seen a Saskia vs. Edgar vs. Dragonlord Dromoka vs. Atla EDH match, it's a race to see who gets out the most, biggest creatures out the fastest before someone combos off or beats everyone else down. If you enjoy that, great! It can be a lot of fun. But I like a little more tactics and trickery, and provides that angle that the other colors don't have. Counterspells, unlockable creatures, and Control Magic effects may not always be fun on the receiving end, but they provide a needed depth to gameplay.

The main three ways I see creature Auras being made stronger are recursion (Rancor, Spirit Loop), replacement (Griffin Guide, Mantle of the Wolf), and protection (Diplomatic Immunity, Indestructibility). If the Aura provides a new threat when it goes away, or just refuses to go away, it makes the two-for-one problem much more manageable.

My favorite tribe is Skeletons. They're more interesting than Zombies, smell better, require less care and feeding, and Zombies are spotlight hogs, getting new powerful cards almost every set while Skeletons keep getting maybe one or two cards a year (usually worse than a Zombie option). Outside of being the forgotten cousin of Zombies (one of my least favorites--can you tell?), I like Skeletons on their own merits. The skull and bone aesthetic is always popular, going back at least to medieval Memento Mori art, and Skeleton Scavengers's Regenerate was one of the first complex abilities I learned how to use properly, so they have some nostalgia factor for me as well.

For lands, I almost always go for the 40% and adjust as needed--faster, lower-cost decks get less; slower, more controll-y decks get more. I try to err on the side of having a couple too many lands than not enough. I do have a goal of one day owning a Legacy or even Vintage Dredge deck, though, and those can have single-digit land counts (does anyone have a pile of Lion's Eye Diamonds or Bazaar of Baghdad they want to give away for free?). I don't usually use the MDFC lands myself, but I've seen them used well, and the Pathways are a great option if you can't or don't want to shell out for the shocklands, fast lands, or other big-money lands. (They're still above what I would call truly budget, though.)

wallisface If I may speak for the OP, this doesn't appear to be focused on any specific format. It's asking questions about what you enjoy, how you feel about certain cards and effects, and general chatting.

Hey, sorry I just saw your comment in response to mine! Yeah, it's really cool. It's vertically miscut so there is no top border. I also pulled a Reality Ripple that shows the sheet edge. I think they're really neat, but I'd probably feel differently these days if it had been a Lion's Eye Diamond :)

I agree with your decision to exclude Deflecting Swat and Lightning Greaves since they are cards that say your "planning for the worst" (which is even dumber than regular planning). I think a better way to make sure Syr Carah, the Bold spends as much time as possible on the battlefield is to max out on rituals like Desperate Ritual, Pyretic Ritual and Mana Geyser. Maybe also max out on mana positive rocks like Mox Diamond Grim Monolith Mana Vault and Grim Monolith. At 36 lands you could almost swap any mana positive spell for a land and probably run a bit smoother and faster. I know those are big money cards but I see that Lion's Eye Diamond

+1 for embracing the battlecruiser / glass cannon aspects of Syr Carah, the Bold!

PSI is really designed with a T1 win in mind and go broader after SB. I played it for over a decace and will revisit it again soon. Here are 2 thoughts right now, I would like to share:

@raccoon808: With Lion's Eye Diamond you can get Echo of Eons in to the graveyard, yes. But sometimes it just feels good to be able to immediately evoke + sac. with Slithermuse or Infernal Tutor with 3 blue floating and then draw 7 with Slithermuse

@Lycheex I like the inclusion of Aeve, Progenitor Ooze for the postboard idea, not sure if you want to play Summoner's Pact and a creature w/ storm which needs another turn altogether though. Maybe we can find something else? ( assuming to maximize a T1 win ) 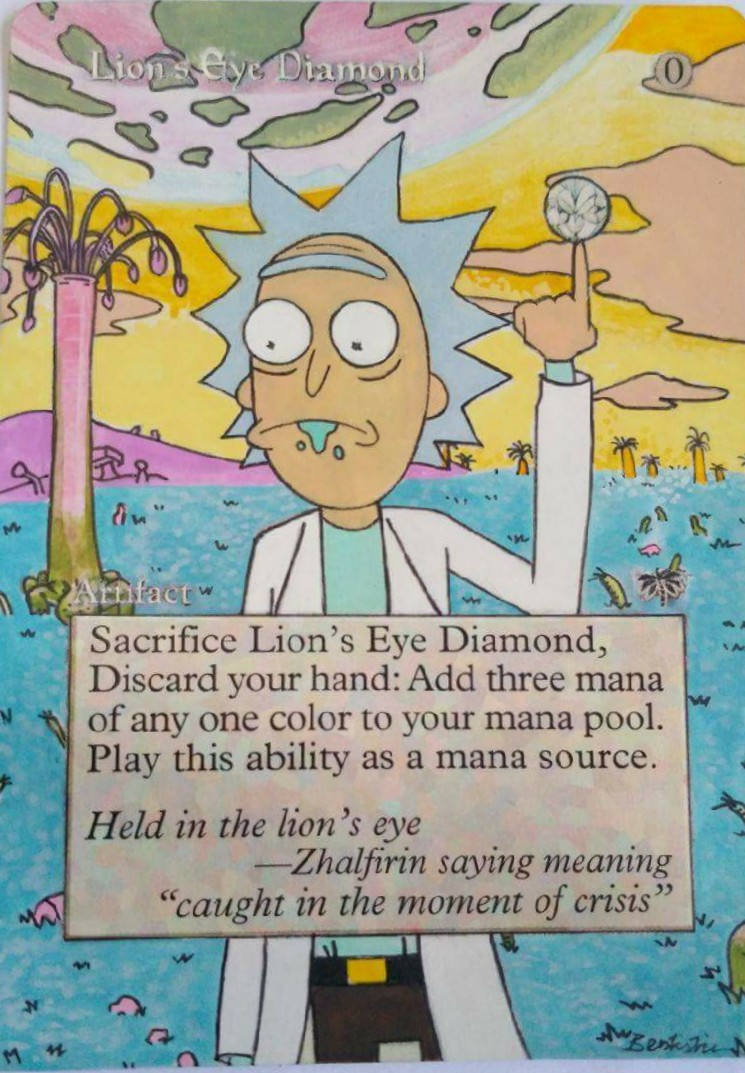 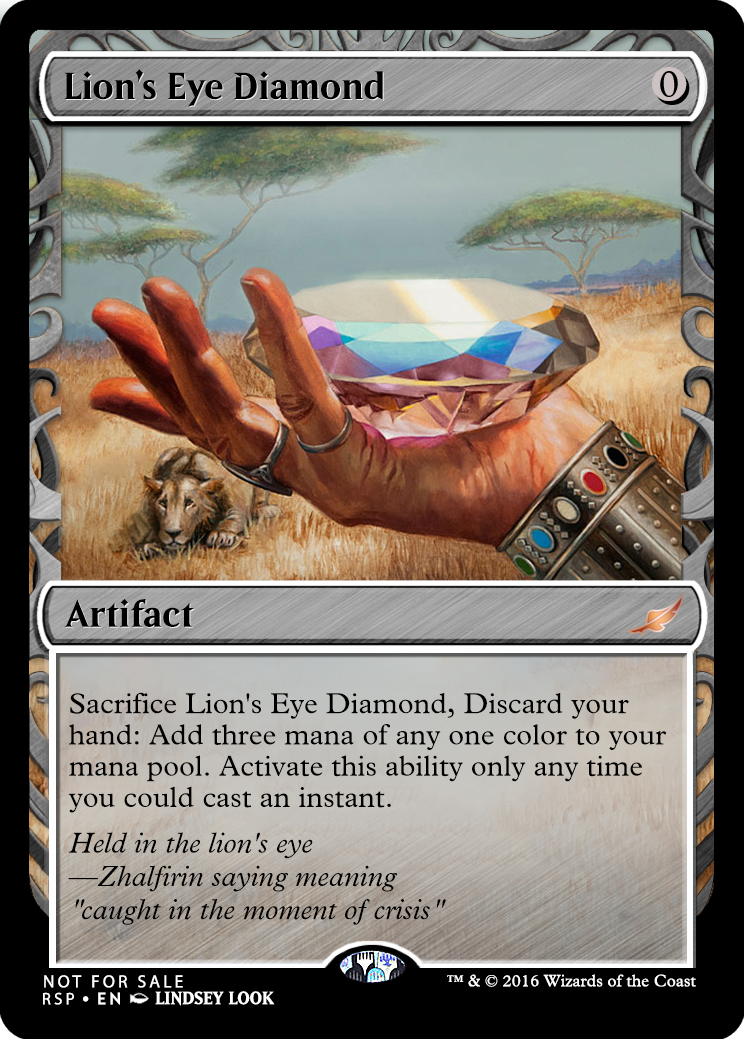 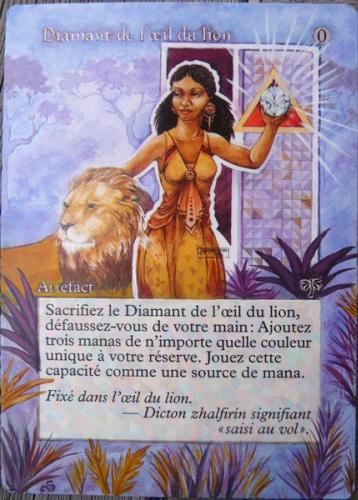 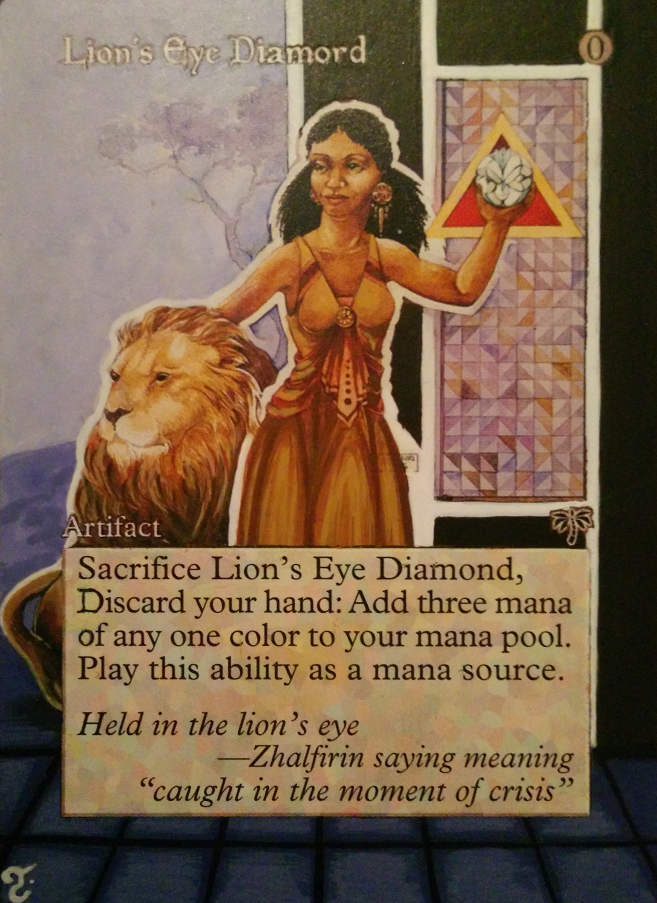 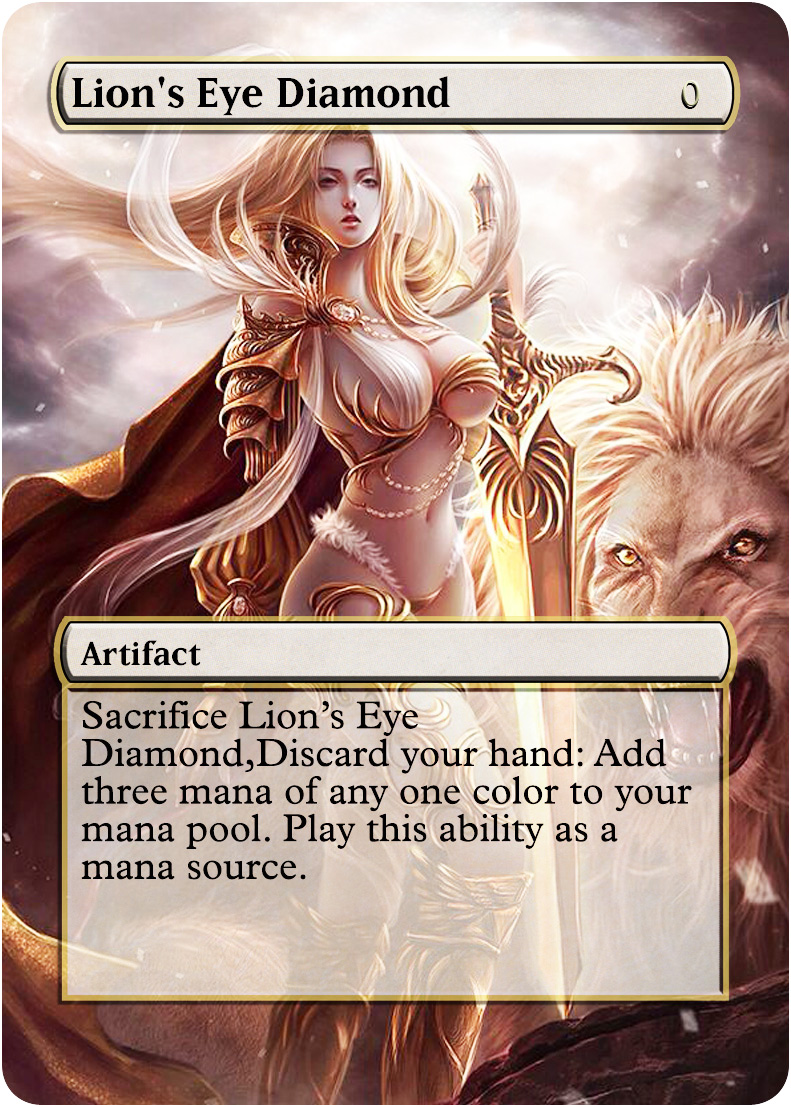 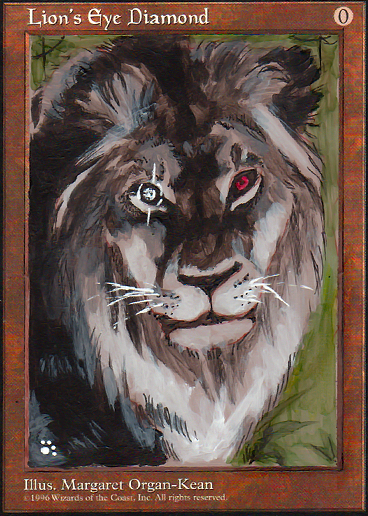 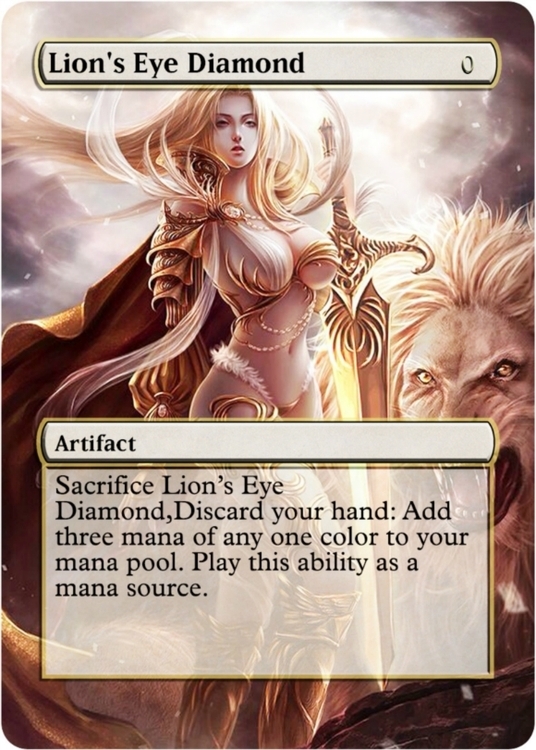 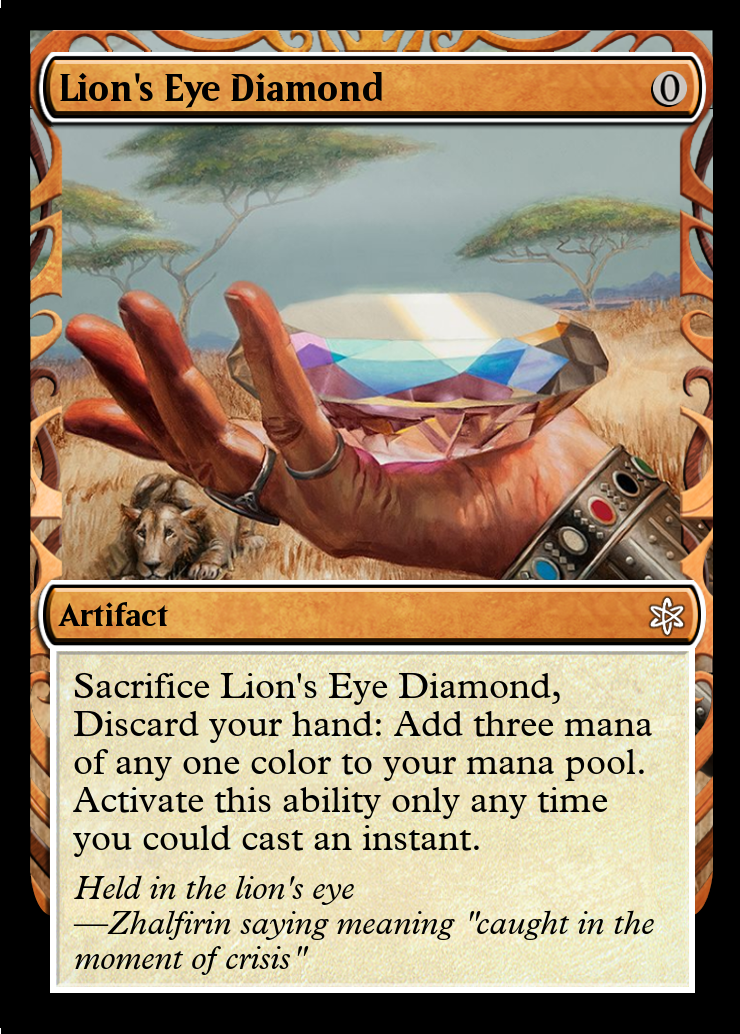 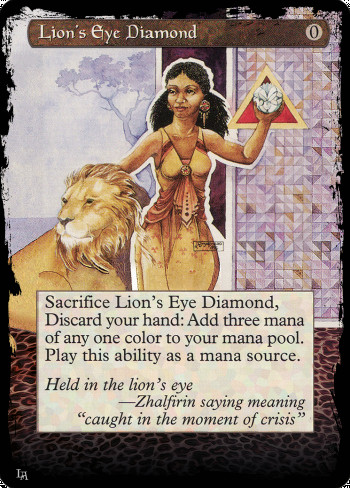