Thank you for running the numbers on this. Like I said, I have not figured out the correct ratio of Wastes to your regular manabase. I concluded that your lands should be capped at 24 (not counting the added Wastes) because obviously if you could run any number, you could just outnumber the Wastes that are being added to debase it.

But the exact figure of how many Wastes to put in eludes me. Twelve is definitely too high. The good news is that adjusting the ratio would be very simple, and obviously you should use the same number for each player, barring the optional handicap rules like I said.

The good news is that it gives players a reason to play mono-color or mono-brown even if they're not running Nykthos, Shrine to Nyx. Likewise, a clueless player with a pile of commons that are weak but easy to cast could theoretically defeat a good player with a Legacy deck whose spells have high color requirements.

On the other hand, the Legacy player may know the risks of running three- or four-color spells and purposely modify his list so that in the event he is color-screwed (note: not MANA screwed, we solved that) he still has cards that he can cast, like maybe a Sky Diamond or Burnished Hart. Suddenly there is counterplay that occurs before the match even takes place.

There is definitely something to this, I'll keep thinking about it.

Perhaps Overwhelmed Apprentice? Synergy with Mass Appeal, Herald's Horn and Nykthos, Shrine to Nyx were as Preordain is just a one shot.

With the number of double mana symbols you've got, Nykthos, Shrine to Nyx might be good to fuel some huge plays. Bit pricey though, but might allow the inclusion of Exquisite Blood and Sanguine Bond (an infinite combo).

BrantMTG - I like your take on the angel tribe deck with a focus on lifegain and token creation.

If I were to offer up my initial thoughts on improving the deck, I feel like you likely need another land or two to make this deck more consistent. You are running a number of cards like Starnheim Aspirant to accelerate the deck and make the angels more playable sooner but the average CMC of the deck is 3.05 and you are only running 20 lands. Maybe adding in 2xNykthos, Shrine to Nyx would be a good fit.

Also, I feel like not running any removal may hurt you in the long run. has a lot of ways to exile creatures or destroy artifacts/enchantments, some of which may be more of a sideboard but not having any in a deck that will likely be slow to get off the ground and/or slow to rebuild from a board wipe likely will lead to lots of near victory games.

NonetheWeisser - Love the decks you come up with. I never actually use them but I love tribal and seeing a well thought out deck just gives me ideas to try so thanks for the food for thought! I am excited to see the deck description though as it is always interesting to see why certain cards were included in the decklist.

My only possible contribution at this point would be maybe consider Nykthos, Shrine to Nyx. Your devotion to could easily let you extend your mana base an extra 1 of 2 a turn if things stick to the board. Then again, the lands you are currently running are pretty nice as well...

Zarthalius I'm super excited about adding Blasting Station, Black Market, Nykthos, Shrine to Nyx, and Nyx Lotus to the deck because of all the combo potential you have pointed out, seems like it would present a lot of opportunity for shenanigans! Thank You! :) 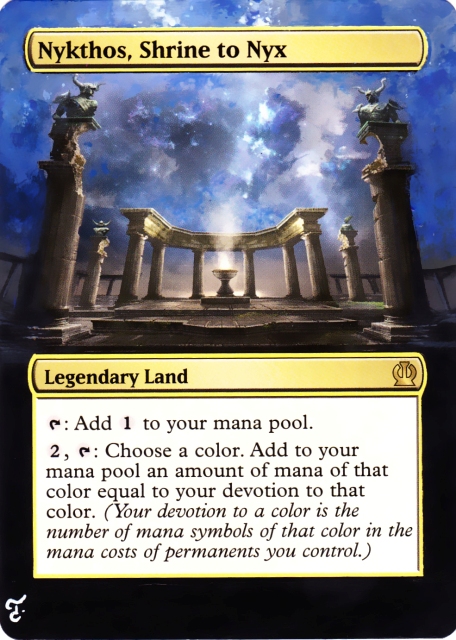 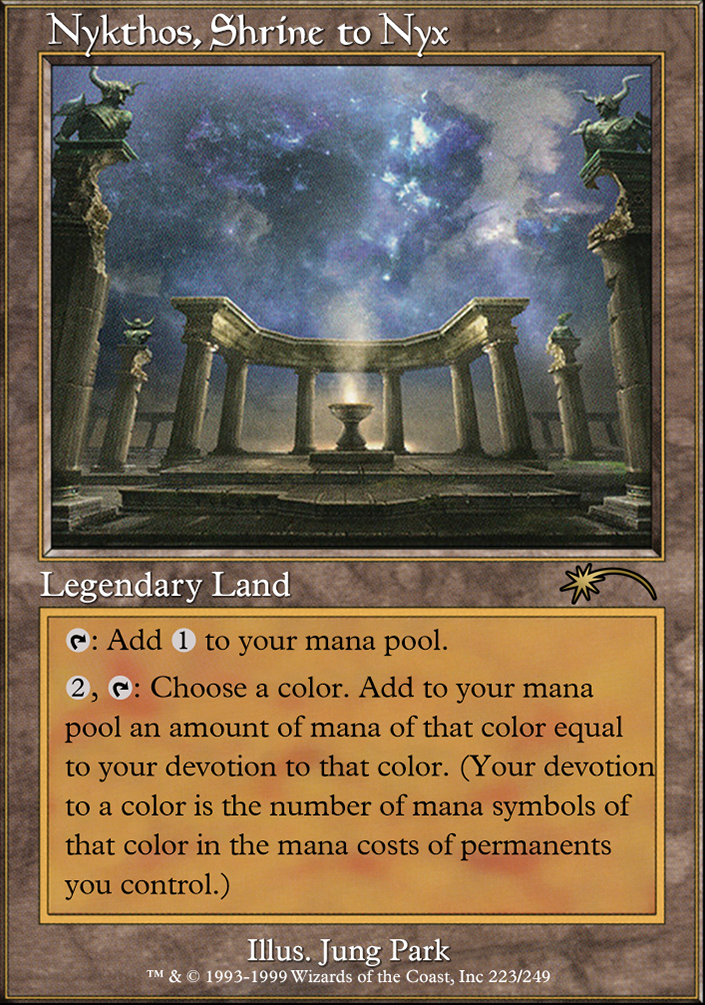 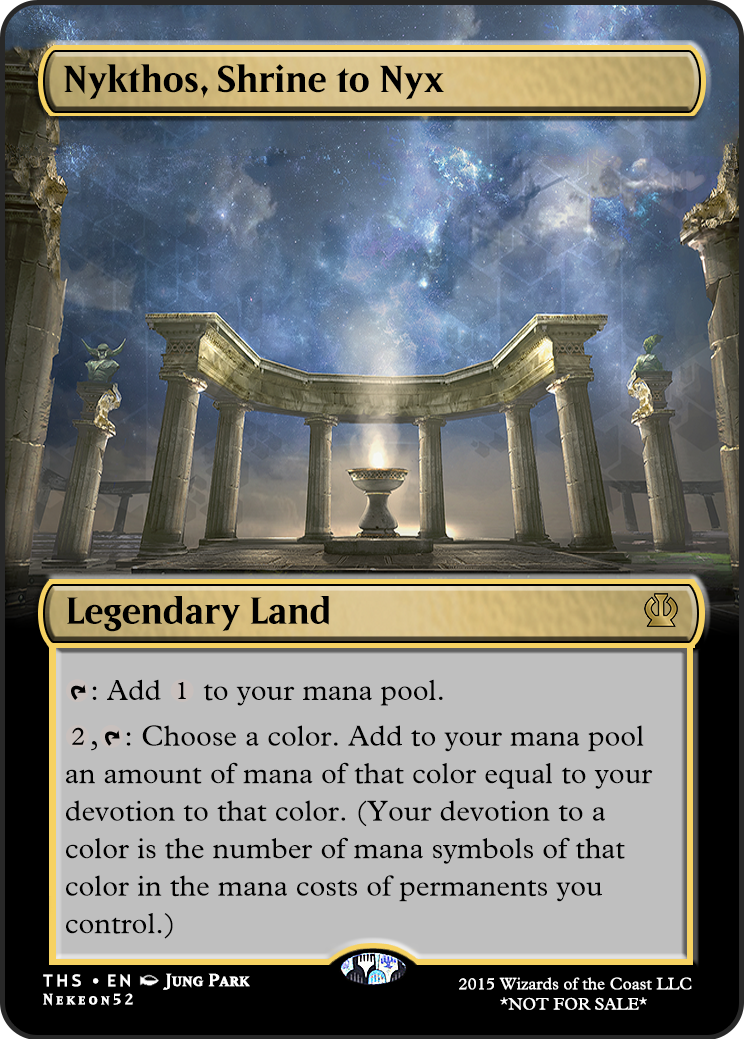 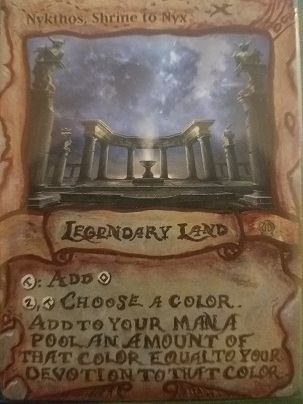 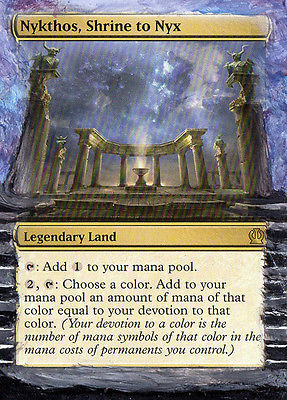 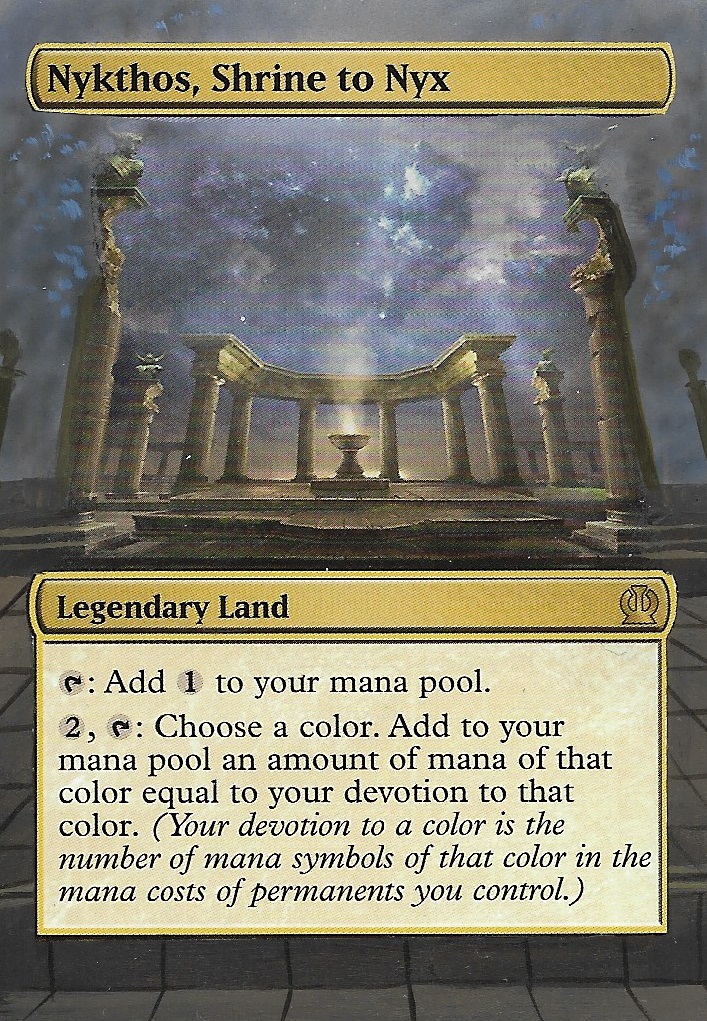 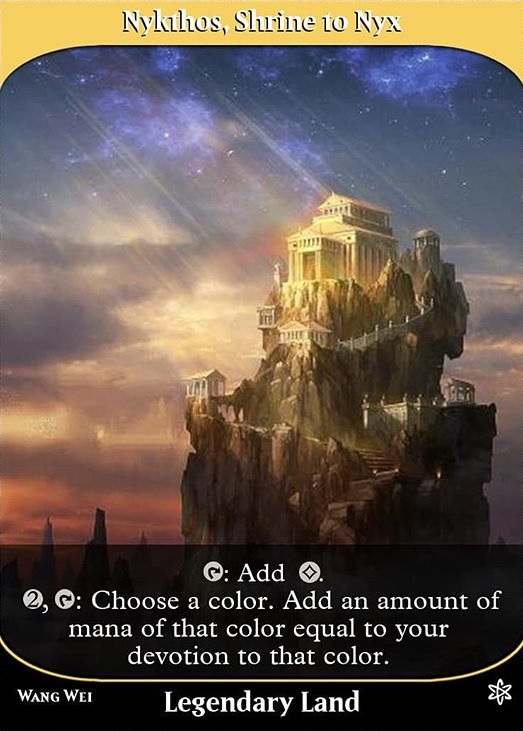 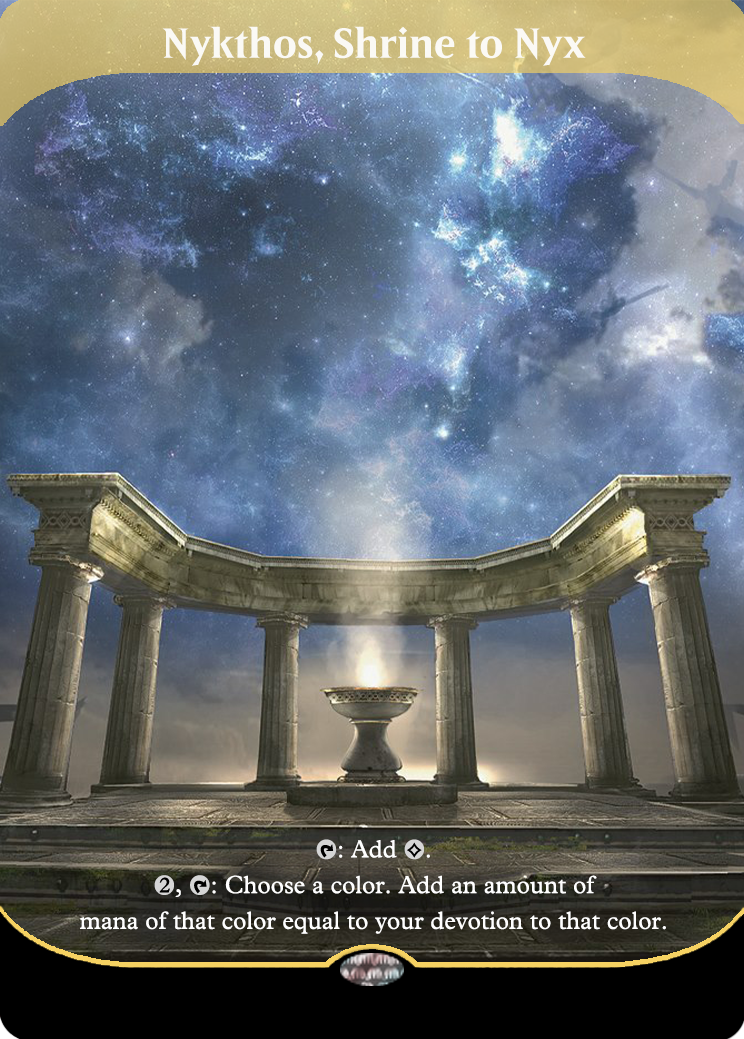 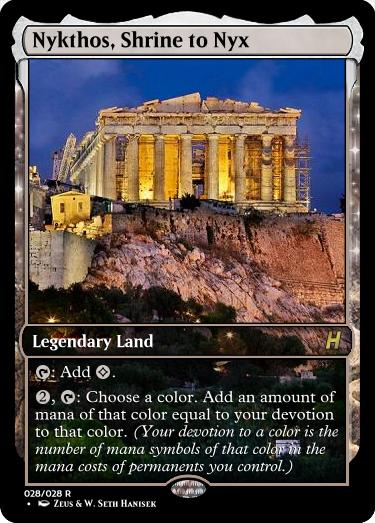 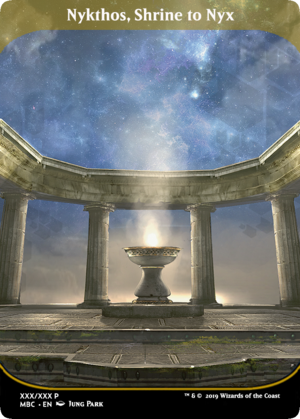