Your opponents can't cast spells during your turn. 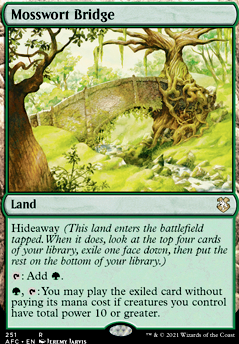 See....most cEDH decklists just have Dragonlord Dromoka and Terror of the Peaks and you just feed Tiamat to Food Chain for multiple ETB triggers. I for one ask the simple question: "Just two dragons in the 99?"

legendofa on Could I get help with â¦

I don't have any great suggestions for commanders (I would have said Saskia the Unyielding, but she's not Naya), but Dragonlord Dromoka offers a mini-protection package that helps ensure your attackers do what you want them to do.

I know the feeling, and at the end of the day your list will likely change once you get more games under your belt depending on your local meta etc. I've found that my dragons need to have a major impact the turn they hit play (from ETB or attack triggers if you run enough haste enablers) as they tend to die fairly quickly, so that's something I'd keep in mind when choosing which ones to keep and cut. I'd also add Crucible of Fire to the above list of potential cuts, it's cool but I find it to be slightly overkill, so the way my list is designed I'd rather run a mass-reanimation spell instead. I also gotta highlight Hellkite Courser , it's just perfect for the Ur Dragon!!

You have some dragons in here I'm looking to acquire myself at some point, Dragonlord Dromoka and Morophon, the Boundless are high up on my list!

I just wanted to say that just because a Commander has not been literally just released, does not mean it has been "solved".

What I mean is, there are some older Commanders (both in and outside of these colors) which can be fun, competitive, adaptable, AND fairly unexplored.

The best example in my mind is Dragonlord Dromoka.

He can be built simply as a beatdown strategy and work fairly well, but, you can instead try building him as a heavy-handed infinite combo deck as well.

Effectively having Grand Abolisher as your Commander allows you to do your infinite comboing without any pesky interruption and win every single time you have the mana and cards.

And to boot, I've never actually seen anyone do it before. (I wanted to, but never did.)

And even if a Commander has been built by many people, many times, they may not have done it in all of the possible ways (styles of play).

Many people have made a Wolf-Tribal deck for Tolsimir, Friend to Wolves, but I haven't seen many people make a heavy blink/flicker deck for him, abusing the life gain with cards like Well of Lost Dreams and saccing the extra tokens with Phyrexian Altar.

Point is, I don't think the Commander has to have just come out to be unexplored/have unexplored avenues.

(A personal favorite of mine is Yasharn, Implacable Earth blink/lands matter.)