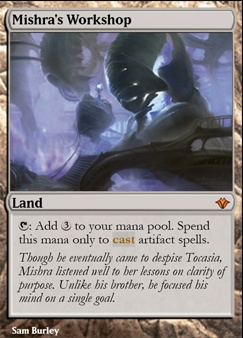 : Add to your mana pool. Spend this mana only to play artifact spells. 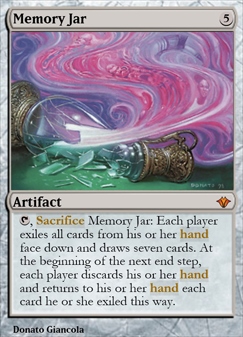 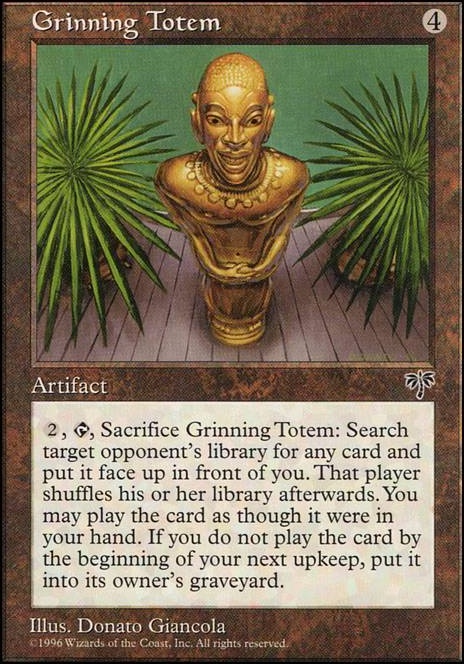 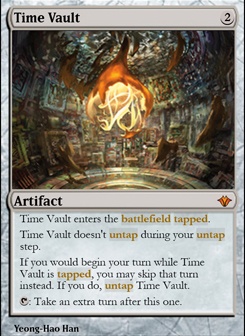 Also I converted my Balan deck to an Ardenn, Intrepid Archaeologist / Kediss, Emberclaw Familiar deck like a month ago, and now I can never see myself going back. It is far superior. I can usually win the game (not just kill one person) by turn 6, even with removal that slips through. Although it is theoretically possible to win on turn 2.

Now I'm not saying you should make the switch, as you probably have your reasons for not doing so. Also, the closer the deck gets to a cEDH deck, the less fun it gets, or at least that's what I've discovered. Notable differences between our decks are Jeweled Lotus , Mox Opal , Colossus Hammer (I guess you took that out since you can't get a free equip as often), Sigarda's Aid (you've explained that one and I just disagree, but whatever), Masterwork of Ingenuity , and Mishra's Workshop (I also play like twice the amount of equipment that you do). It is also notable that surprisingly enough I don't play Mana Crypt

So yeah, just things to consider. I expect you to take this comment with a grain of salt, so pay attention to my other comment instead.

Oof. My first test hand was Mishra's Workshop , Mana Vault , Jhoira's Familiar , Thespian's Stage , Commander's Sphere , Bonders' Enclave , Kuldotha Forgemaster . Turn one mishra's into vault into golos turn 1. Golos plays vesuva from deck. So turn one double tapped Mishra's Workshop , a tapped mana vault, and a golos. 2nd turn my draw was an Ancient Tomb . Turn 2 I just wont even use the ancient tomb to make a point. Play Commander's Sphere and play Kuldotha Forgemaster . Turn 3 draw is Darksteel Forge . Heck at this point... Play Ancient Tomb , tap all mana to get 9 to play Darksteel Forge from hand. t3 darksteel forge. Also, t3 I'll tap Kuldotha Forgemaster at instant speed likely on end of opponents' turn sacrificing golos, sphere, and vault, to get Blightsteel Colossus t3. t4 I draw a sanctum of ugin. Tap both mishra's workshop and the bonder conclave to cast golos. Search for dark depths tapped. Play Thespian's Stage from my hand. At eot on opponents turn I can tap the ancient tomb to pay the mana for stage, to turn it into dark depths to make a 20/20 marit lage token. I'm also attacking with an 11/11 infect, trample, double indestructible (I know 2x instances doesn't count for that keyword) creature on t4. Also at the end of that same turn 4 I can marit lage into play.

So this was literally the first playtest I've done with this deck. And for this to be the inagural playtest that's kind of exactly beyond what I would want to happen XD. The idea is to fast ramp and use golos to help that, then play out eldrazi and replay golos again to search for more lands to be able to convert the mana into colored mana to start spinning the golos wheel for powerful eldrazi or more ramp to spin the wheel more times. The same kind of strategy both kozilieks have just as a mana ability instead of a cast trigger. The 2nd hand I accidentally drew looked much more mundane, so I doubt this would ever be the norm, but I still could see regular hands allowing a t5 eldrazi probably. I mean, I would expect that in a colorless eldrazi deck with tons of ramp anyway, the difference is they would always have the eldrazi to play and then the fuel after that from all the cards they drew. But this was a cool start I just had to share. Mana vault AND mishra's turn 1 into golos to double mana vault turn 1 is DISGUSTING. But that's what happens when you draw 2 eternal format ramp artifacts/cards turn 1. Just sharing on my own post because this is the kind of thing that's legendary and want to put keep it around. Maybe you'll enjoy it too XD

michaelvlevine I'm trying to make a deck based on yours for my casual playgroup. Safe to say I can't afford Bazaar of Baghdad, City of Traitors, Grim Monolith, Mishra's Workshop, Mox Diamond, and Serra's Sanctum. However, my playgroup has agreed to allow 6 proxies per deck. Would Basalt Monolith work to replace Grim Monolith? I'd like to reduce the overall power of the deck by replacing some cards with flavor cards like Omen of the Sun, Heliod's Intervention, and Spear of Heliod. Cool deck man!

Nekusar's Perfect Storm of the Mind

Hey m8 this seems like a pretty clean list for 2017, any updates? I've personally been enjoying Mishra's Workshop and Teferi's Ageless Insight. Now don't get me wrong, +1 from me, so just share any thoughts/changes and how close you believe you've hit the mark. If you're not interested in sharing, no biggie and I hope to hear from you right away! - Fellow Neck Romancer

In terms of actual suggestions, I have noticed that the Mishra's Workshops are a little annoying sometimes because they aren't allowed to tap to equip, even if they are allowed to tap to cast the equipment. They seem really good and necessary for the deck, though, so I don't know what to do about that.

Omniscience_is_life on A lot of mana quickly

what I have right now for generating 11 T1 is:

play the Workshop, tap for three and cast the Monolith and Vault. Play Crypt and Diamond, tap Crypt and cast Key floating one. Tap Monolith/Vault floating three more, going to four, and use one to activate Key untapping Monolith/Vault. You're at three, and now just tap the Vault and the Monolith, going up to nine floating, then crack Diamond and go to... Oh just realized it's twelve. Well, go to twelve.