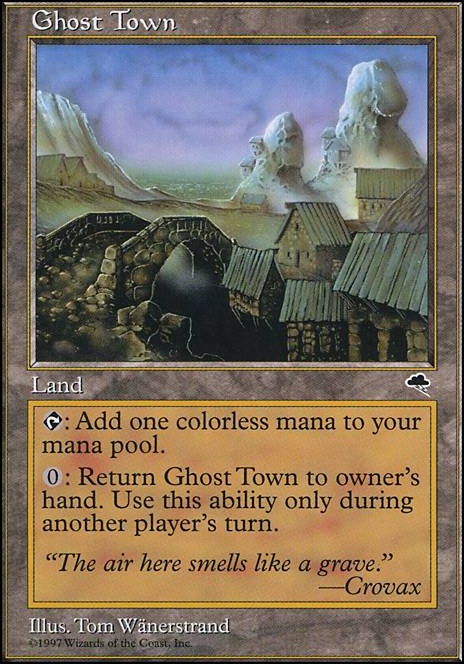 (0): Return Ghost Town to its owner's hand. Play this ability only if it's not your turn.

Mina and Denn Landfall
by IamRancor

I like Ghost Town for sure. I'll throw that in. Breath of Fury I'll have to see, not sure about losing a creature every combat.

There are ton's are good cards for this strategy and I'm having a tough timing fitting the good stuff in lol. Happy Brewing!

Hey, cool deck mate! Always love to see Kamahl getting in there.

If you're looking for some not-too-pricey ways to support your main combo, have you given any thought to these?

Breath of Fury - a bit all-in, but can do a good impression of Moraug with even a modest attack force.

Ghost Town - land that can ensure you make a landfall trigger every turn.

Ghost Town is super rad, in its own accidentally-for-landfall way.

I love statistics though.

I just want to mention Gaea's Touch , this card is criminally underplayed.